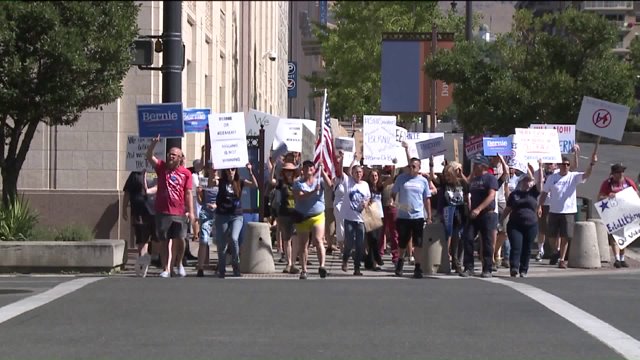 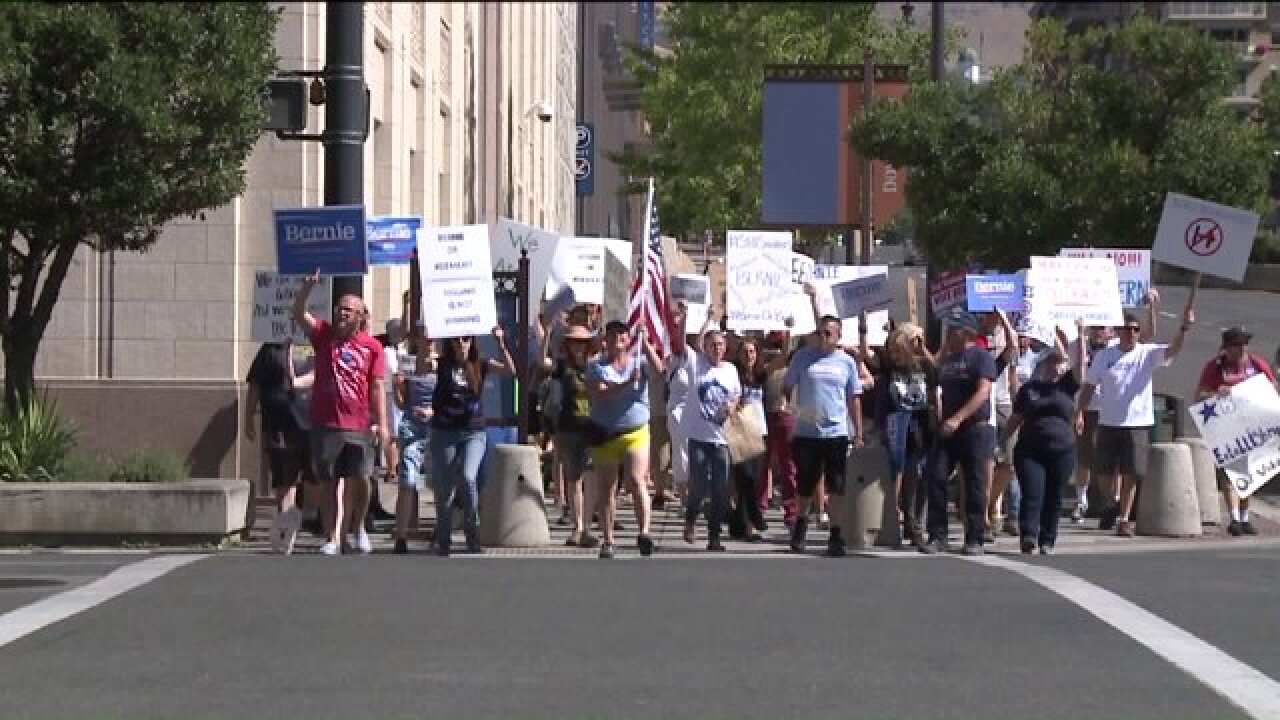 Emails from DNC staffers released by Wikileaks appear to show the Democratic National Committee favoring Hillary Clinton over Bernie Sanders during the primary process. Chairwoman Debbie Wasserman Schultz announced Sunday she will resign at the end of the party's convention, which begins Monday.

"It's not okay to rig the primary, and that's essentially what they've done here," said Felicia Taylor, one of the two organizers of Sunday's rally.

The rally started at West High School, where Sanders gave his second speech in Utah, and ended at Liberty Park, some 3.4 miles later.

"We even had one Hillary supporter come up to us and join us saying, 'I used to be a Hillary supporter up until a couple days ago, but I'm with you now,'" Taylor said. "Then she walked with us the rest of the way."

The rally gathered roughly a hundred supporters, many still hoping Sanders has a shot at the White House.

"He's given Hillary his support, but he hasn't conceded," Taylor points out. "Honestly, if he's not the nominee at the end of this," Taylor pauses. "Then we're not going to be in the Democratic Committee and your party is going to be a party of the past, not the future."