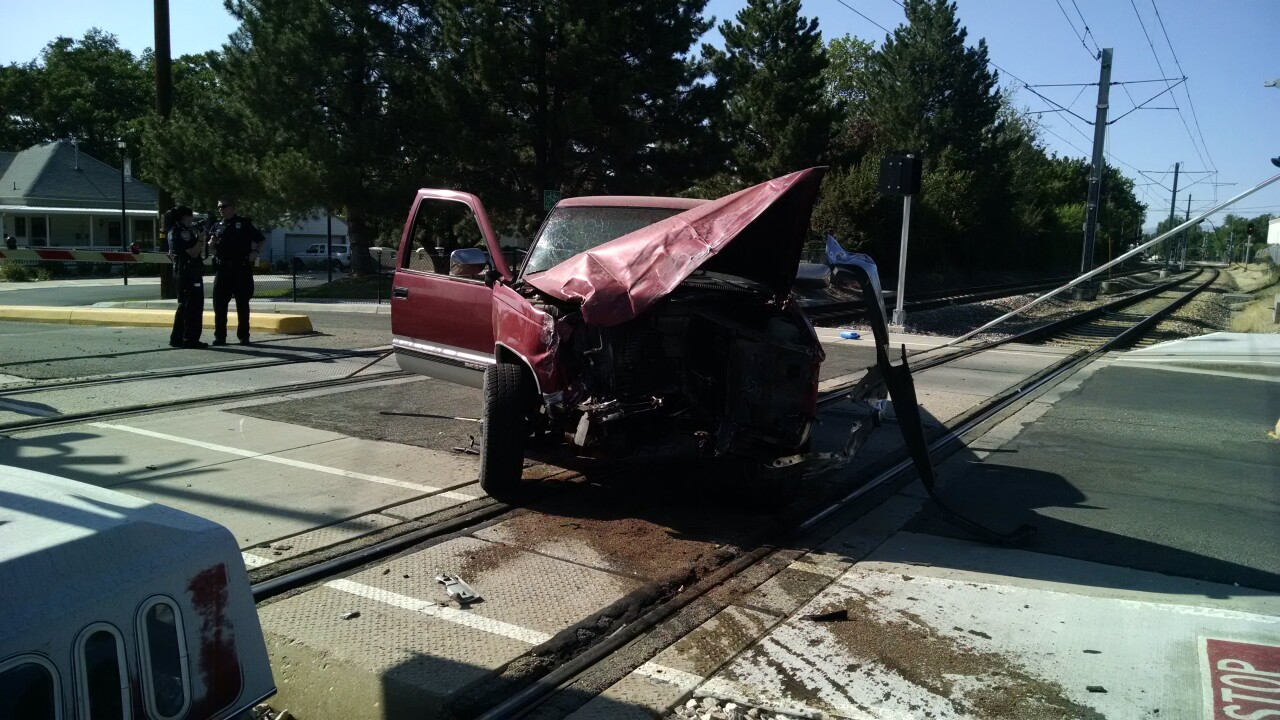 SANDY, Utah — Emergency crews responded to a crash Sunday after a pickup truck went through the crossing guard arms and struck a TRAX train in Sandy.

The crash occurred near the Historic Sandy UTA station, located at 9000 South and 165 East. FOX 13 News first heard report of the crash around 5 p.m.

Police at the scene said a westbound pickup truck went through the crossing guard arms despite them being in the down position. There were no injuries reported in the resulting collision between train and truck.

The southbound train line is expected to be down for about two hours. It is unclear why the driver of the pickup truck did not stop for the crossing guard arms.