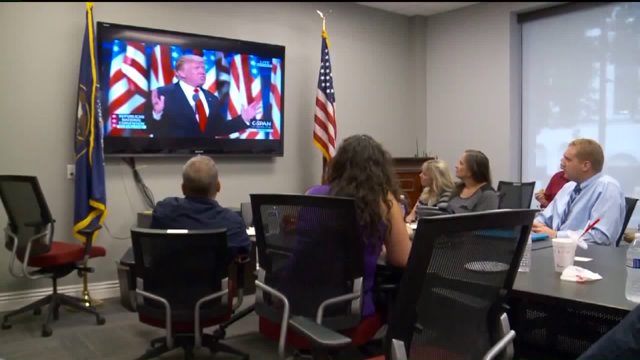 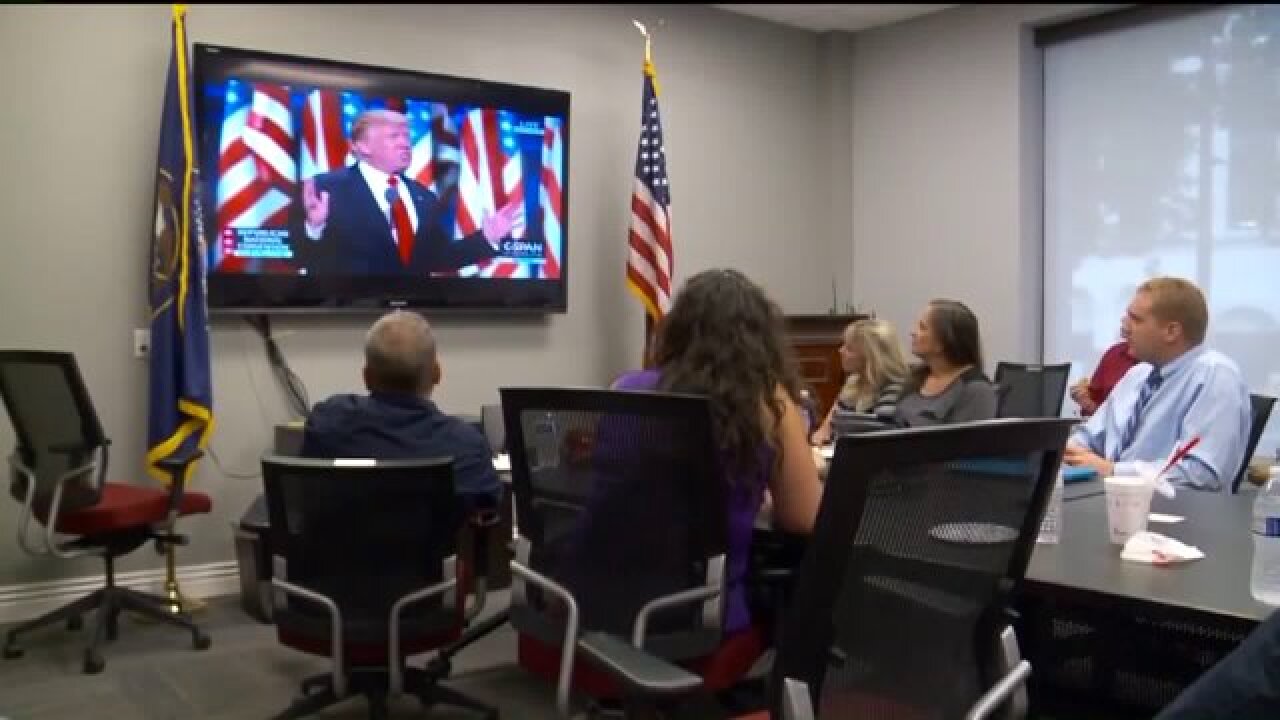 Throughout Trump's more than hour-long speech, the room broke into applause to show their support. It's a far cry from where many Utah Republicans stood during the primaries.

Most supported Ted Cruz as their candidate of choice, but those who attended the meeting said they're starting to come around to unite behind Trump.

"I am loving the opportunity to see what Trump is all about," said Utah Republican Party Secretary and self-proclaimed "Cruz girl" Lisa Shepherd.

"He's come out and been more of an official and less of an actor or an entertainer," said Brady Quinn, Utah Young Republicans Outreach Committee Chair. "That's what we need in a candidate."

Many, like Shepherd, still remain Cruz fans, though his controversial move not to endorse Trump during an RNC speech Wednesday night left some with mixed feelings.

"I don't think there are a lot of hurt feelings in Utah with Cruz's speech," Quinn said.

On the other side, Republican candidate for Salt Lake County Mayor Dave Robinson said: "I was disappointed to see Ted Cruz not endorse."

That's because he and others said, at this point, Republicans need to come together behind Trump.

"It's very important now for the party to start embracing and supporting [Trump]," Robinson said. "I certainly wanted to be here as one that would do that."

After all, Trump is officially the party's candidate for November's general election.

"I am thinking he is the one, that is going to be the energetic person who will lead this country," Shepherd said.

The one they said will unify Republicans, and America.