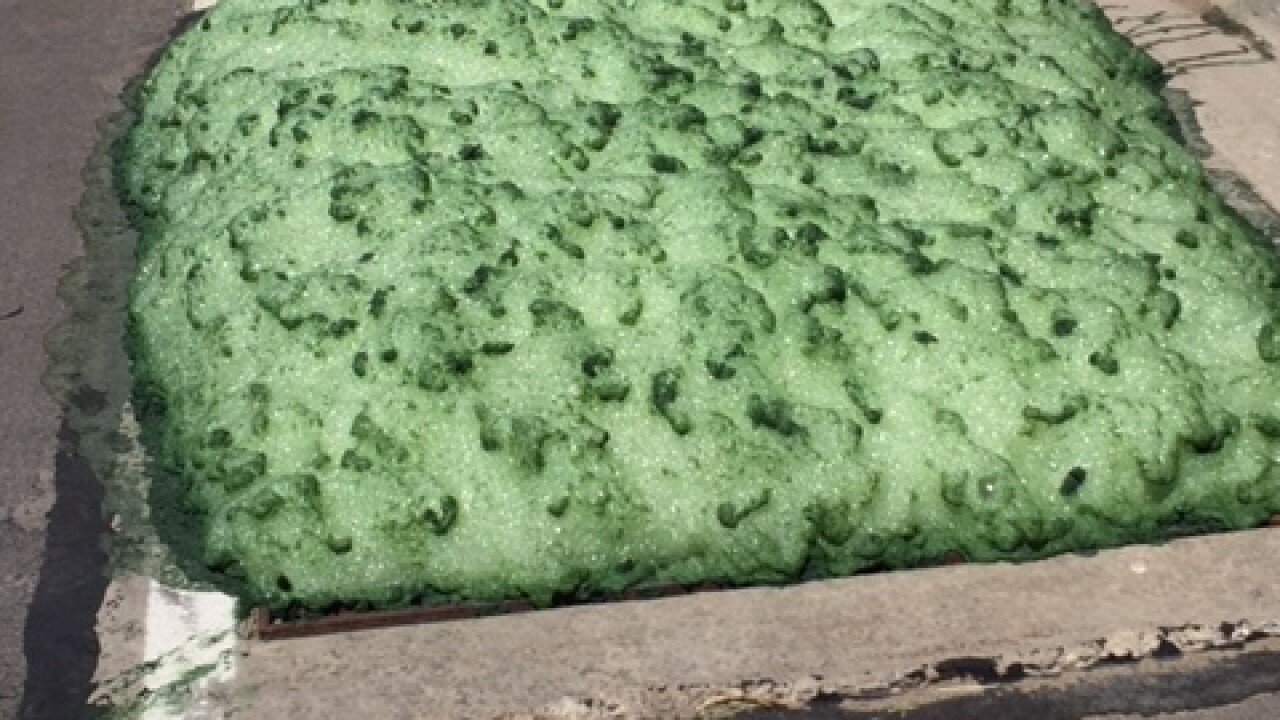 BLUFFDALE, Utah -- A strange green foam bubbling out of a sewer may seem like a scene out of "Ghostbusters," but it really happened Thursday on 3200 West in Bluffdale.

"So we got a report that there was a green foam bubbling up out of a storm drain here in Bluffdale, we sent some of our environments, scientists out, our emergency response team, to take a look," said Nicholas Rupp of the Salt Lake County Health Department.

Neighbor Tara Dahl said she could see the foam from almost a block away.

"Kind of bubbling a little bit, and then you got closer and you could see it start rising," Dahl said.

Dahl wanted to run, but instead she got a closer look.

"I was amused by it, so I just kept getting closer to kind of examine, to see what it was," Dahl said.

However, she wasn't about to touch it.

Firefighters felt the exact same way, wearing masks and gloves as they hosed the green substance back down the sewer.

"It's certainly possible that the water in the Welby Canal here does have some of that particular harmful algae that produces toxins in it," Rupp said.

Residents living near the canal are taking adequate precautions.

"My wife has usually let our dogs swim in it, so we're not doing that because we heard there are some issues, but I am still using the water in my yard," said neighbor Brad Nielsen.

The county says it's not likely the foam is algae related. They said the canal recently underwent a moss removal process, and they believe that's the real cause.

"The chemicals that they use for the moss prevention process, or moss cleaning process, foams, causes a foaming action," Rupp said.

Just to be 100 percent positive that the foam is not toxic algae, Salt Lake County has taken some tests, and they are expected to have the results back by Friday. 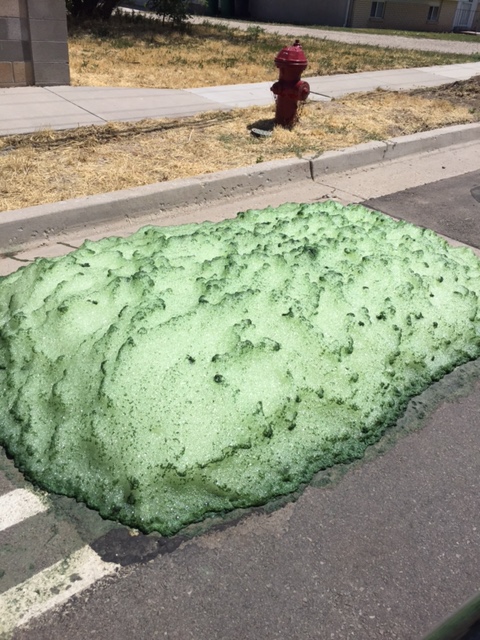