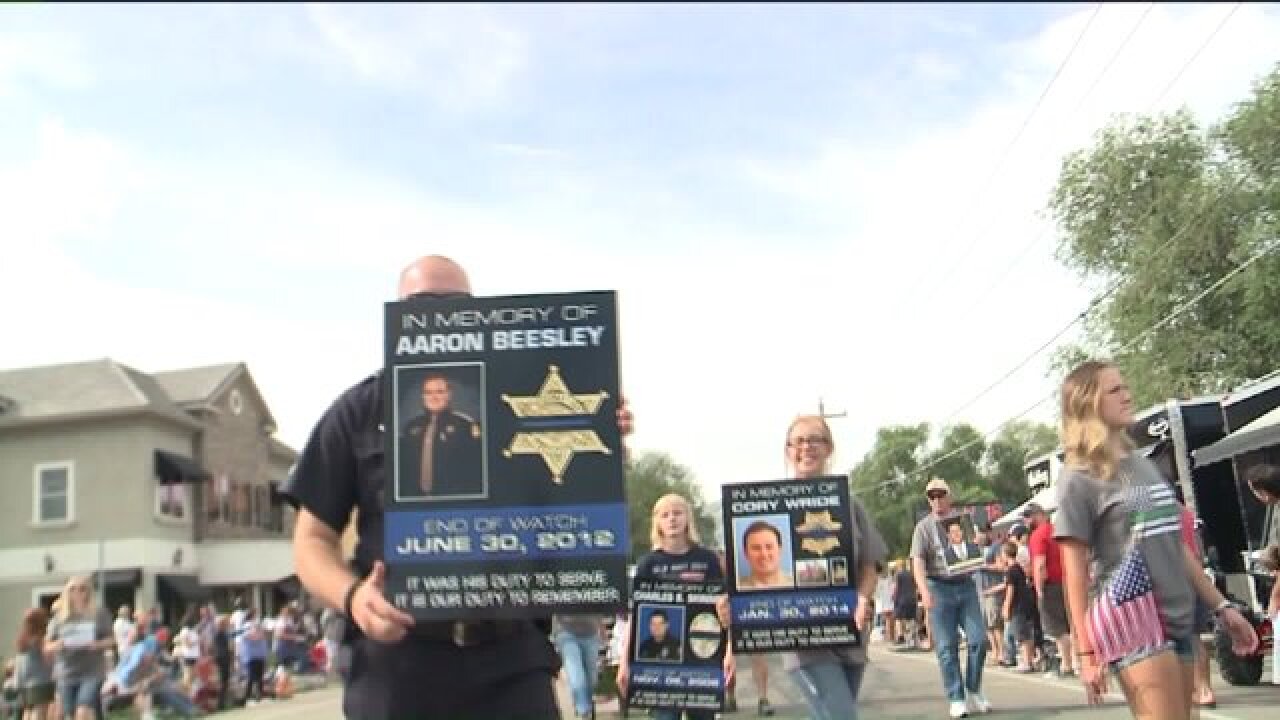 Families of fallen officers were present, including the Johnsons, the Barneys, the Ivies and many more who all carried photos of fallen law enforcement personnel.

Davis said she was moved by the crowds cheering for her little brother. Ivie was only 30 years old when he was killed. He left behind a wife and two children.

"It was really touching during the parade, everyone was standing and people were crying as we were walking," Davis said. "That was really moving."

Shante Johnson is the wife of Sgt. Derek Johnson of Draper PD. He was killed in the line of duty on September 1, 2013.

She was there to honor him, support COPS (Concerns of Police Survivors) and encourage people to run in the Fallen Officer Memorial Run in September. She said the money raised this year will go toward paying for Officer Douglas Barney's family to go to Washington D.C. To have his name placed on the National Memorial Wall. It costs about $2,500 per couple to go.

Shante and Andrea said all the recent hate directed at law enforcement in the country has made her want to see change and support for our men and women in blue more than ever.

"It breaks my heart that our country is in this situation right now," Davis said. "It's going to take a lot of courage and a lot of guts from people to stand up for what is right."