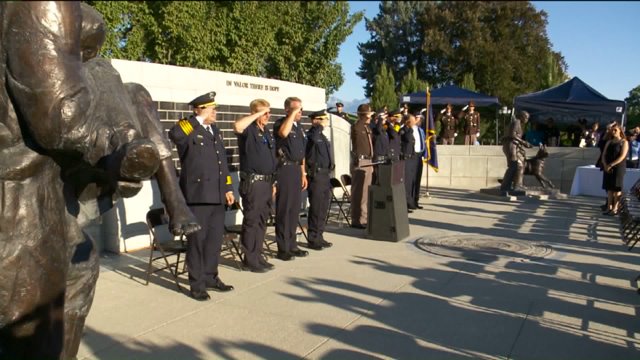 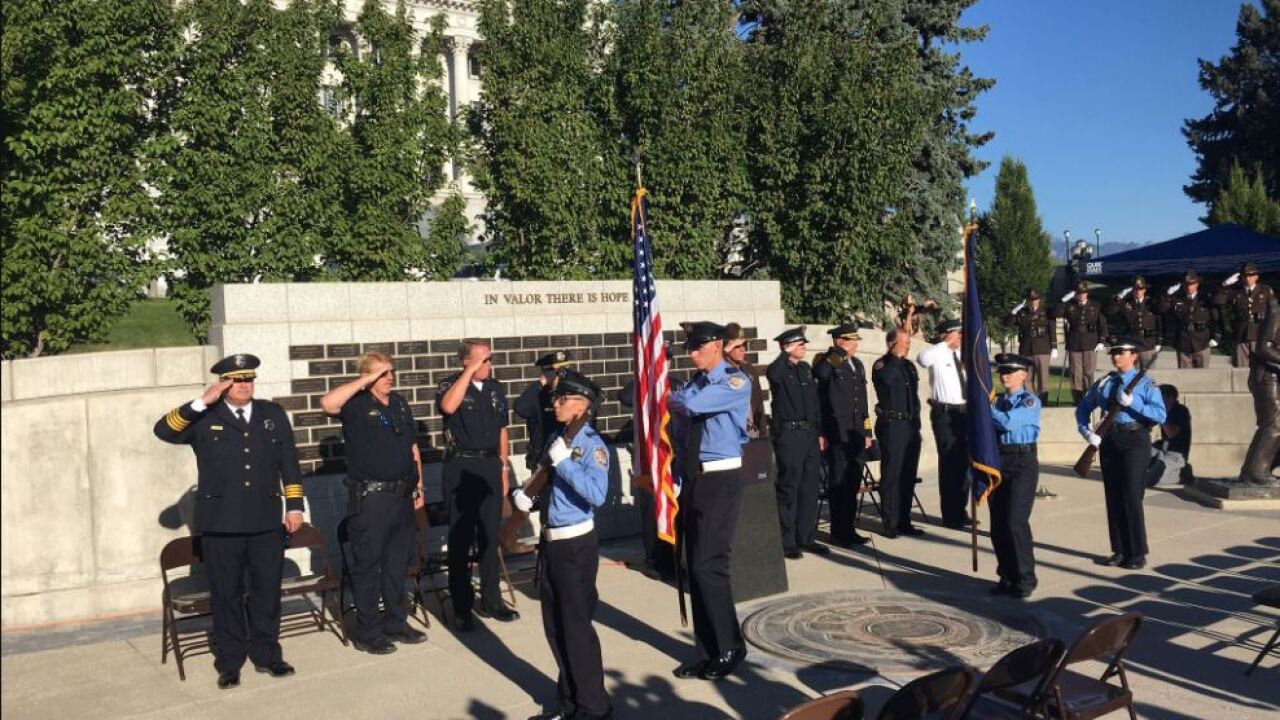 SALT LAKE CITY -- Thursday marks one week since five officers were gunned down in Dallas, and law enforcement personnel from across Utah gathered for a vigil to honor the officers killed and injured in the line of duty.

The shots were fired more than 1,200 miles away, but the tragedy hit close to home.

“When any life is lost, we must mourn, but God says blessed are the peace makers,” said Sheriff Jim Winder as he addressed the hundreds who attended the vigil for the Dallas officers who were killed and injured last week.

“This is our worst nightmare, it’s awful,” said Marnie Bobo, who is engaged to a local police officer.

More than 100 officers from agencies across the state, their loved ones, and the community gathered around the fallen officer memorial at the Utah State Capitol.

Law enforcement leaders read the obituaries of each of the five officers who were gunned down at a protest in Dallas.

“It's something small we can do, but we want them to know they're being thought of always," said Officer Edwin Meono of the Unified Police Department.

Unifying the brothers in blue is their mission to protect and serve.

“Peace is something that comes sometimes at a price, people are routinely struck down at the prime of their life,” Sheriff Winder said.

The officers were fatally shot by Micah Johnson, a 25-year-old black Army veteran who ambushed them on the streets of Dallas.

“All we do is try to make use everything stays civil, and to have something that tragic is horrible, it's just shocking,” Meono said.

The slain officers were fathers and husbands, all killed in the line of duty.

“In light of all of this I have a whole new perspective of kissing him goodbye in the morning,” Bobo said. “It's hard. I’m proud of him, I’m really proud of him.”

“It was a wonderful experience here today," said Val Leonard, the mother of a police officer. "I’m proud to be here, but it’s sad we had to do something like this. These are wonderful men that lost their lives."

Those who attended signed a memorial book, which will be sent to the Dallas Police Department.