Pokemon GO: Everything to know but were afraid to ask 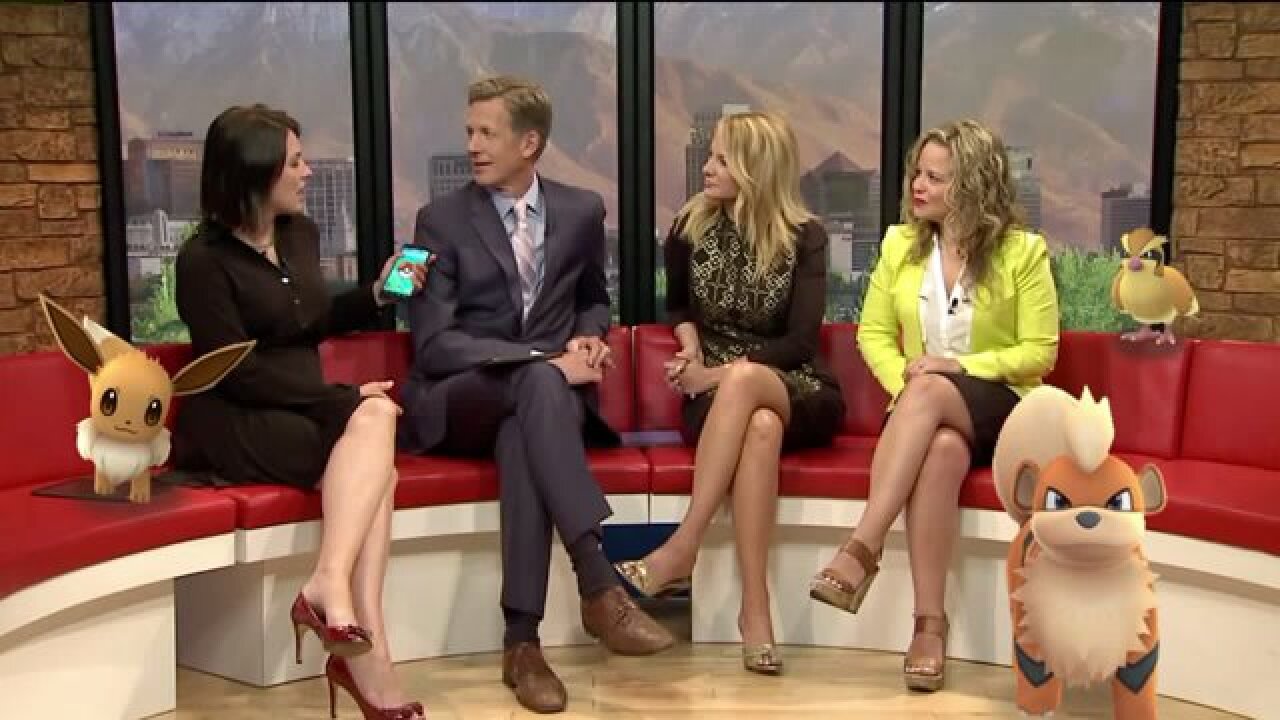 So everyone is shuffling around furiously swiping at their phones and bragging about their Vaporeon and you're just sitting here like "What's a Pokéball?"

It's okay. You're in the trust tree. All of your Pokémon questions will be answered in time.

It's an "augmented reality" game that uses real-world aspects and overlays the magical, slightly deranged world of Pokémon in a thinly-veiled ploy to get people to get out of their houses and exercising for once.

More on that later. Let's start from the very beginning.

What even is a Pokémon? Please help me, I am so lost. My friends would disown me if they knew of my ignorance.

A Pokémon (short for pocket monster) is a little animalian creature. There are many, many types. It's best to think of them like different species and breeds of animals. When someone is catching Pokémon in Pokémon GO, the general aim is to get as many different kinds as possible.

The most well-known Pokémon is Pikachu, who you will surely recognize regardless of how out-of-the-loop you are.

How do the Pokémons get in my phone though?

IMPORTANT NOTE: The plural of Pokémon is Pokémon, not Pokémons. Although it is funny to say, if you are intentionally trying to sound like someone's out-of-touch aunt (which is definitely an aesthetic, no judgment).

Anyway, the app, which is free to download and play, uses GPS to make a cartoony map of your neighborhood and basically anywhere you go. In this colorful, slightly Big-Brother-y version of reality, Pokémon are interspersed throughout, and when you come within range of a Pokémon you can "approach" them and they will show up on your phone.

The game uses your phone's camera, so you will get the very disconcerting impression that there is a ghost Pokémon flapping or undulating directly over your desk, your bath water, your local place of worship, etc. and only you can see it. It's very "6th Sense."

What do you do with them?

The game gives you a limited amount of Pokéballs so you can trap wild Pokémon by throwing balls at them using a flicking motion with your finger. It's extremely frustrating. Sometimes they try to resist, other times they go quietly into that good night and you are rewarded points and other goodies.

While the Pokéhoarding aspect is certainly enough to keep you in the game for hours like a kawaii FitBit, you can actually use your Pokémon to fight other people's Pokémon and earn all sorts of other items and bragging rights.

Points and Pokéballs. You are losing me, friend.

Okay so you have an avatar, which is basically you if you were a sexy animated Pokémon trainer. Your little guy or gal gets experience points when you do stuff, which makes them a more powerful Pokémon trainer and allows them to "level up."

Here's the important part: To get more Pokéballs, you walk to different "Pokéstops."

Pokéstops are usually at interesting places around your city or community. Let's say you were walking down Main Street, Whereverville. You might find a Pokéstop at a popular store, landmark, work of art or other point of interest. There are several in the CNN Center in downtown Atlanta alone. Don't be jealous.

The ideal gameplay strategy is to walk around, trying to cover a lot of ground to get to different Pokéstops and come across different Pokémon who might be hiding in your path.

That sounds dangerously close to exercise.

As mentioned before, Pokémon Go is clearly nothing more than a ploy by Big Video Game to get you up and moving around. There are several incentives in the game that prove this, and the most blatant are "eggs," which are unhatched Pokémon you can acquire at Pokéstops. In order to hatch the eggs, you have to walk to "incubate" them; 5 kilometers, 10 kilometers, etc. How transparent is that?

It works, though. Here's the search frequency of the query "5km in miles" from Google Trends.

That spike is July, when Pokémon GO was released in the U.S. Coincidence? Probably not. People are just planning their Pokémon GO strategies and learning about the metric system.

In fact, loads of players have reported alarming increases in their physical activity.

I still harbor reservations and/or I am resistant to change. Is this game scary?

While response to the game has been overwhelmingly positive with people trading stories of friendships and discoveries made, Pokémon GO has had its share of literal pitfalls. A girl found a dead body while playing, a group of teenagers used the app's in-game features to lure people close and rob them, and police departments have even issued mildly bemused warnings to players reminding them to do basic things like look both ways before crossing the street.

The nature of the game also means you may be tempted to loiter and tresspass a little. How far are you willing to go for a Pokémon? Kayaking in a fountain? Sneaking in a neighbor's backyard? It's happened. One guy has even made a few dubious friends after his home -- a refurbished church -- was designated a Pokémon Gym. We'll save you a question: A gym is a place where you can take your Pokémon and fight them with other nearby people's Pokémon.

Anyway, this poor guy now has people parked in front of his house at all hours, tapping on their phones like lunatics in a quest to be the very best. (That's a Pokémon reference. You wouldn't get it.)

This seems complex. Next you're going to tell me it gets even MORE complex.

It does. Really, there's so much else going on. Playing the game will net you things like potions and stardust and candy and then there's the issue of evolving Pokémon and trading them, and there are plans to release a companion wrist device that alerts players of nearby Pokémon even without a phone in hand. Oh, and there are teams. There's no need to get into that. You learned what a Pokémon was today, and that's enough.

When will this go away?

So far the game is a phenomenon. Nintendo's stock has skyrocketed. The app is already netting more downloads than the dating app Tinder, and is on pace to outperform Twitter in daily active users. It hasn't even been released in most of the world.