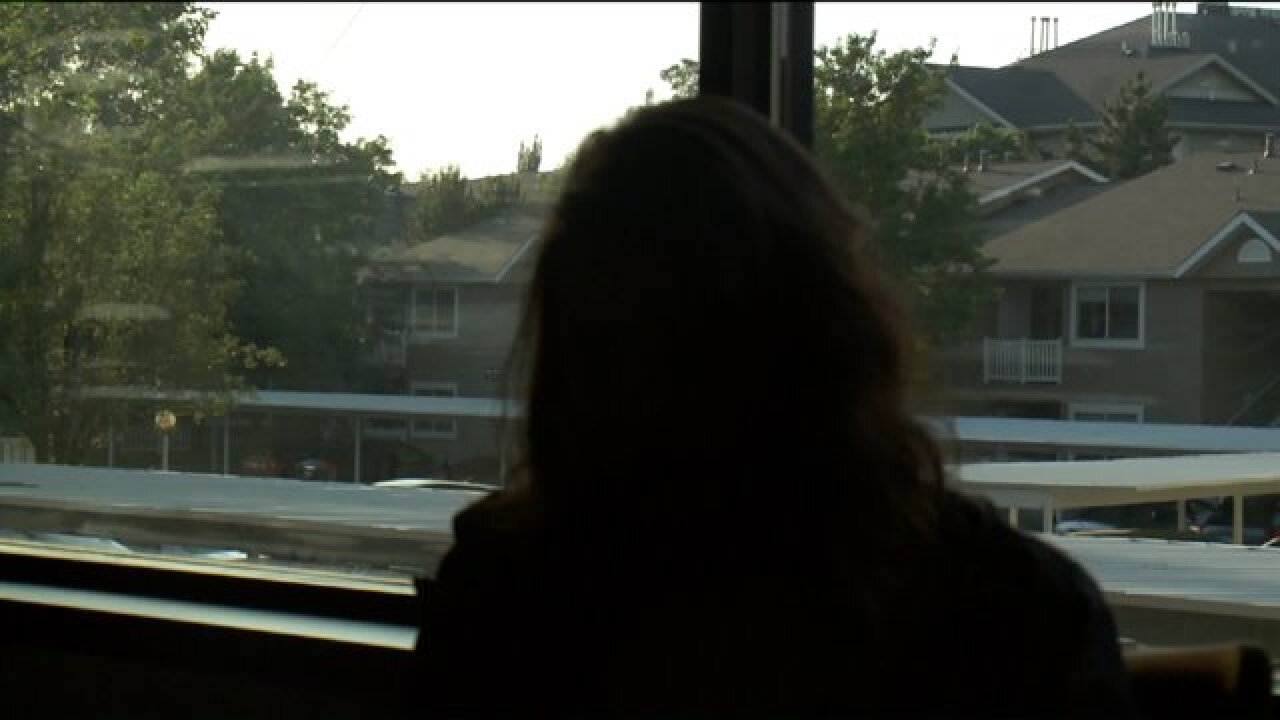 COTTONWOOD HEIGHTS, Utah – The victim of an alleged rape says she has a shot at justice again after the Salt Lake County District Attorney’s Office declined to file charges in the case.

Cottonwood Heights Police weren't satisfied with that outcome and took the matter to the Attorney General’s Office, which filed charges in the case this week.

For the last 10 months, the 18-year-old woman from Cottonwood Heights said she has been miserable. She said she can’t stop thinking about what happened, and she was upset that, at first, her alleged attacker wasn’t going to face charges.

“There’s not really words for it, it’s just overwhelming terror,” the woman, who asked to remain unnamed, said.

The woman alleges that last September she and an acquaintance were engaged in sexual intercourse.

The woman said the man didn't listen when she said no, and instead he allegedly forced her into other sexual acts and positions. She eventually became quiet, saying he had choked her earlier and she was afraid he might do something worse if she resisted.

Det. Brad Bailey of the Cottonwood Heights Police Department said he felt they had a solid case.

The District Attorney’s Office did not agree, and they declined to file charges.

District Attorney Sim Gill told FOX 13 News in a statement Saturday they screened the evidence three times and felt there were too many issues with the evidence to proceed. See below for the complete statement:

"I had it screened three times with different people from the sex crimes unit as well as my senior staff. Upon a thorough review we found there was not sufficient evidence that we could present to the jury and meet our burden of proof to prove the elements of a crime. There were contradictions that we could not overcome. That was true at least in the evidence that we were presented with and reviewed."

That was not a satisfying outcome for the alleged victim.

“I was upset,” she said of the DA’s earlier decision. “I felt like what had happened to me was just discarded."

“It was frustrating, we were very disappointed, we thought we had a good case, still feel we have a good case,” Bailey said.

Bailey felt strongly enough about the case that he took it to the Utah Attorney General’s Office. Friday, the AG’s Office filed two charges in the case against 19-year-old Christopher Jordan Anger: forcible sodomy and object rape, both of which are first-degree felonies.

A spokesperson for the Attorney General's Office provided this statement Saturday night:

"Each case that is prosecuted by the Utah Attorney General’s office is screened independently of other agency findings. Once in a while, the AG’s office will take cases that have been denied by other agencies. Reasons vary, but include new information at the time of screening, resource availability, and investigative findings."

Bailey said he was glad to see charges filed.

“She was definitely a victim of a crime, and Cottonwood Heights wanted to make sure we did everything we could to make sure she got justice,” Bailey said.