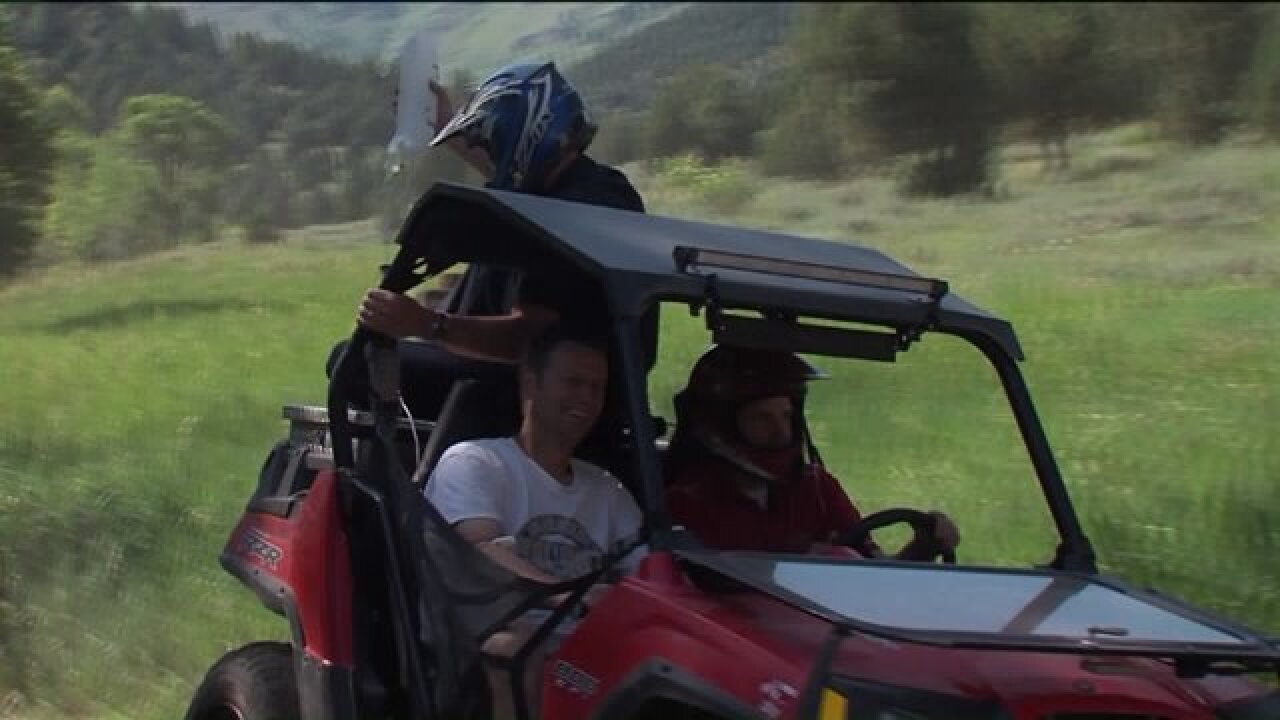 LOGAN CANYON, Utah -- A Farmington man was hospitalized after a mountain biking accident left him stranded on a trail up Logan Canyon Wednesday afternoon.

The group biking with the man said he was rescued thanks to the quick thinking and actions of a Boy Scout.

When John Wilson crashed on Jardine Juniper Trail, those around him knew it was serious. The hand break had apparently stabbed his leg, leaving a large gash.

“I was terrified,” said LDS Church Bishop Hal Christensen, who was on the trip with Wilson and a group of Boy Scouts. “When we saw the amount of blood we really thought that we might lose John.”

John is the father of one Boy Scout, and he joined the group as part of a scout's trip.

One of those scouts, Ben Bohman, had just taken an EMR course in school and wasn’t far behind when the crash happened.

“I'm a certified EMR, which is the first step to becoming a paramedic,” Bohman explained.

This proved to be his first real-life test.

“I just took off my shirt, wrapped it around, then elevated the leg,” he said.

“Ben was calm, he was thoughtful, collected,” Christensen said. “He knew exactly what to do to elevate the leg, to keep John calm, keep John talking.”

Christensen said Bohman also ran down the trail to make sure paramedics were on their way.

Emergency responders reached John on the trail and brought him back to the trailhead safely.

There, he was loaded into an ambulance that took off for the hospital.

It looks like he’ll be OK, thanks to the trained scout who took quick action to save the day.

“Ben was the hero,” Christensen said.