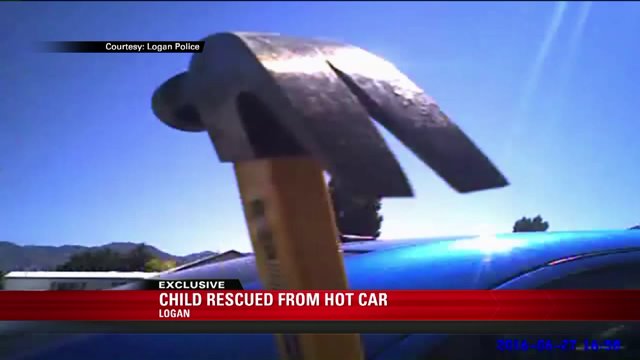 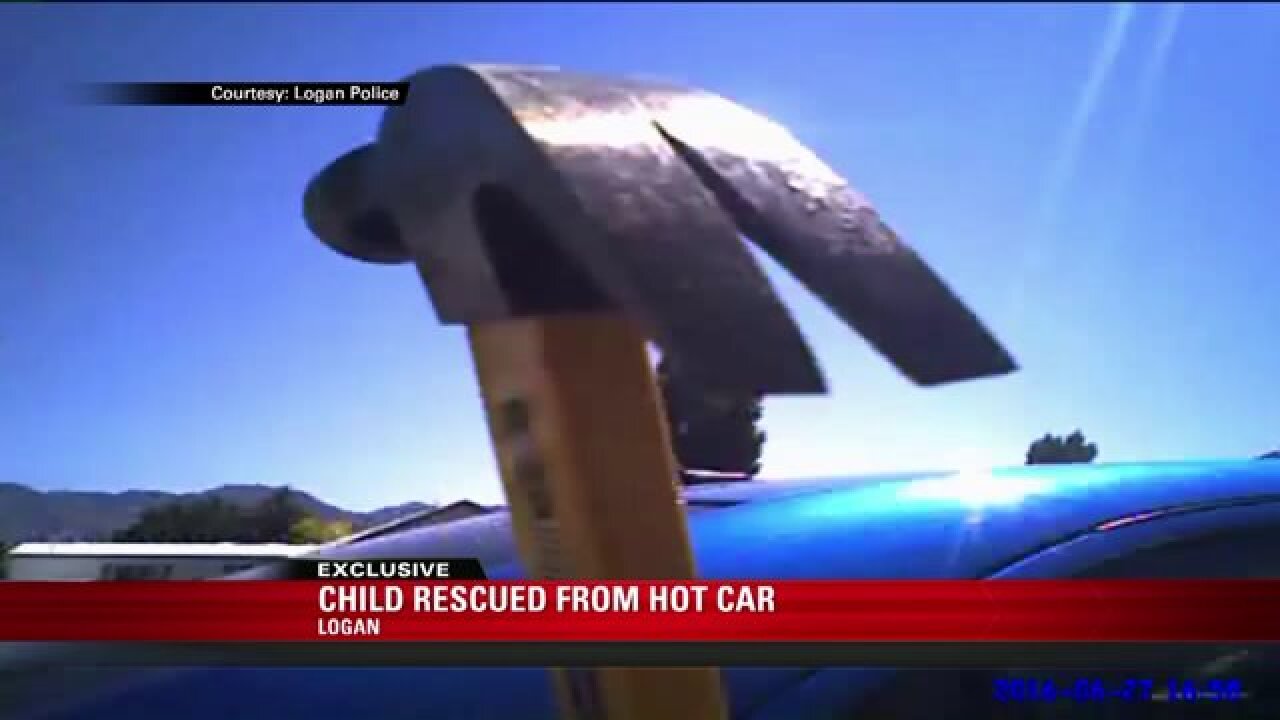 LOGAN - An 18-month old girl was trapped in a car, all alone, for 15 minutes, as the sun beat down in Logan on Monday, until police were able to break the window and rescue her.

It all took place on 50 Kings Court, outside the girl's grandmother's house.

According to Alma Zamarripa, her daughter and six-year-old son had gone to the car to get the I-pad, but her son accidentally locked her daughter inside with the keys.

"I kept telling her in Spanish to click the buttons, to pull on the knob, and she wouldn't, she couldn't capture it, she's never tried to open a door," said Zamarripa.

Outside, the temperature was 78 degrees, but inside the vehicle it was closer to 100.

Matt Woods was the first police officer to arrive at the scene.

"The child was screaming and crying," said Woods. "She was sweating profusely, she looked to the point where she was getting endangered there."

Fearing for her life, Zamarripa gave Woods a hammer.

"Seeing her reaction, just panicking, I'd rather a window go than my daughter," said Zamarripa.

Officer Woods cut his fingers reaching through the jagged glass. Inside the toddler was sobbing as she was pulled to safety.

She was immediately delivered to her mother's arms, where mom was waiting in the shade with water.

"I'm just thankful that we have caring police," said Zamarripa.

"It was nothing out of the ordinary, honestly, anybody else that works here would have done the exact same thing," said Woods.

An ambulance was called for precautionary measures. The baby was treated at the scene and she is going to be ok.