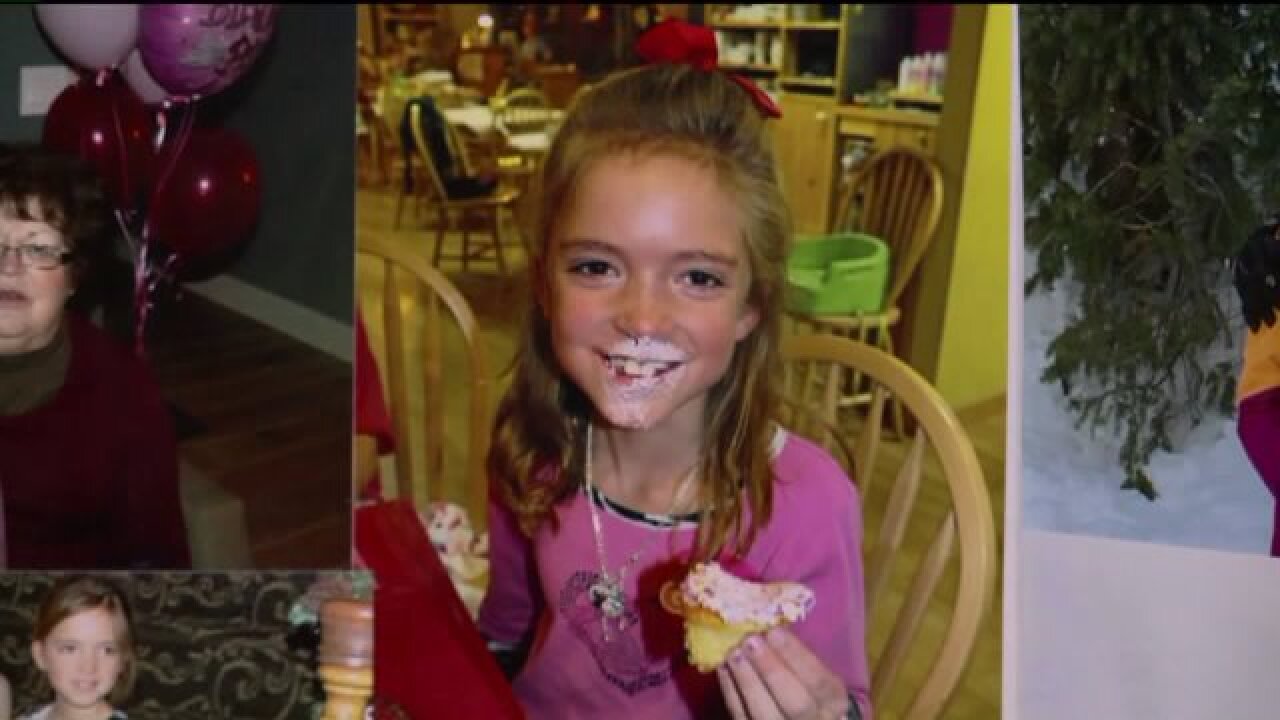 PARK CITY, Utah -- The Centers for Disease Control and Prevention says a nasal spray called "FluMist" is not effective, and the parents of a young girl who died of influenza after receiving the immunization are speaking out.

“Although we believed she was protected from the flu, indeed she was not,” said Mark Coyne of Park City.

The Coyne family lost their 8-year-old daughter after she got H1N1 earlier this year.

Her family says she was vaccinated with a nasal spray called FluMist. This week, the CDC said that way of immunization has been totally ineffective at preventing the flu this past year, and now they’re asking doctors not to use it.

But doctors told the Park City family that FluMist was the best option for their children. However, the Coynes say if they had gotten the shot instead, their daughter would still be alive.

“It’s the most unimaginable thing you can think of: Your kid is healthy one day, and she’s gone the next,” Michelle Coyne said.

“She’s in our thoughts every day,” Michelle said.

It has been four months since she unexpectedly passed away.

“We’re not complete without her, it’s very hard,” Mark said.

Days after her 8th birthday, Mackenzie got sick.

She was diagnosed with influenza at the hospital as doctors tried to save her, but hours later she died.

Her parents believed they did all they could to protect her from the flu. Mackenzie was vaccinated in November with FluMist.

“Of course we’re going through all the scenarios you could imagine you would go through when you lose a daughter like this and understand where we, how this could have happened,” Mark said.

This week the CDC said the FluMist vaccine doesn't work.

“Two of the last three seasons it hasn't worked at all, at least in our hands," Dr. Joseph Bresee of the CDC said. "We haven't seen any of our data that indicates the vaccine has been effective."

“We could have easily chosen the shot and would have if we would have known there was any risk whatsoever with the nasal spray being ineffective,” Mark said.

The CDC is asking doctors not to use the FluMist for this year's flu season. The Utah Department of Health, however, had already bought 1,200 doses.

“We have pre-ordered a bunch of vaccines, now we’re looking at CDC guidelines to see what we’re going to do with that order,” said Rich Lakin, who is a Program Manager for the Immunization Program at UDOH.

Since the CDC knows FluMist hasn't been effective for years, the Coyne family wants to know why they didn't have that information earlier.

“I hope they don’t lose faith in having children vaccinated, but I hope there’s a higher level of accountability with the system that administers vaccines,” Mark said.

Last October, thousands of orders set to be delivered to Utah were delayed because it failed tests. Mackenzie got her FluMist the next month. Now research will go on to find out why the FluMist was effective in the past and why it's not working now