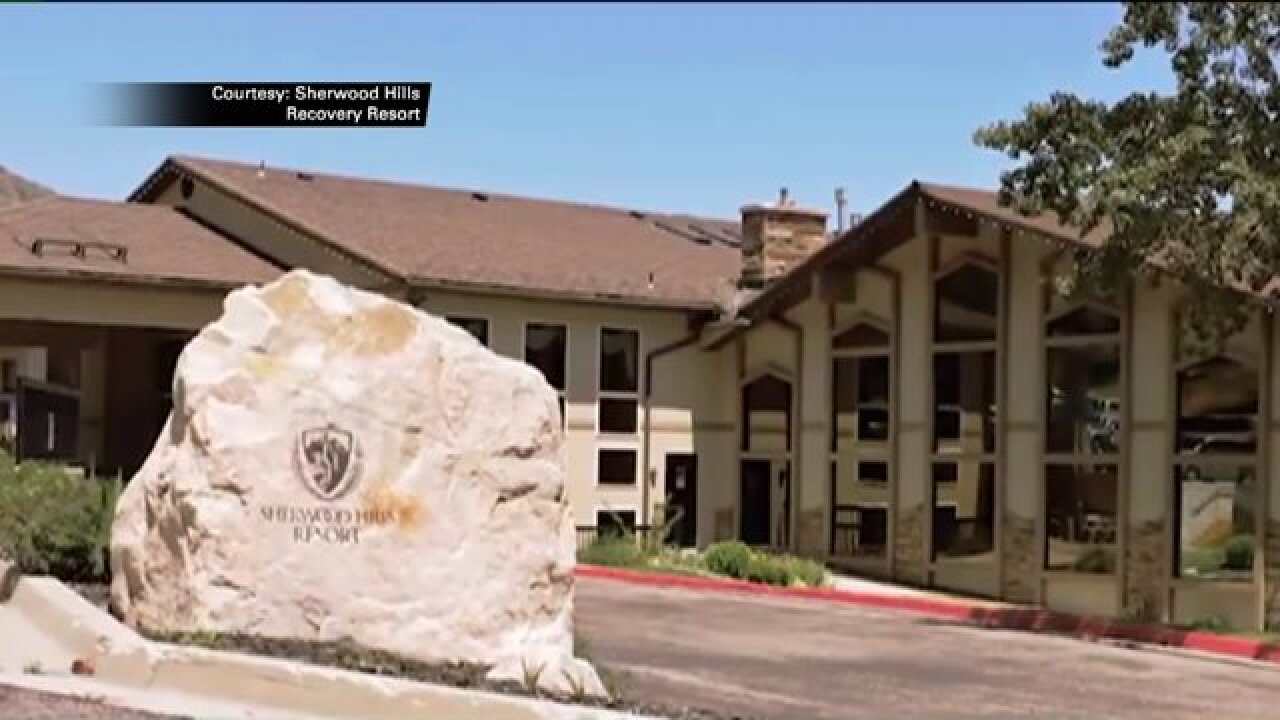 CACHE COUNTY, Utah -- A substance abuse rehab facility in Cache County has been shut down, and the center’s director says they were raided by 50 DEA agents.

Executive Director Richard Knapp calls the raid at Sherwood Hills Recovery Resort an abuse of power, but the state says it had to be done to protect the patients.

The facility located in Sardine Canyon was at the heart of a swarm of activity Wednesday.

“We understood that 50-plus DEA agents, as well as the Office of Licensing and its representatives, were at the facility,” Knapp said.

The DEA issued a warrant, starting an investigation. The state pulled the center’s license, saying in part: “...Sherwood Hills Recovery Resort is maintaining and dispensing controlled substances from an unregulated internal pharmacy.”

And: “...Clients are receiving controlled substances prior to meeting face-to-face with a Drug Enforcement Administration registered physician.”

Knapp said a raid was unnecessary.

“To point out 28 minor items that could be resolved by a phone call is just not right,” he said. “It’s not fair, it’s not just.”

Diane Moore, Director of the Office of Licensing for the Utah Department of Human Services, disagreed with Knapp’s assessment.

“I can say very clearly that if we felt like this could have been handled through a phone call, that’s exactly what we would have done,” Moore said.

The state maintains that this wasn’t the center’s first warning.

Sherwood Hills was operating on a conditional license, as the state had already asked the facility to fix some problems.

“We want resources for people in our state and people from elsewhere to be able to get the services they need, so we don’t take this decision lightly,” Moore said.

For now, the doors are closed. Fifty clients, some in the middle of treatment, will need to find some other way to get help.

“Shutting down the facility is not compliance, you know, it’s totally throwing in the towel and throwing away the garbage,” Knapp said.

Moore says they are acting in the interest of patient safety.

“I believe the public expects us to be able to ensure the health and safety—just basic, basic standards of these facilities—and that’s what we’re trying to do," she said.

Clients at Sherwood Hills were given information from the state regarding the resources they can turn to. The director of the facility says they can, and will, appeal the decision.