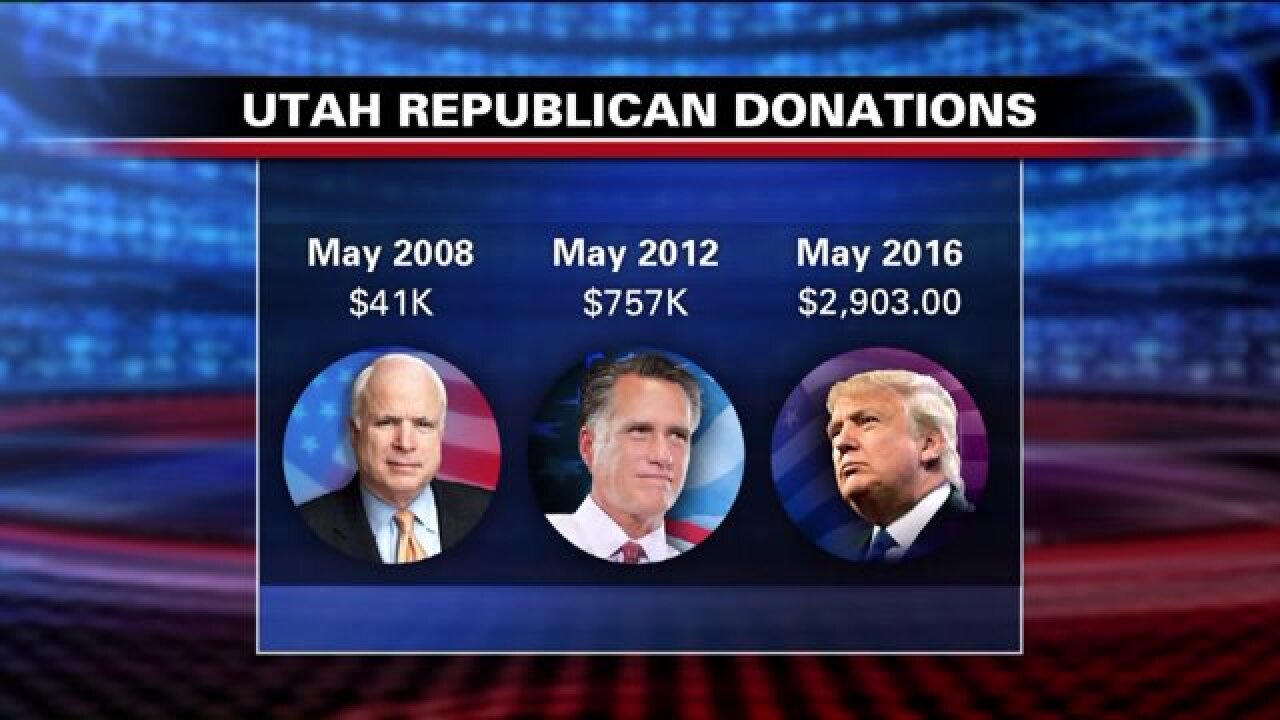 Donald Trump received a total of $2,903.00 from Utahns in May of 2016. The total comes courtesy of only eight individual donors.

More than 700 donors from Utah combined to give Democratic presumptive nominee Hillary Clinton $38,542.00 in May.