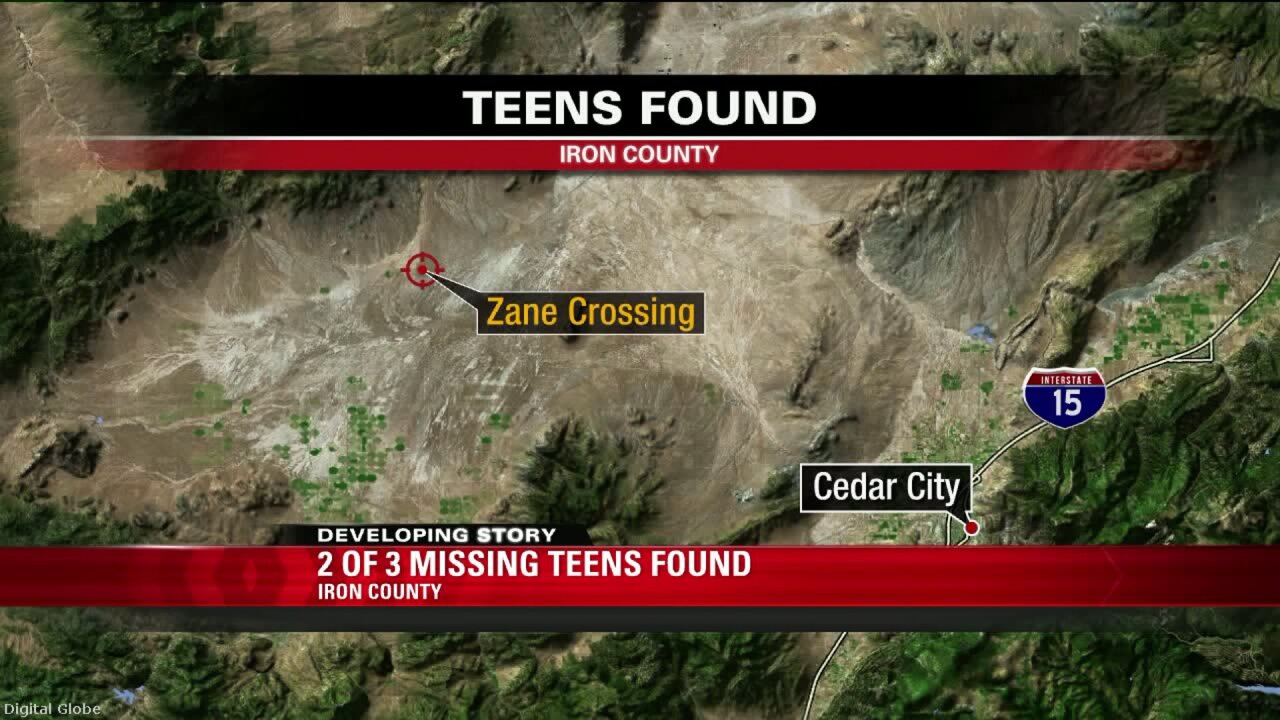 IRON COUNTY, Utah – All three of the teens missing from a Beaver County wilderness therapy program have been found in Iron County.

The Beaver County Sheriff’s Office said the first two teens walked into a cabin near Zane Rd. in the Jackson Wash area where the owner saw them and called police.

The third teen was found hours later from the air, not too far from where the other two were found.

He was in good condition and did not need medical attention.

Deputies said the teens walked away from the Red Cliffs Ascent Camp wilderness therapy program for troubled teens in the Pine Valley area at early Monday morning and were reported missing at 8 a.m.

All three teens have been turned back over to the Red Cliffs camp and are not facing charges.