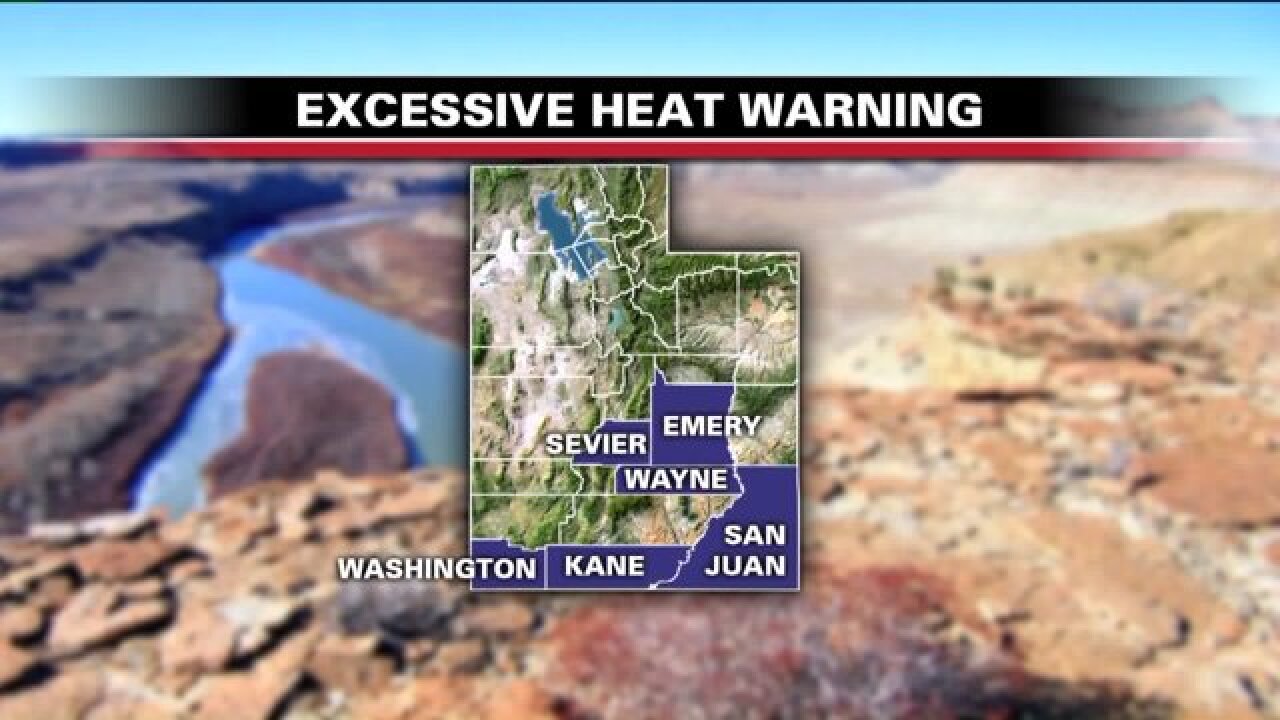 UTAH – Excessive heat is hitting Utah, and the southern part of the state will see the worst of things.

“We'll rise here along the Wasatch Front into the upper 90s, and then down in Dixie we're looking at 110 degrees Monday and Tuesday,” said Randy Graham, a meteorologist with the National Weather Service.

The NWS has issued an excessive heat warning for portions of Emery, Kane, San Juan, Sevier, Washington and Wayne counties—which will be in effect from noon on Monday until 8 p.m. Tuesday.

“You really want try to limit your outdoor activity during the day,” Graham said. “Obviously, if you have to be outside, carry extra water.”

Excessive heat can be especially dangerous for those working outside, as well as for children and the elderly. Those without access to air conditioning or swamp coolers are also at a greater risk.

Ahead of the heat wave, several people were beating the heat at Liberty Park in Salt Lake City on Sunday.

“It is very hot, so this is a very good place for us to cool down,” Merri Woods said as she and her son splashed around.

They weren’t the only Utahns enjoying the water.

“Gotta give 'em lots of water, make sure they're not walking around on the hot pavement,” Travis Riley said.

The shallow, manmade waterways at the park mimic the flow of mountain streams emptying into the Jordan River and Great Salt Lake, and they're about as close as kids should get to a stream for at least the next few days.

“We're past peak flows as far as the runoff goes, but the snow pack up there is ripe, and with temperatures like this, it's just coming off really, really fast,” Graham said regarding the speed of natural waterways in Utah at present.

Paramedic Taylor Sandstrom of Unified Fire Authority also warned folks about turning to streams and rivers to cool off.

“All of our rivers are running high, they're running fast, and they're running cold,” Sanstrom said. “So any time you're out around the rivers, up in the canyons, we know it’s tempting to get in the water, but please just be very careful about it.

Visit FOX 13 News’ weather center for the latest information on weather conditions and any watches or warnings.