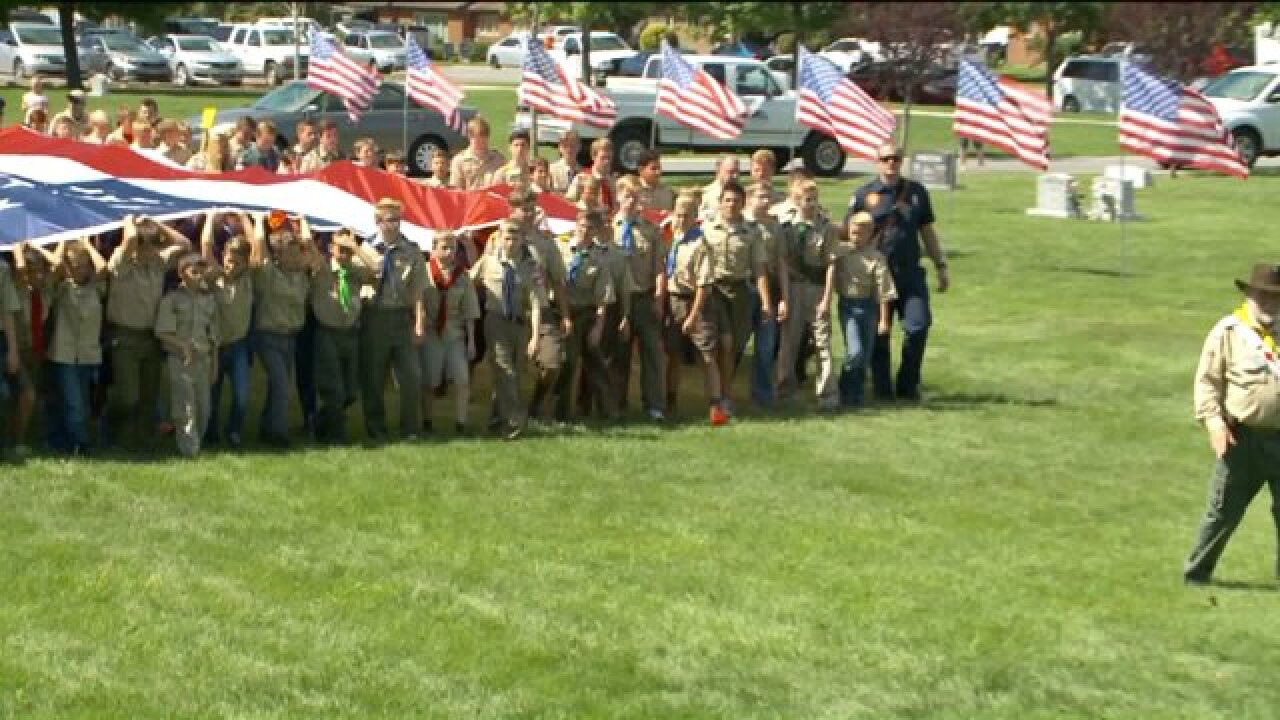 AMERICAN FORK, Utah – The stars and stripes took center stage at the American Fork Seasons Cemetery, Tuesday. City leaders joined the community in honoring the flag and our freedoms on this Flag Day.

Hundreds of local Boy Scouts covered the lawn, each holding up a 50-foot American flag, which they presented to the crowd for the celebration.

It was a moving start to a day dedicated to honoring the red, white and blue.

The flag was raised, then lowered to half-staff to pay tribute to the victims of the Orlando shooting.

“We had almost 300 young men in uniform helping us post the flag. It meant a lot to us,” said James Hadfield, Mayor of American Fork.

Local Boy Scouts were thrilled to be a part of the event.

“I think it’s an experience to be able to set up the big flag,” said Boy Scout Bryce Wilson.

City officials were also moved by the flag ceremony.

“As I stand under the flag at Flag Day, I can’t help but think of not only those who give ultimate sacrifice and have been maimed or injured, but their families that have had to live with them and the effects of war,” said Brad Frost, American Fork City Councilman.

City leaders also dedicated a new memorial garden. The focal point is a sculpture called, “The Statue of Responsibility.”

“I believe that the message is so simple, you can’t mistake it. I just think by people coming together that’s what it’s all about,” said Gary Lee Price, sculptor.

A memorial wall was also unveiled with a tribute to every day heroes.

“It was a labor of love, and you felt that love every time you walked on to the property,” Frost said.

After Tuesday, city leaders hope the community will visit the memorial for generations to come.