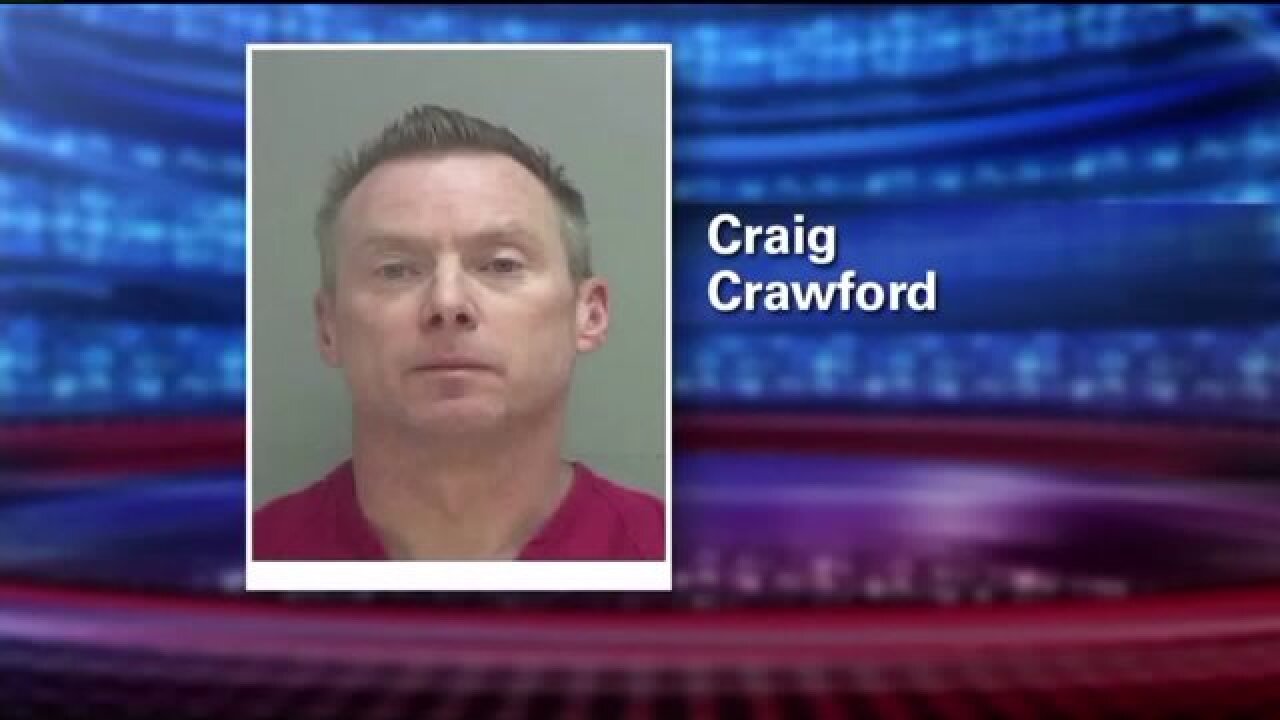 SALT LAKE CITY -- In the early morning hours of May 22nd, the Salt Lake County District Attorney's Office believes Craig Crawford lit the stairs of a house on fire, trapping his estranged husband John Williams in a bedroom.

While the house was still in flames, Pat Rogers, the closest neighbor, had a bizarre encounter with Crawford.

"And Craig came outside, he's the only one I saw, came out of the house and got me," Rogers said.

Craig Crawford, she says, tried to convince her to go inside the burning house.

"I thought 'God that's crazy, the house is on fire,'" Rogers said.

She stopped to talk with a growing crowd of neighbors, watching the four-story house go up in flames, unaware Williams was still inside.

The night of the fire is not the first time Rogers says Crawford displayed bizarre behavior.

"He'd be hollering, 'I hate you, I hate you' and he was the only one in the house," Rogers said of Crawford.

Another troubling incident involved fire. A pair of stumps along the driveway behind the Williams house sit black and charred.

"He was out here just burning stuff," Rogers said.

Every day, a newspaper arrived at Pat's house. It was not meant for her, but for her neighbor. She would walk it over each morning and leave it near the front door. After Craig Crawford had been gone on a trip, she noticed an addition outside in the lawn, a tombstone.

"It would say John Williams born 1944," said Rogers, who describes it as having a date of death not matching the day of John Williams' ultimate demise.

The troubling signs Pat watched unfold from next door were playing out in a troubled relationship.

Also filed was an eviction notice. Williams was throwing Crawford out of the house. The notice for eviction was posted around 5:00 p.m. on May 20. Investigators believe the fire was started sometime in the early morning hours of May 22nd.