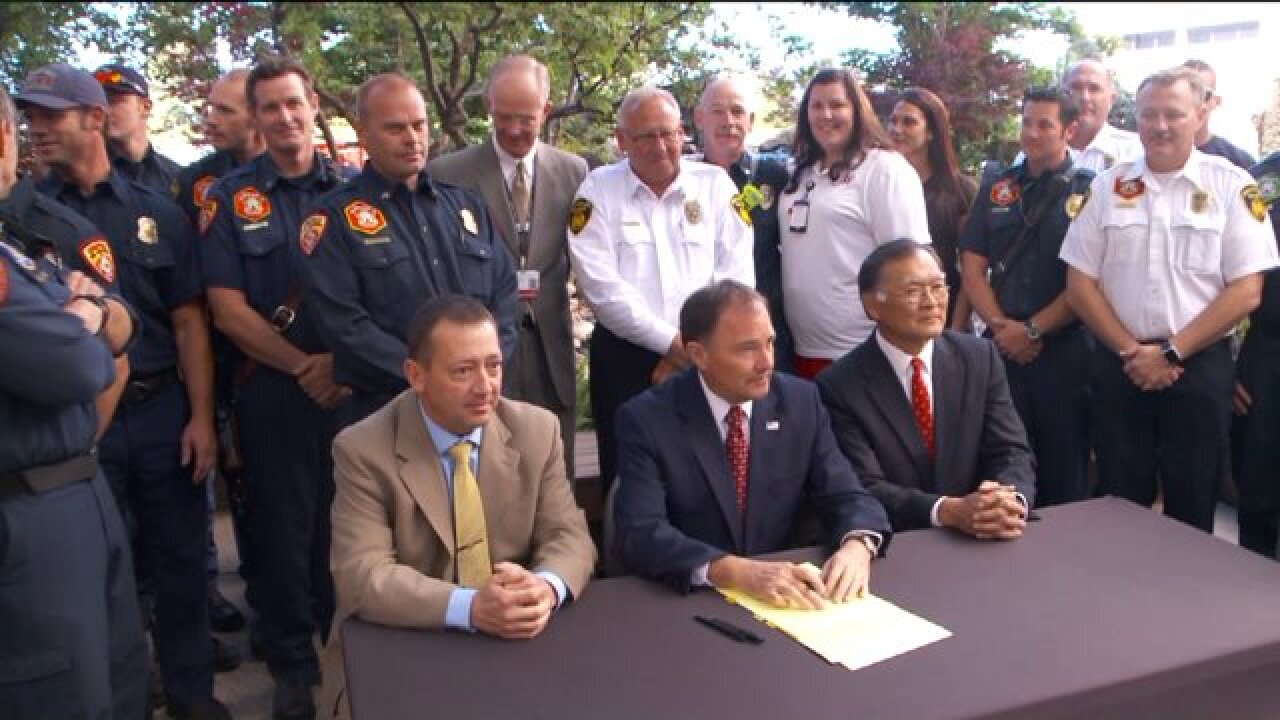 SALT LAKE CITY – Assaults on emergency responders happens more often than you might think, and now the Utah Legislature is taking steps to protect them.

A couple of weeks of ago a Herriman officer had to rely on fire crews to come into a home to protect him, and fire crews say they aren’t trained to mitigate violent situations.

“We have found too many assaults by family members and patients on those who are trying to help them,” Gov. Gary Herbert said.

While assaults on first responders may seem like a rare occurrence, those familiar with the situation say they happen far too often.

“To some degree, these things happen probably every week,” Battalion Chief Brian Anderton of the Unified Fire Authority said. “Most of the times we’re able to bring the situation under control without it escalating too far.”

Herbert said the unofficial number could be closer to 300 per year.

Before, such assaults were a misdemeanor, now, assaulting a medical worker is a felony.

“We’re sending a message to the public out there that this is not acceptable behavior and you will be punished accordingly,” Herbert said.

State Senator Brian Shiozawa, R-District 8, is the bill’s sponsor, and he works as an emergency physician at Saint Mark’s Hospital.

He said that experience helped him realize something needed to be done.

Shiozawa said he hopes the signing of Senate Bill 106 will send a clear message.

“And once the word gets out that there’s an increased penalty, a penalty that's equivalent to assaulting a police officer, this is a big deal,” Shiozawa said.

The law does make exceptions for certain patients.

“Sometimes people will be assaulted simply because a person has dementia or they’re on drugs, this bill does not prosecute them at all,” Shiozawa said.

But the majority of the assault cases will now face a much harsher punishment.

“These people are the ones that rush in when others are rushing out,” Herbert said. “They go to emergency situations to help people. And, again, sometimes we think they're not doing it perfectly in an emotional moment, but they're being assaulted, and that can't happen.”

The bill passed unanimously and was signed by Gov. Herbert earlier this week.