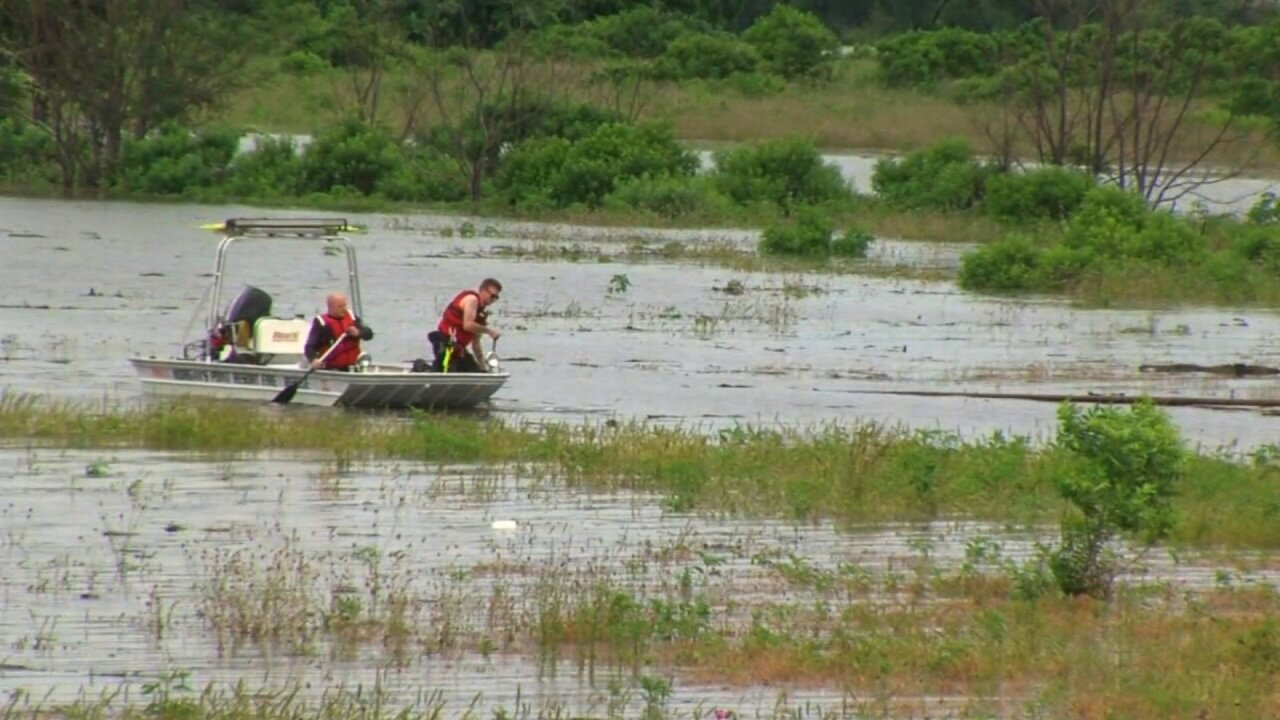 (CNN) — With the recovery of four bodies on Friday, the death toll rose to nine in the overturning of an Army truck in floodwaters at Fort Hood, Texas, the Army said.

Twelve soldiers were on a training mission when their vehicle became stuck in the flooded creek in a remote section of the post.

Soldiers in a following vehicle rescued three of their comrades after the truck overturned, Maj. Gen. John Uberti told reporters.

Christopher Haug, spokesman for the post, said the troops were learning to operate the Light Medium Tactical Vehicle and were not sent out in conditions too dangerous for training.

“It was a situation where the rain had come and the water was rising quickly,” he said. “They regularly pass through these weather conditions like this. This was a tactical vehicle, and at the time they were in proper place. Just an unfortunate accident that occurred quickly.”

The Army — with help from civilian agencies — used ground, air and dog teams in the search for the missing soldiers, who were swept away by the rising waters of Owl Creek.

Haug declined to go into detail about the training mission except to describe it as “routine.”

Retired Col. Robert Morgan, however, told CNN affiliate KXXV-TV that the Light Medium Tactical Vehicle may not operate well in high waters. The truck, which is used to transport troops and cargo, sits from 6 to 8 feet off the ground.

Severe storms have pummeled Texas, leading to a record rainfall total in May.

Gov. Greg Abbott has declared a state of disaster across 31 counties as more rain is expected.

Abbott warned residents that evacuation orders may come soon because the Brazos River could easily continue to rise since it was full water up to north Texas.

He said he was stunned at the amount of flooding, noting the people were using air boats on highways when flying over the area.

“I saw neighborhoods that were literally islands, completely surround by water,” he said, noting that other Texans were ferrying food and water to the people trapped in houses.

He promised if residents left their homes that the Texas National Guard and police would protect their property. He warned drivers not to think they could ford flooded areas; he noted some people were driving around barricades and entering dangerous zones.

“I’ve heard stories about too many people who think they can drive through water only to be swept away,” he said. “The most important thing you have is your life.”

The weather could start turning around late this weekend, according to Myers. But he warned the aftermath would bring a different threat: mosquitoes.

Stagnant water will likely not recede for weeks, and the insects were already buzzing.

“This will last for weeks. I don’t have to tell you what that means for West Nile, for Zika,” Myers said, referring to two viruses spread to humans by mosquitoes.

With 7.51 inches of rain in the first two days of June, Houston has surpassed its monthly average rainfall for the month — 5.9 inches. The last week of May also set records for rainfall in the Houston area.

Judge Bob Hebert said there have been more than 558 rescues and at least 1,400 homes affected by the water.

He noted the Brazos River was at nearly 55 feet under the Richmond Bridge — 4 feet above the previous record set in 1994.

He warned residents to be prepared for quickly rising waters and evacuate even if water had not yet entered their homes.

“This is going to be a long event,” he said Thursday. “You have to ask yourself: Do you want to spend four or five days locked in your home, surrounded by water? Do you have the food? Do you have the patience? That would be a problem for me.”

It’s the second year in a row that Texas has been hit by 500-year floods. Meteorologists and other experts point toward climate change or the weather pattern El Niño as potential culprits.

“It could just be really bad luck,” said CNN senior meteorologist Brandon Miller. “A 500-year flood doesn’t mean you will go 500 years between them. It just means it is such an extreme event that the odds of it happening are very low, therefore it only happens on average every 500 years.

“It just so happens that parts of Texas have seen them now in back-to-back years, and maybe even twice this year.”

NASA warned this year that El Niño — characterized by warming waters in the eastern Pacific Ocean — was one of the three strongest ever recorded.

Climate change is another possible culprit because one of the expected effects from a warmer climate is heavier rainfall, prompting more flooding, such as that in South Carolina last year, Miller said.

But scientists have had mixed results in attributing the flooding to climate change, he said.