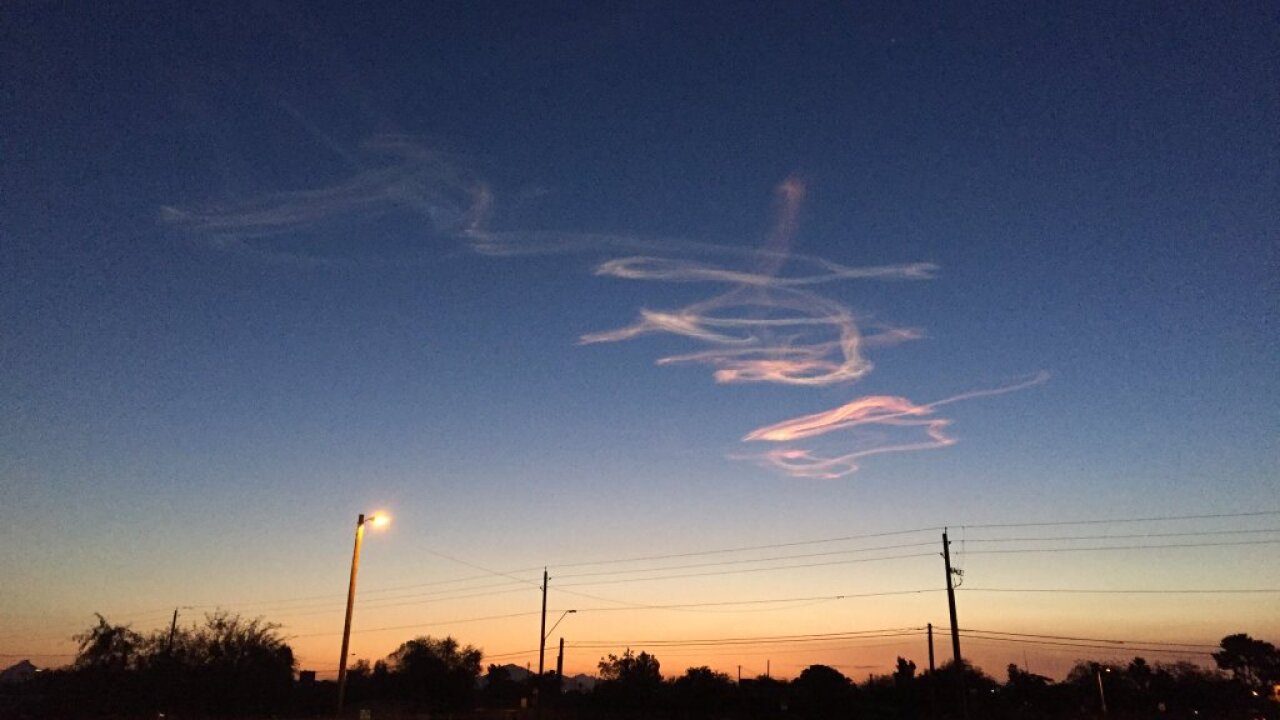 Mind blowing video from Roosevelt School Dist in Phoenix. Did you see the #meteor this morning? @ANITAROMANFOX10 pic.twitter.com/ZnS3f2gSGM

PHOENIX, Ariz  – A fireball lit up the early-morning skies around Phoenix Thursday, leaving groggy residents wondering if it was a meteor, an explosion or something else.

A Phoenix Police Department spokesman told CNN that they got more than 60 calls about the possible meteor, which was seen at about 4 a.m. (7 a.m. ET).

“Many of the callers mistakenly believed they were being burglarized due to the accompanying sound created,” Sgt. Jonathan Howard said.

Phoenix resident John Burgmeier said he heard multiple booms as the fireball came out of the northeast.

“(It) literally made the entire sky bright,” he said. “It was like it was daytime.”

People who missed the show woke up to see the squiggly trails it left behind.

Why are the heavens putting on such a show this morning? And it's not even sunrise yet! @ANITAROMANFOX10 #AZsky pic.twitter.com/wsKjZtOI1w