JFK’s love letter to his mistress is up for sale 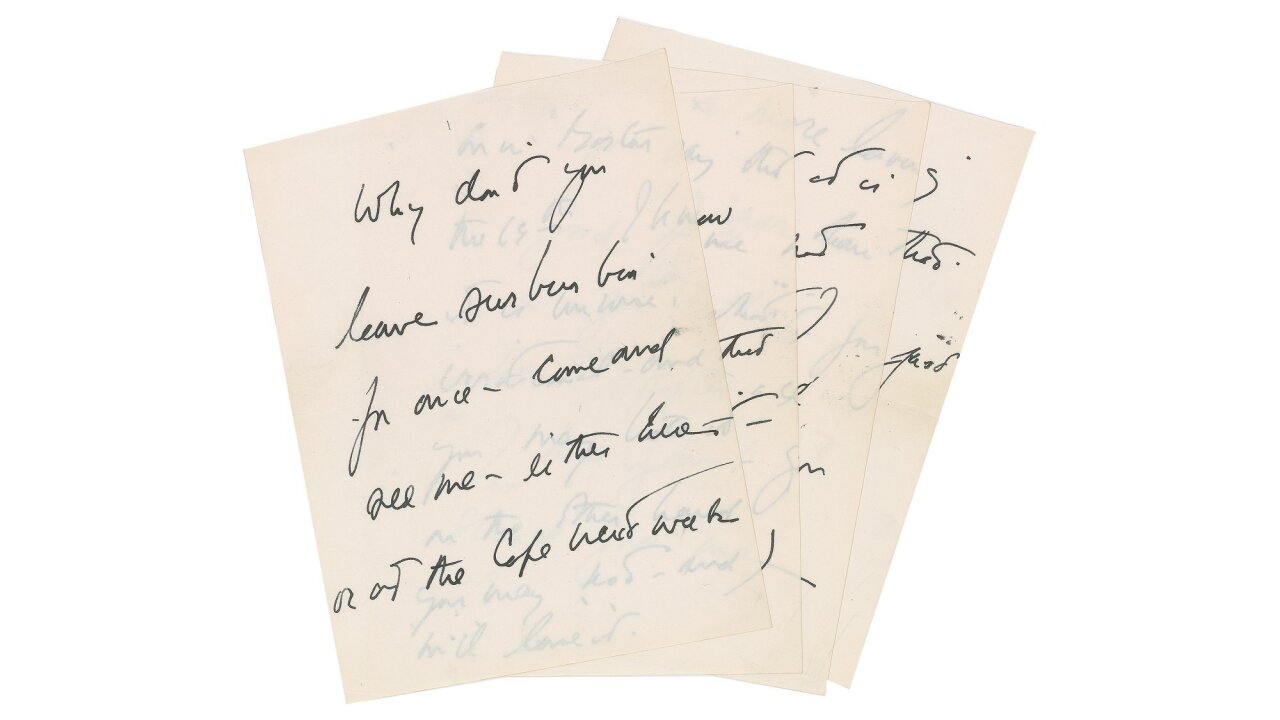 Before the days of “Netflix and chill,” people had to hand-write their desires for one another — even presidents. A four-page love letter written by John F. Kennedy to his mistress is being auctioned. Courtesy RR Auction.

(CNN) — Before the days of “Netflix and chill,” people had to hand-write their desires for one another — even presidents.

A four-page love letter written by John F. Kennedy to his mistress is being auctioned.

The note, which was penned in October 1963, never made it to the intended recipient, who is thought to have been Mary Meyer, the President’s mistress.

Meyer was the wife of a CIA agent and she was killed in October 1964, a year after the letter was crafted. Her slaying has not been solved.

The letter also was one of the last Kennedy wrote. He was assassinated a month later.

In his own words

“Why don’t you leave suburbia for once — come and see me — either here — or at the Cape next week or in Boston the 19th. I know it is unwise, irrational, and that you may hate it — on the other hand you may not — and I will love it. You say that it is good for me not to get what I want. After all of these years — you should give me a more loving answer than that. Why don’t you just say yes?”

The letter, written on White House stationary, is missing the tops of the official letterhead. But when held to the light, the faded presidential seal watermarks are visible, according to RR Auction, which is auctioning the letter.

It isn’t known why the letter was never mailed, but Kennedy’s personal secretary, Evelyn Lincoln, saved it in her collection of memorabilia from the late president.

“An exceedingly rare Kennedy letter boasting revelatory content on his personal life during the presidency,” said Robert Livingston, executive vice president at RR Auction, which obtained the letter from a client.

Through handwriting tests, RR Auction was able to determine the letter’s authenticity. Also, historical records suggest Kennedy was in Boston on October 19 for a Democratic Party fundraiser.

RR Auction is holding an online auction beginning June 16 that will conclude on June 23.

The value of the letter is estimated to be $30,000, based on similar items sold.

Along with the letter, several other JFK items are for sale, including a wooden rocking chair used by him.