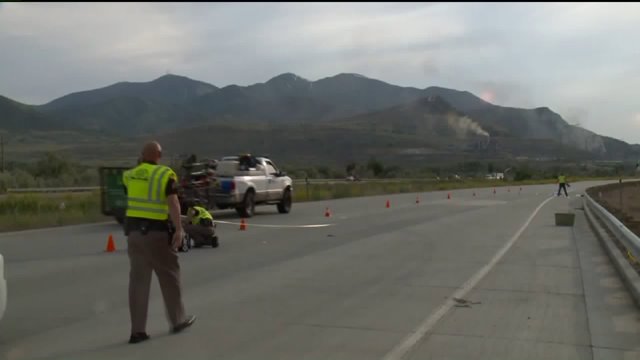 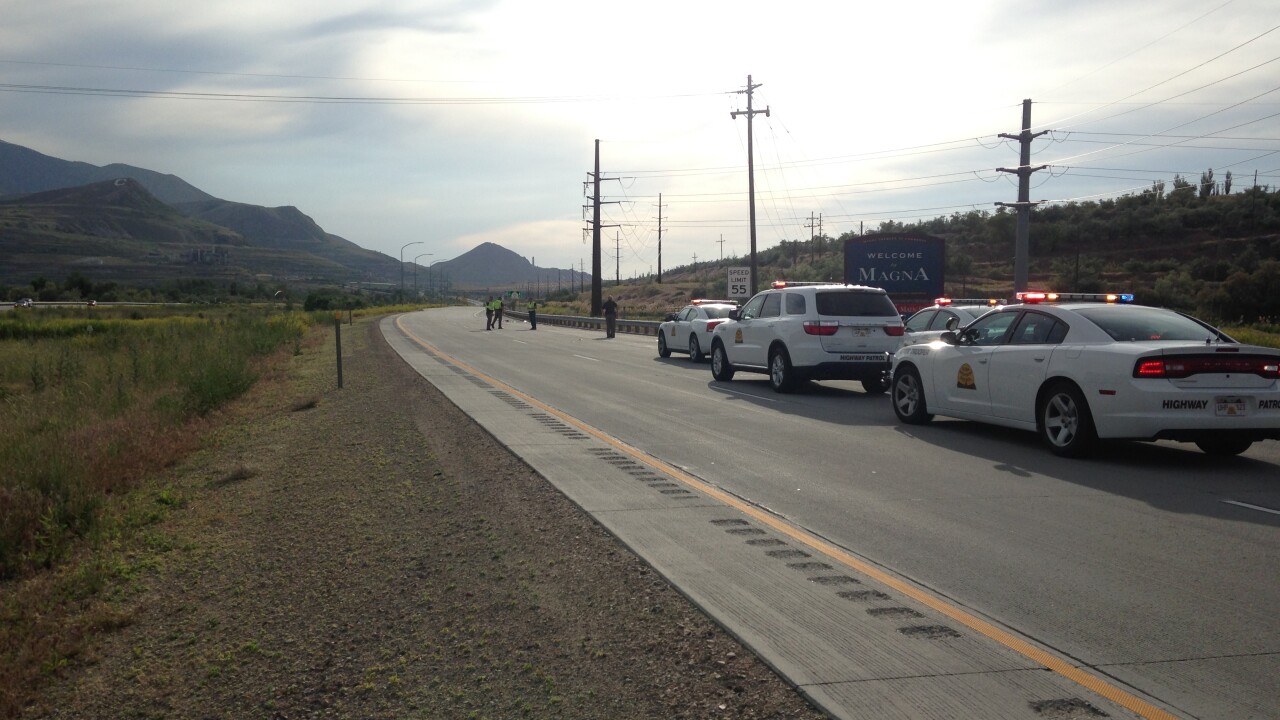 SALT LAKE COUNTY -- A passenger suffered critical injury after they fell or were pushed from a pickup truck on SR-201 Thursday evening, and the driver of that vehicle is in custody as police investigate three separate crime scenes.

Sgt. Todd Royce with the Utah Highway Patrol said a vehicle traveling westbound on SR-201 started swerving, and in the area of 6000 West it tried to force other cars off the road. FOX 13 News first heard report of the incident around 6 p.m.

In the area of 6200 West the pickup truck sideswiped another car, forcing that vehicle into the median. The driver of the car that was forced off the road suffered minor injury.

The truck continued on at a high rate of speed. Somewhere in the vicinity of 8200 West, Royce said a passenger in the truck either fell out or was pushed out of the vehicle.

That passenger, a male in his 30s, was taken by medical helicopter to a hospital in critical condition. All westbound lanes of SR-201 were briefly closed as the helicopter landed, but one lane is now open again.

The suspect vehicle continued on, and it collided with another vehicle near 7200 West and 2800 South. The suspect fled on foot, attempted to carjack several vehicles and then tried to enter a home. Unified Police caught up with the man and used a Taser on him twice before they were able to subdue and arrest him.

"We're just glad to have him in custody," Mason said. "We don't have a lot of the details at this point, it's going to be a long night and big investigation to piece together. At this point we have at least three different crime scenes, so we got to piece all those together, which is going to take a while. But the good news is he is in custody."

The suspect has not yet been identified. Authorities say they suspect the man was under the influence of drugs.

Utah Department of Transportation tweeted that several lanes of westbound 201 were closed due to incidents at 4600 West, 5600 West and 8000 West.