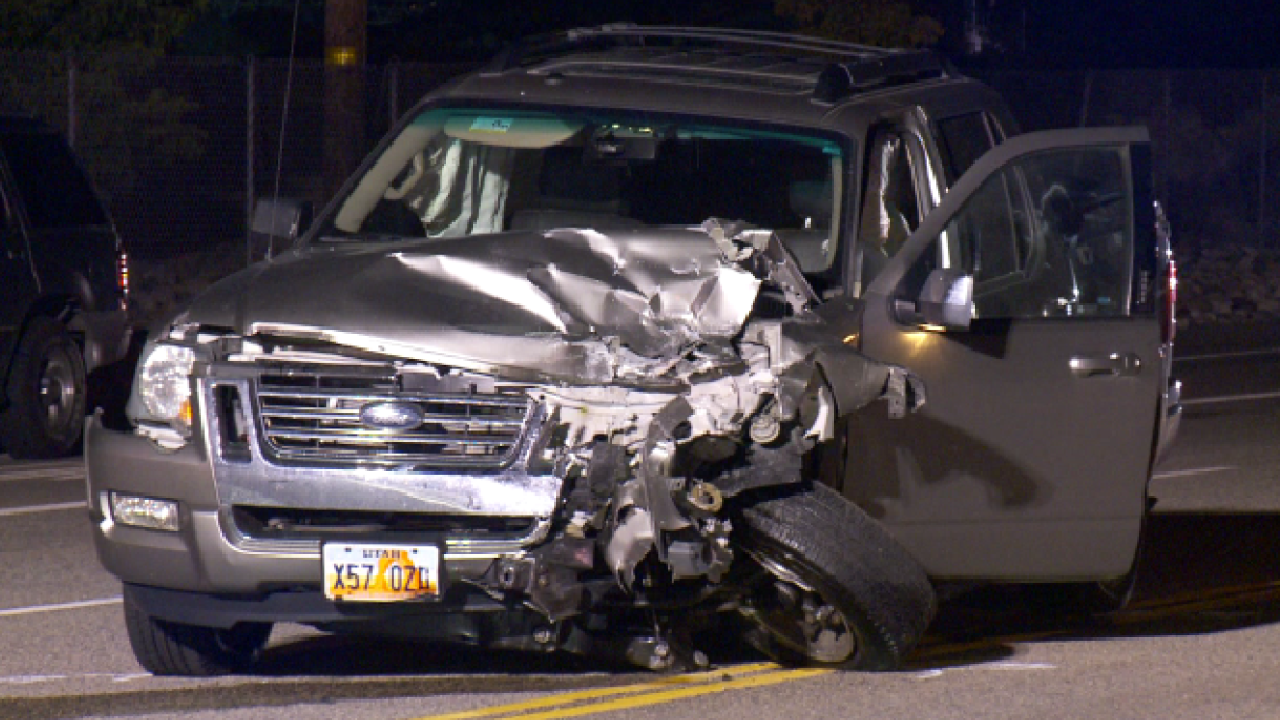 COTTONWOOD HEIGHTS, Utah — One woman is dead and two people are in the hospital after a rear end crash Monday night in Cottonwood heights.

According to Cottonwood Heights Police both vehicles were were traveling north on Wasatch Boulevard between 6400 South and Fort Union at 9:20 p.m. when the vehicle in front slowed down to turn right.

That’s when the vehicle behind that car ran into it.

The driver in the trailing vehicle walked away without injury, but he is being processed for a DUI.

Police say the passenger in the back seat of the lead car died on scene, the driver and passenger went to the hospital in serious and critical condition.