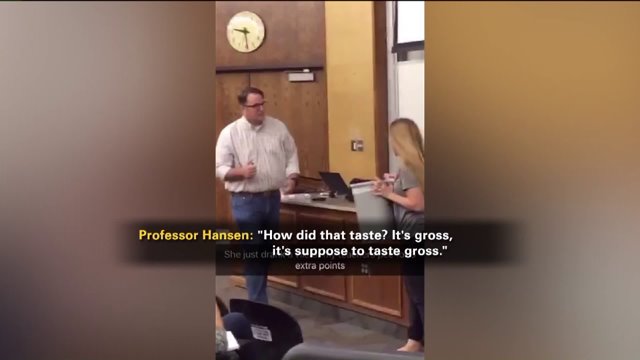 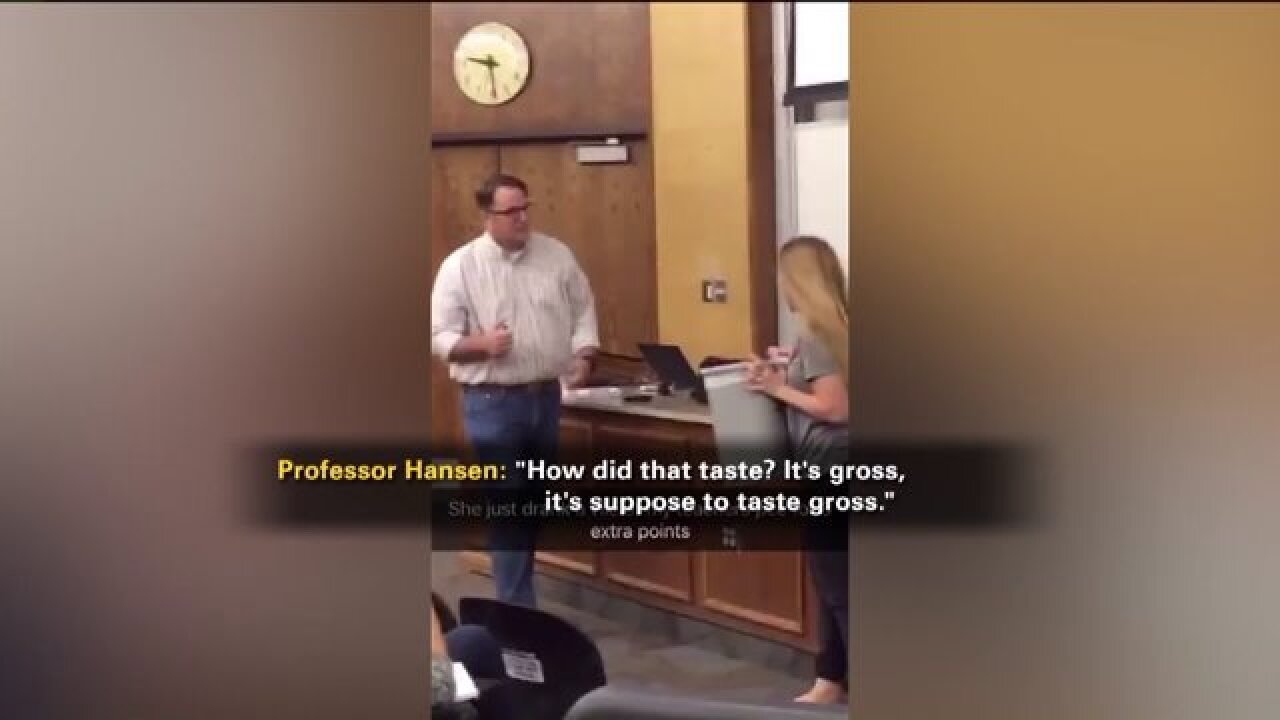 PROVO, Utah -- A classroom prank some BYU students say crossed the line. A student drank what she thought was her professor's urine as part of a lesson on kidney function. The student got extra credit for slugging back a small vial.

"I think that's asking too much of students and it has nothing to do with how well we study or how well we actually know physiology," said a student in the class who filmed the incident.

Professor Jason Hansen teaches the class. He posted a note to his students three days after it happened.  It reads in part: "Please rest assured that it was not really urine but rather food coloring and diluted vinegar."

In a statement sent to FOX 13 News, Hansen wrote that he has done this in the past with other classes, usually letting everyone in on the gag when the class next meets.  He notes, part of the lesson is discussing how doctors once tasted the urine of their patients to screen for things like diabetes.

While all of the students who discussed the prank with FOX 13 News wanted to remain anonymous, many expressed their doubts. Hansen's explanation came after FOX 13 News contacted him.

A noted posted by a teaching assistant posted the day after the class reads, "I didn't catch the name of the person that volunteered yesterday to drink Dr. Hansen's pee."

"She could have said no but at the same time, I feel like that was a disadvantage to me and the rest of the students who didn't want to drink his urine," said one student.

Hansen gave us this statement about the class lesson earlier in the week. Wednesday, Hansen's department chair at BYU confirmed that, while the demonstration does teach some critical aspects of kidney function, they've asked the professor not to repeat the exercise.

The exercise we did in class where we used fake urine to illustrate principles of hydration and dehydration.  The color of your urine dictates how well your body conserves water.  The darker the urine, the more your body is trying to conserve water.  The fake urine was used to illustrate that purpose.  Furthermore, physicians used to drink urine to determine various metabolic diseases by the taste, including determining how sweet it was for as diagnosis of diabetes.  In class, we used the fake urine for this purpose.  I asked a student if they were willing to try some of the fake urine.  She agreed. I agreed that we would both try it.  I have done this in the past with no complaints.  Later, usually the next class, I tell them that it was fake.   This is usually a fun way to teach this concept to the class and was not intended to offend anyone.  After getting your email on Saturday, I did send a message to everyone letting them know that it was indeed fake.