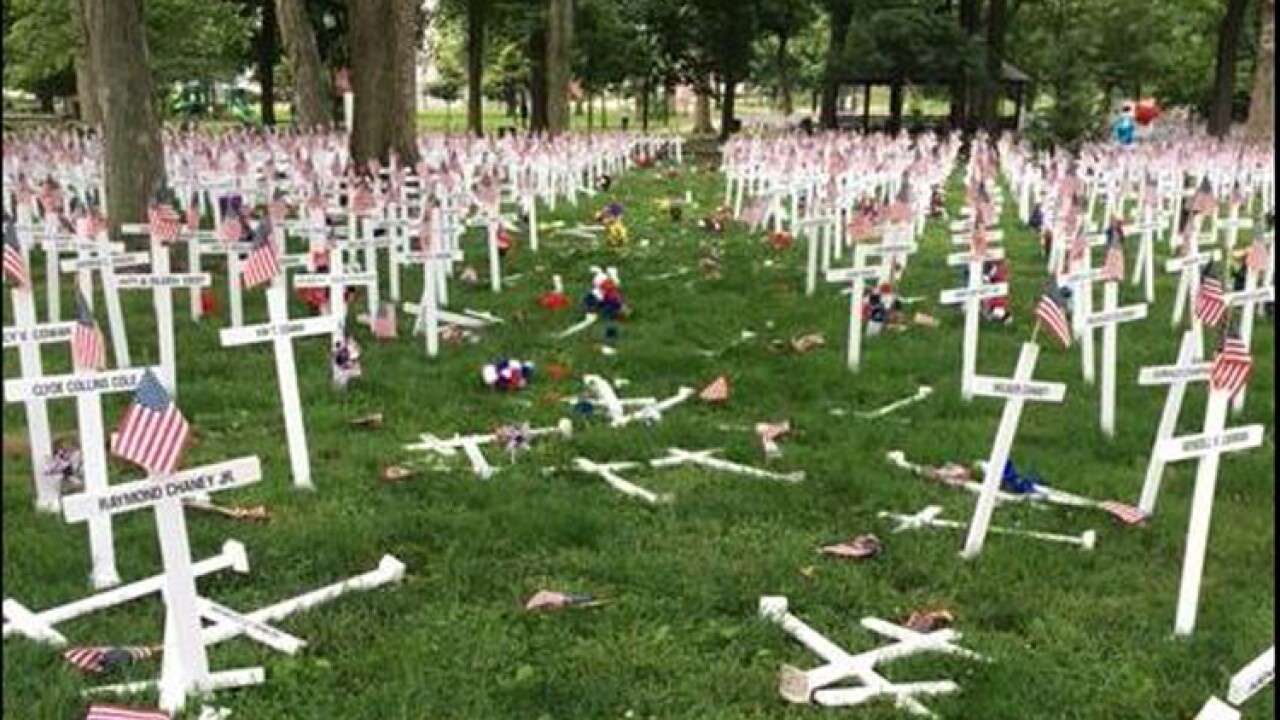 HENDERSON, KY. — Police in Kentucky made an arrest Saturday after a man allegedly drove a car through a park and damaged about 160 crosses that had been set up for a Memorial Day display.

According to the Henderson Police Department, the crosses were damaged just before 6 a.m. local time, and later in the day officers posted surveillance video of the suspect’s vehicle.

Later Saturday, police arrested Anthony Burrus for criminal mischief and leaving the scene of an accident. Police stated they recovered the car involved, a 1979 Ford Thunderbird. The vehicle was found abandoned in a McDonald’s parking lot with pieces of crosses and stakes still embedded in the tires.

Police thanked everyone who shared the earlier posts about the vandalism, saying they were grateful for all of the tips that helped them make an arrest. Authorities say police, firefighters and volunteers all came together to help clean up the damage.