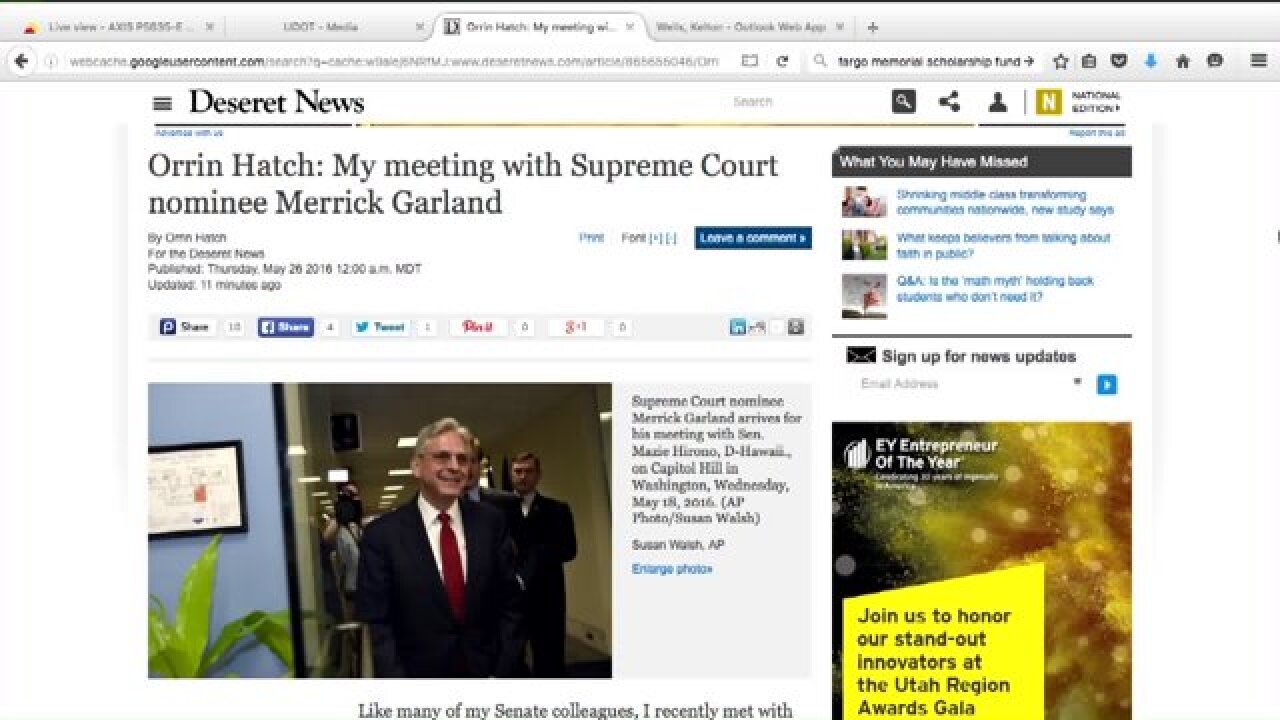 SALT LAKE CITY -- An editorial from Senator Orrin Hatch is turning heads, and it turns out it shouldn't have been published at all.

The Deseret News accidentally posted the editorial about Hatch's meeting with Supreme Court nominee Merrick Garland, but that meeting hasn't happened yet.

The editorial has since been removed from the Deseret News’ website, but it appeared under the title: “Orrin Hatch: My meeting with Supreme Court nominee Merrick Garland.”

In the editorial, Hatch writes: “Our meeting, however, does not change my conviction that the Senate should consider a Supreme Court nominee after this presidential election cycle.”

Matt Whitlock, Senator Hatch’s Press Secretary, offered this statement to FOX 13 News: “The opinion piece was submitted just as a placeholder subject to edits ahead of any meeting and was published inadvertently by the Deseret News."

Paul Edwards, the Executive Editor of the Deseret News, also said the piece was a draft. He provided this statement:

“This morning [May 26], the Deseret News website mistakenly published a draft of an op-ed from Utah Sen. Orrin Hatch explaining his position on the Supreme Court vacancy. The electronic publication of this version, awaiting edits from the Senator following his meeting with Judge Garland, was inadvertent. We apologize to Senator Hatch and our readers for this unfortunate error.”