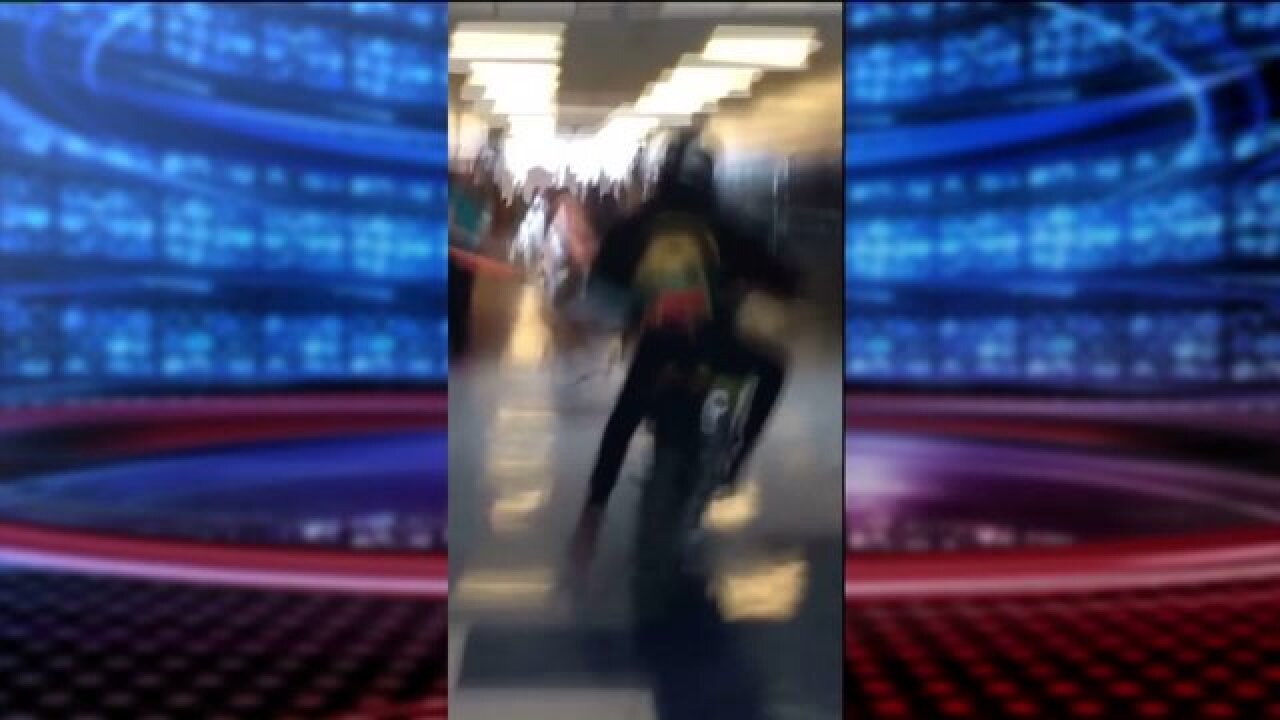 The senior drove his motorcycle through the busy halls of the high school as part of a senior prank. Friends caught the stunt of camera. He was eventually caught by administrators, and now could possibly be held back from graduation.

“Very dangerous type of prank and we don’t find it humorous at all,” said Granite School District spokesman Ben Horsley. “Riding a motorcycle right down the middle of the hall with students on either side, the floor is kind of slippery, I could see him taking a spill and injuring students.”

Horsley couldn’t comment specifically on the student’s discipline, but said the student was cited by Unified Police Department for reckless driving.

“Most graduates are just turned 18, so now they’re adults and now they’re about to enter their adult life, they don’t need to have some kind of a reckless driving or even criminal mischief,” Bell said. “There’s a number of charges that could come from this.”

Classmates posted the video to YouTube and started a GoFundMe page to try and raise money to help the student pay for the fine. But Horsley said he hopes students will learn from the incident, that there’s a line between a harmless prank and something that puts student safety at risk.

“It puts these kids in a situation where they want to go and do these dangerous things, so that their videos will go viral, and that’s certainly not something that we’re trying to promote,” Horsley said.

The video of the prank has since been removed from YouTube.