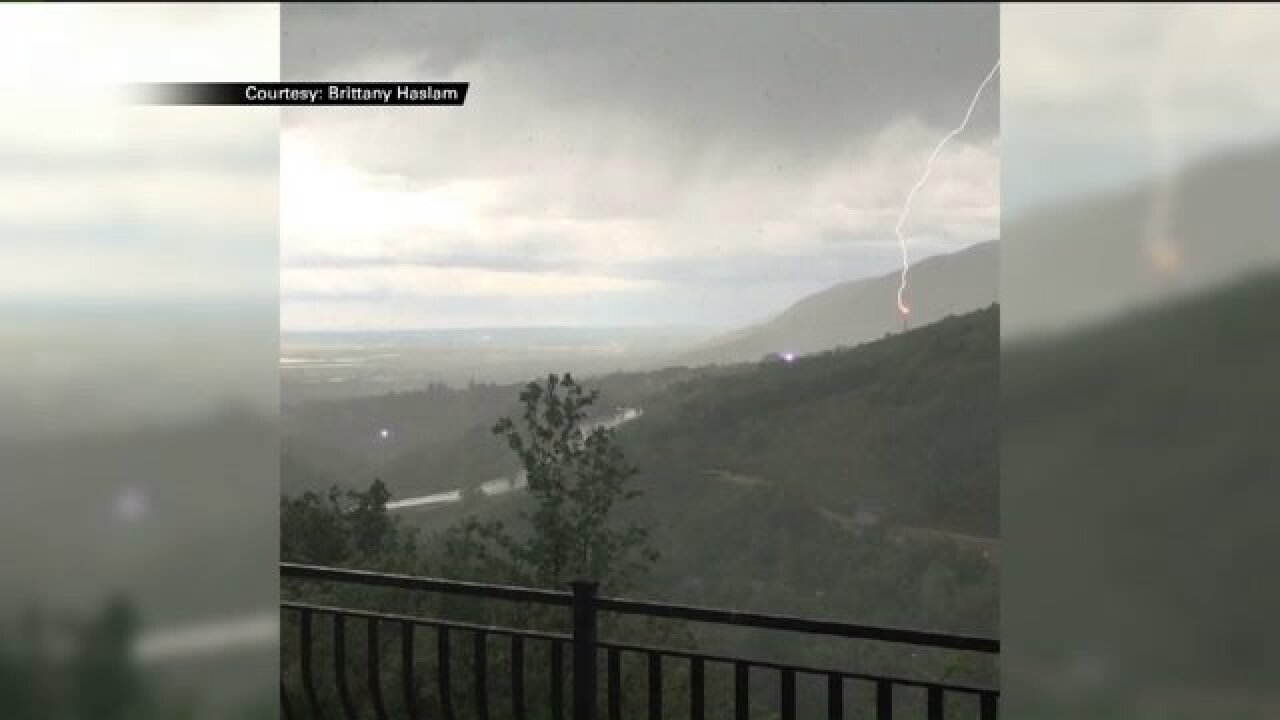 BOUNTIFUL, Utah – A Bountiful woman filming Sunday’s storm on her phone caught the moment lightning struck the local temple of the Church of Jesus Christ of Latter-day Saints.

Brittany Haslam said at first she didn’t realize what the lightning hit. It wasn’t until she went back and viewed the video in slow motion that she saw it hit the LDS temple.

Temple neighbors say the spire was hit twice Sunday afternoon. The second strike hit with such force, it blew off two large pieces of the fiberglass Angel Moroni Statue that sits on top of the building.

“I think he’s been hit three times, we’re not sure,” Wiseman said. “The guys at the temple kind of keep track. It’s never really blown anything off before, this time was a pretty good sized boom.”

Multiple lightning strikes isn’t all that surprising when you consider the gold-leafed temple topper is designed to be a lightning rod. The majority of the modern LDS temples are topped with an 800-pound Moroni statue.

According to a 2009 LDS church publication, the statues have copper rods running through to catch electricity.

An LDS church spokesperson would not comment on the extent of damage or what they plan to do about it, but neighbors in the area say there had already been some talk among those who work in the temple about whether to re-leaf the statue or replace it during upcoming renovations on the temple.

“The fact that there’s been this extensive damage, we bet that he will be being replaced,” said neighbor Sarah Taylor.