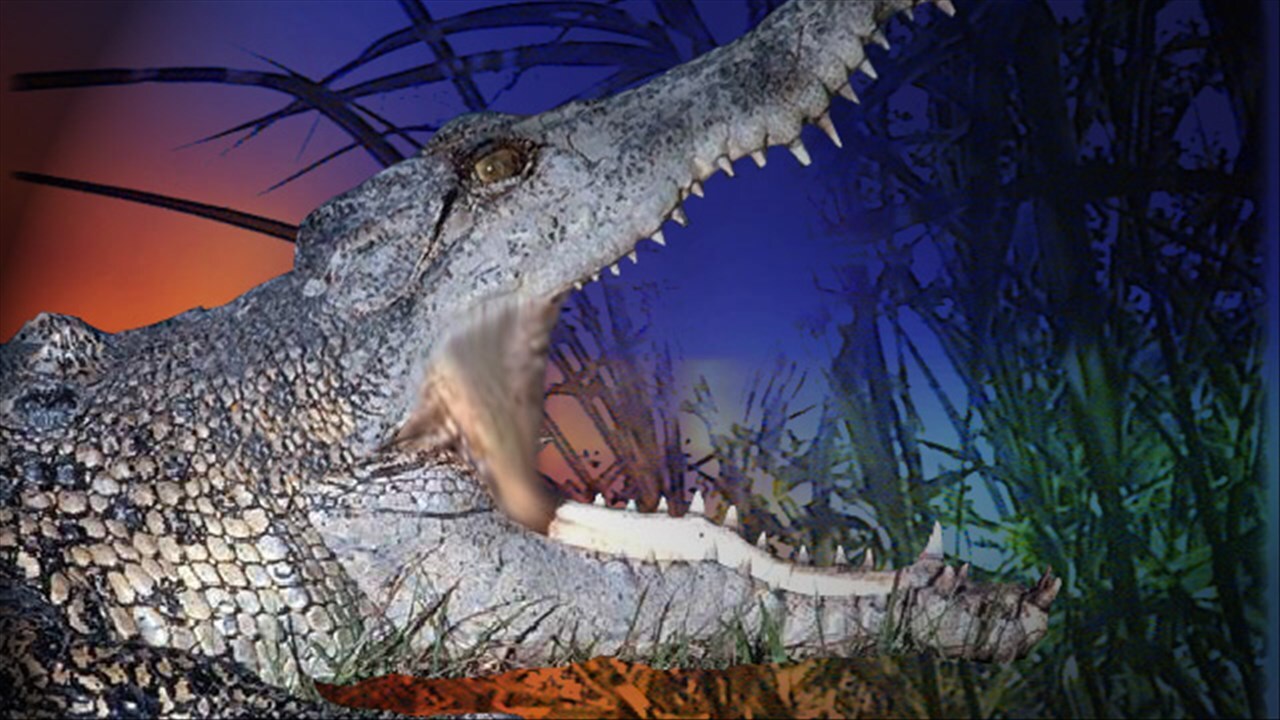 (CNN) — There may be a deadly new invasive species lurking in Florida’s swamps.

A team of scientists has identified three reptiles captured near Miami as Nile crocodiles, a species native to Africa.

Through DNA testing, scientists from the University of Florida were able to confirm that the reptiles captured in the wild from 2009, 2011 and 2014 were Nile crocodiles, the second-largest extant reptile species in the world. The findings were published in the journal of Herpetological Conservation and Biology in April.

The study could mean that more of these man-eating creatures are lingering in the Sunshine State.

“The odds that the few of us who study Florida reptiles have found all of the Nile crocs out there is probably unlikely,” Kenneth Krysko, herpetology collections manager at the Florida Museum of Natural History at the University of Florida, said in a statement.

“We know that they can survive in the Florida wilderness for numerous years, we know that they grow quickly here and we know their behavior in their native range, and there is no reason to suggest that would change here in Florida.”

Nile crocodiles have a dangerous reputation in their native homeland. Between 2010 and 2014, they were responsible for about 480 attacks on people and 123 fatalities in Africa. In comparison, in 2015, there were 98 unprovoked shark attacks worldwide and six deaths, according to a report by the International Shark Attack File.

These crocodiles can grow up to 18 feet long and weigh as much as a small car.

Genetic testing revealed the three Nile crocodiles were related, which means they may have come from the same source. And their DNA most closely matched Nile crocodiles from South Africa.

Matthew Shirley, a former University of Florida doctoral student and study co-author, took DNA samples of Nile crocodiles across U.S. zoos and compared those samples with the Nile crocodiles from the Miami area. The DNA did not match, and the source of these reptiles remains unknown.

But it’s likely that Florida’s exotic pet trade has introduced these creatures into the wild, according to researchers.

In recent years, several invasive species such as the Cuban tree frog and a variety of snakes from around the world have flourished in Florida, according to the National Park Service. Some have wreaked havoc on the state’s ecosystem, causing officials to take action.

For example, the invasion of the Burmese python, the largest snake species in the world, has prompted an annual hunting competition to mitigate the snake’s population.

Florida has the world’s largest number of invasive species, primarily because of its subtropical climate, according to scientists.

“My hope as a biologist is that the introduction of Nile crocodiles in Florida opens everyone’s eyes to the problem of invasive species that we have here in our state,” Krysko said. “Now here’s another one, but this time it isn’t just a tiny house gecko from Africa.”

Since Nile crocodiles are generalist predators, everything from birds, mammals to even the state’s native crocodiles and alligators are at risk of becoming this creature’s next meal.

Krysko said he hopes the new findings will be a wake-up call for Floridians.