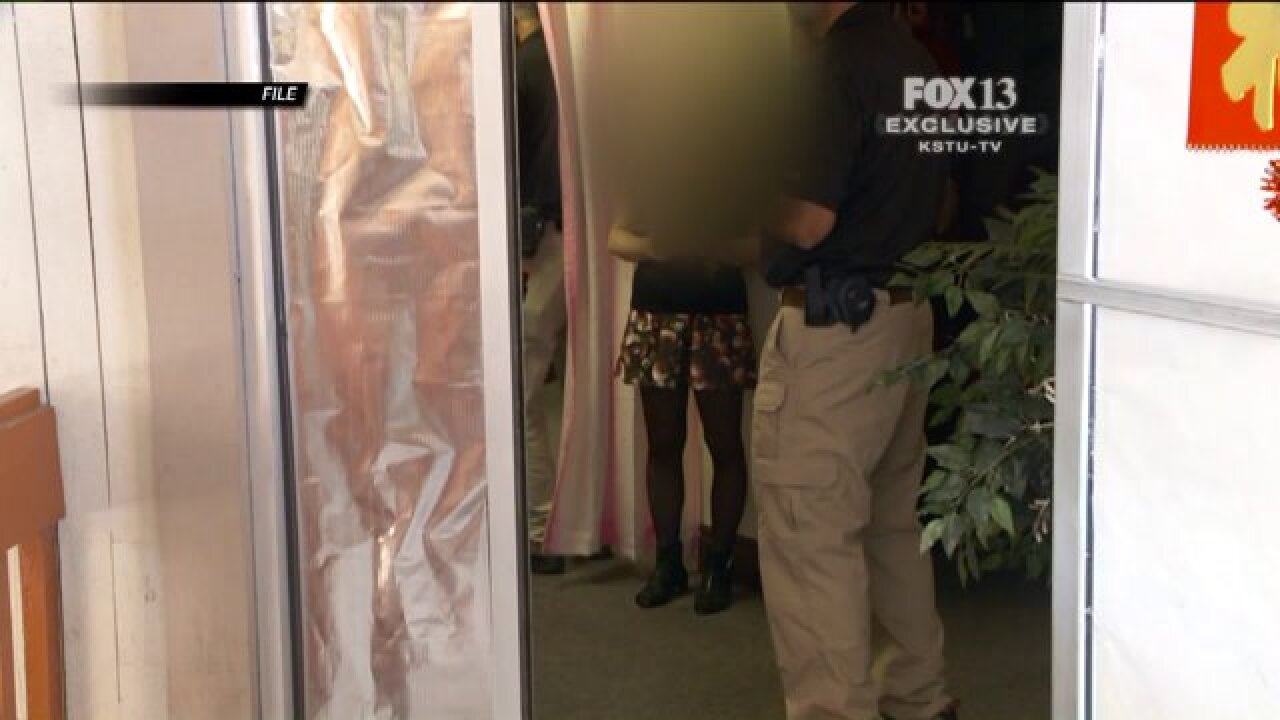 SALT LAKE COUNTY, Utah -- The Salt Lake County Council amended a business ordinance recently in the hopes of cracking down on the illegal sex trade.

Officers with the Unified Police Department say you can find prostitution in more places than you might think, and massage parlors disguise some of the primary culprits.

“We have situations occurring where an independent contractor or a business person will be in a strip mall or some kind of a brick and mortar building, and they will be a masseuse—or licensed they say to be a masseuse—when in fact it’s a guise or front for prostitution,” said Steven Debry, Deputy Chief of UPD’s Millcreek Precinct and a member of the Salt Lake County Council representing District 5.

Debry said prostitution in Utah is not an epidemic, but it's certainly prevalent.

“From Millcreek alone, I know of four to five hot spots that we’re addressing to where we’ve arrested prostitutes out of these facilities or brick and mortar buildings,” Debry said.

Police say it's a vicious cycle, where law enforcement will arrest suspects on prostitution charges, which is a class B misdemeanor in Utah. They say those suspects will then pay the fine, and go back to work afterward.

“The way these type of establishments run, most of them are not employees of a business owner, but an independent contractor that holds their own business license,” said Brittany Allen, an associate director of planning and development services in Salt Lake County.

Under the old ordinance, if a contractor was found in violation of a criminal act, like prostitution, their license would be revoked. Now, under the new amendment, authorities also revoke the business owner's license.

The business is allowed one violation by a contractor without penalty, but all subsequent violations would revoke its license.

The county council says therapists, and the businesses they work for, can also be cited if they're not licensed.

Under Utah law, therapists who aren't licensed are faced with a class A misdemeanor. However, if they solicit sexual acts, it's only a class B misdemeanor. Police say they're hoping the legislature addresses that in the future.