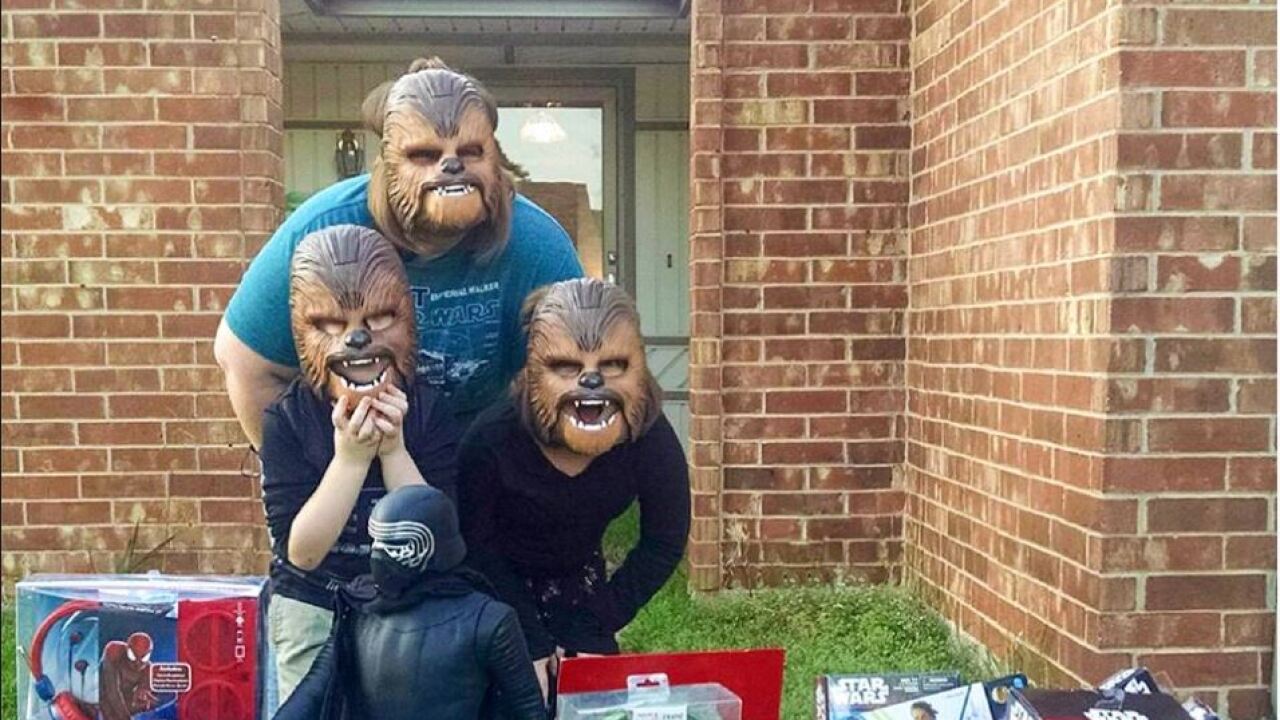 TEXAS — A mom in Texas who decided to share her joy over a Star Wars toy has shattered the record for the most-watched Facebook Live video,and her family received a plethora gifts and the “real” Chewbacca’s approval to go along with the fame.

Candace Payne purchased the toy at a Kohl’s store outside of Dallas, and her live broadcast of her trying out her new mask, which roars when the wearer moves the mouth, has outpaced the previous record holder by, well, a lot.

The BBC reports Buzzfeed had the previous record for a Facebook Live video with a little more than 10 million views of an exploding watermelon.

As of Saturday afternoon, the laughing, roaring mom from Texas had amassed more than 115,000,000 views just through the Facebook video platform. About 200,000 of the views came within the time it took to write this story, so it’s safe to say the footage will only continue to spread.

Candace also made a fan out of the “real” Chewbacca. Actor Peter Mayhew tweeted from his verified account, “This lady is still making me smile. Lovely video to come out on my birthday :)” Mayhew turned 72 the day the video released.

"I'm such a happy chewbacca.." This lady is still making me smile. Lovely video to come out on my birthday :) pic.twitter.com/khUizi6nFf

Kohl’s was obviously grateful for the mention of their store, and they dropped off Chewbacca masks for the whole family as well as a whole pile of Star Wars toys, and several gift cards they say amount to $2,500. They also gave Candace 10,000 reward points to use at their stores. See the posts from Kohl’s below for video and photos of the delivery.