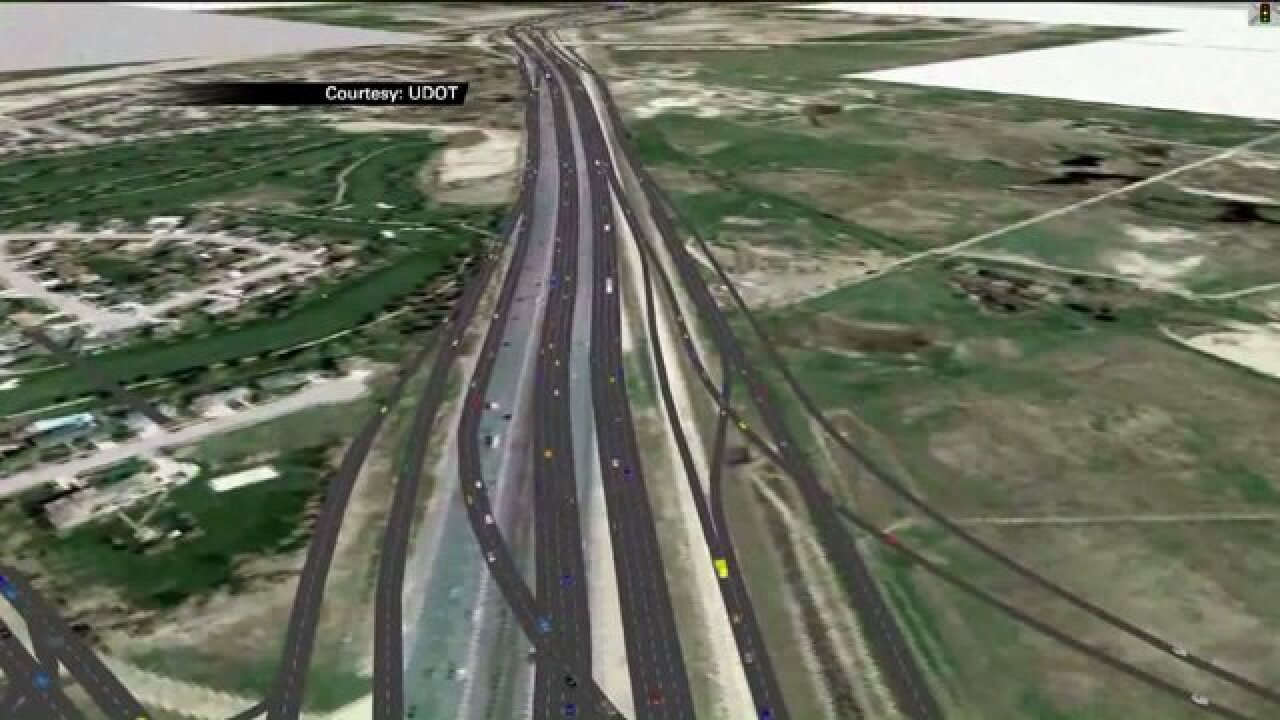 The proposal, called the “Shared Solution”, pointed to improving city streets and providing more mass transit as a way to alleviate projected traffic growth. But UDOT project manager Randy Jefferies said the Shared Solution would not have met the needs of future traffic projections.

“We were able to take advantage of the most recent housing and population projections in the area that have been incorporated into the study, as we’ve made this evaluation,” Jefferies said.

UDOT has been looking at a traffic solution in western Davis and Weber counties for several years. In 2012, they announced the West Davis Corridor, but were met with sharp criticism from residents in the area who worried the corridor would destroy wet lands and demolish homes.

Roger Borgenicht, Co-chair of Utahns for Better Transportation and one of the main backers of the Shared Solution, said UDOT is only focusing on one piece of data in their growth projections. He said they need to consider all the transportation options.

“I think our major effort ought to be to reduce the vehicle miles traveled, at least at the peak hour,” Borgenicht said.

Borgenicht is referring to UDOT’s calculation that the number of miles traveled by residents will increase from 50 million today to more than 90 million in 2040. He said building more roadways becomes a self-fulfilling prophecy.

“The impacts are freeways that beget more car travel and will plow through our farm lands, wet lands and subdivisions of West Davis,” Borgenicht said.

Jefferies said while the Shared Solutions plans for increased mass transit were too ambitious, there are aspects of the proposal they are trying to incorporate into future designs. Some of those include trail connections to FrontRunner stations, better metering onto the freeways, and noise reduction measures.

“It’s been great to be able to work with them collaboratively, share a lot of ideas,” Jefferies said. “It will make this decision a better decision for everyone involved.”

The project is still in the Environmental Impact Study phase. Jefferies said that likely won’t be complete until next spring.

There’s no projected start date, as UDOT has not yet identified funding for the estimated $500 million roadway. More information on the West Davis Corridor project can be found online, here.