Is the FLDS Church building a new temple in South Dakota? 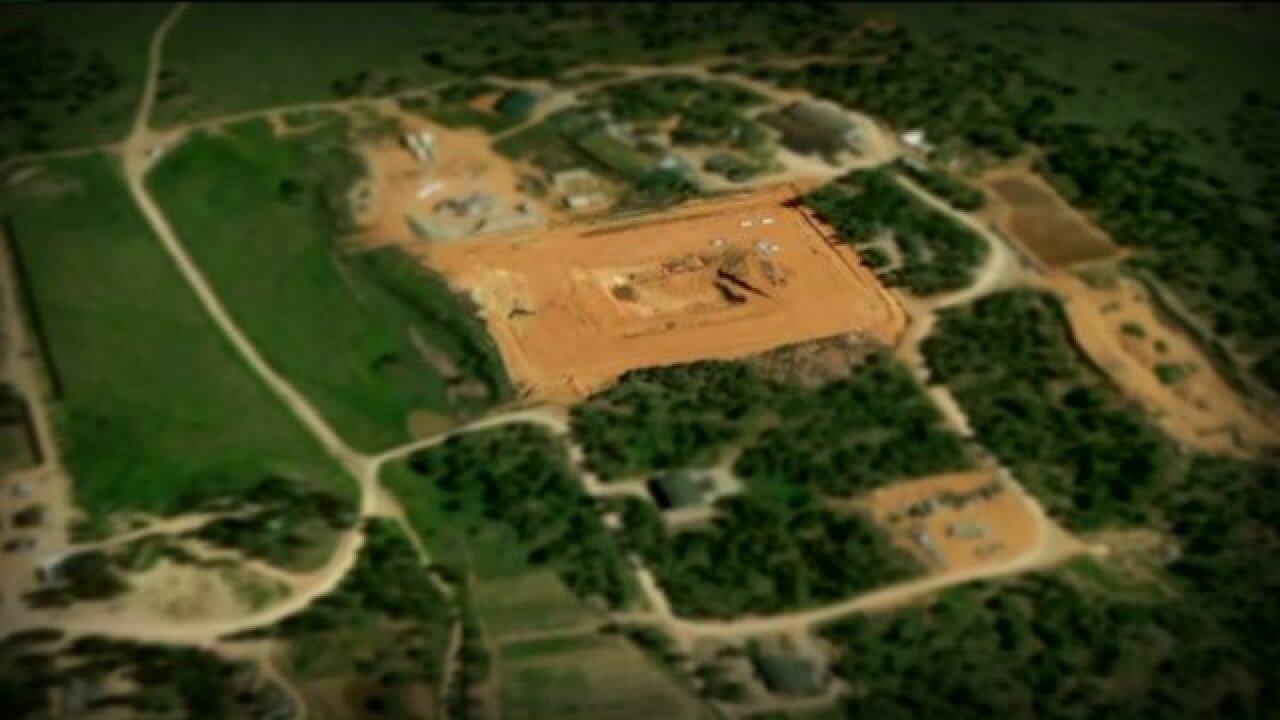 PRINGLE, South Dakota -- A barbed wire fence stretches through the forest in the Black Hills, drawing a line between the Fundamentalist LDS Church and the outside world.

In the pine trees, large cabins can be seen with the word "Zion" printed above the doors. A man can be seen in a guard tower staring out, but, otherwise, no one is out. The only sound is the wind going through the trees.

A guard tower hidden in the trees at the FLDS Church's property in the Black Hills of South Dakota. (Image by Mike Rank, FOX 13 News)

Faced with increasing scrutiny in Utah, the Fundamentalist LDS Church has been branching out from its base in Hildale, Utah, and Colorado City, Arizona. The polygamous sect has been building a compound here, deep in the Black Hills of South Dakota. FOX 13 traveled to the isolated property outside the tiny town of Pringle, as people who deal with polygamous communities met with locals to talk about the FLDS.

"The FLDS is moving in. They're moving in in a big way," said Tonia Tewell, the director of the non-profit group Holding Out Help, which works with people leaving polygamous communities. "Honestly? I think it's going to be Colorado City and Hildale where the not-so-elite are, and this is where their elite are."

Tewell was in South Dakota with Roy Jeffs, an ex-member of the FLDS Church (and a son of polygamist leader Warren Jeffs) and Sam Brower, a private investigator and author who works for attorneys suing the church. They met with locals to discuss ways to provide resources for people who wish to leave the FLDS Church and drove to the property itself.

Private investigator Sam Brower (left) and Tonia Tewell of Holding Out Help stand on an access road in the middle of the FLDS property in the Black Hills of South Dakota. (Image by Mike Rank, FOX 13 News)

"It gives me a little bit deeper insight into what really does happen and it's a little bit disturbing to me," Custer County Sheriff Rick Wheeler said after meeting with the group.

Neighbors of the South Dakota compound have always been uneasy about it since it first appeared and construction started booming. A group of them got together and purchased the property around it in an effort to stop the FLDS from expanding.

"We want to stop that growth any way we can," said David Horner, who lives nearby and chipped in to purchase the land adjacent to the FLDS compound.

Horner and his wife, Vera, said they have concerns that more people could be moving in.

"Especially with the problems they're having in Hildale, we keep hearing the elite (of the FLDS) are coming to Pringle," Vera Horner said.

What's technically a public road runs right through the middle of the compound to provide access to the neighboring property, and the owners gave FOX 13 access. Like in Hildale, the FLDS have erected massive privacy fences to keep prying eyes out.

From a distance and on satellite images, there's an outline for something big being built, with some speculation that it could be the foundation for the FLDS Church's next temple.

"It has all the dimensions for that temple," Brower told FOX 13. "It looks almost identical to the big hole in the ground in Texas when they started building it there."

The FLDS Church abandoned its temple outside Eldorado, Texas, after the 2008 raid where hundreds of children were taken into state custody -- and later returned -- over accusations of sex abuse. At Warren Jeffs' trial, it was revealed he had sexually abused some of his child brides inside the temple. He is now serving a life sentence for child sex assault.

"It was a place to carry out ritualistic rape of children and I believe that is still happening on some level," Brower said.

Court documents claim Seth Jeffs, a brother of Warren Jeffs, is running the FLDS compound in South Dakota. He was recently arrested there after being indicted in Utah as part of a massive food stamp fraud case filed by the federal government. Seth Jeffs declined to comment on this story through his St. George attorney.

Roy Jeffs worked on the property for years before he left the FLDS Church. He said the hole in the ground could be staging for construction for a temple -- but not in South Dakota. He said church leaders have talked about building a temple in Jackson County, Missouri (a place where Mormon faithful believe the Garden of Eden is).

Jeffs returned to South Dakota in an effort to see his family, whom he hasn't seen in years. Driving to the property, he said he saw one of his brothers.

"I saw my brother on the way in, we passed him," he said. "I know my family, at least some of them, are here. There's definitely no chance they're going to talk to me dressed the way I am."

Jeffs hoped to see his mother. He said she was separated him years ago under orders from church leaders and forbidden from speaking with him.

"It would be awesome to see her," Jeffs told FOX 13 as he stood at a barbed wire fence line. "It would also hurt really bad if she didn't want to see me."

Jeffs, Tewell and Brower participated in a question-and-answer session following a screening of the documentary "Prophet's Prey" in nearby Hot Springs. Neighbors of the property complained that the group recently got permission to expand the amount of water they draw.

"They got their water permit for a water system that is twice the size of the southern Black Hills water system," said Scott Johnson. "That's scary."

Neighbors fear that could mean more people could be moving from Utah and Arizona to the South Dakota property.

"I wish they weren't there," said Kathy Fleming, who lives nearby. "But I don't want them to just relocate and relocate their problems elsewhere. I'd like to see the whole thing go away and the women and children set free."