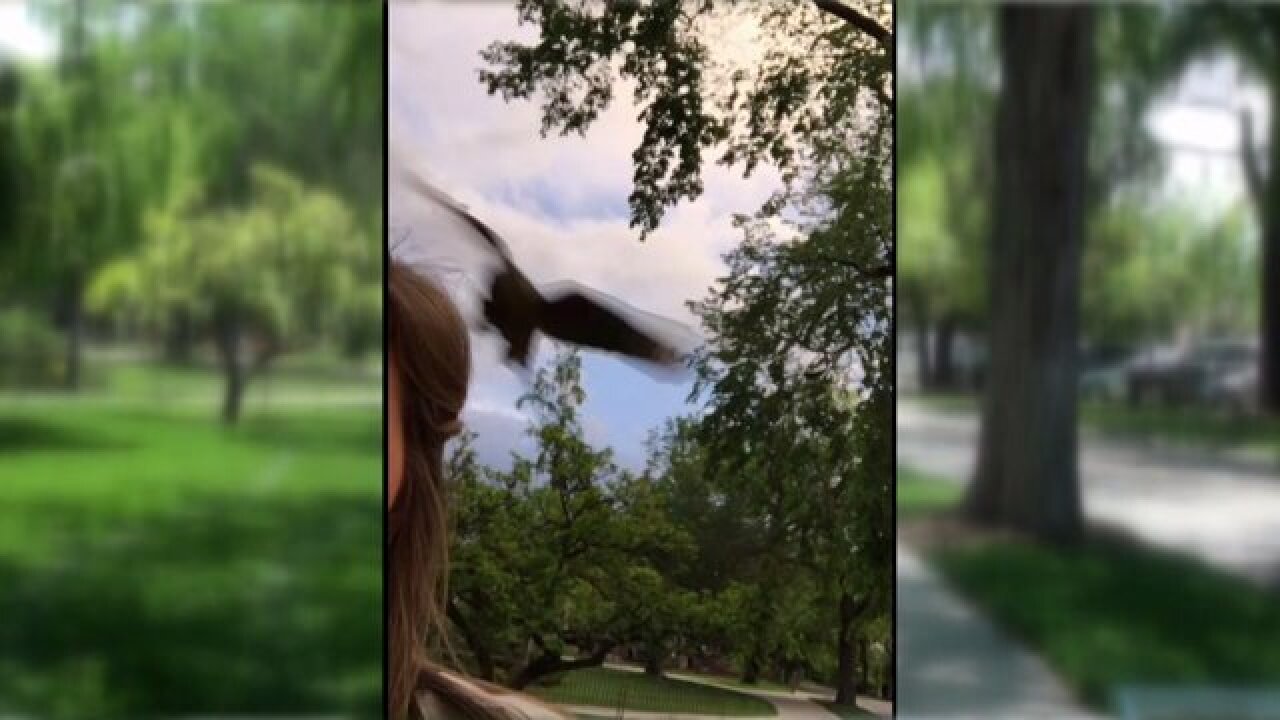 PROVO, Utah - A dive-bombing hawk is causing students at Brigham Young University to run for cover.

Recently a Cooper Hawk has set up home in one of the large trees outside the Brimhall Building, and has no reservations about marking her territory. Students and employees have reported being attacked by the bird, simply for using the sidewalk underneath.

“I was walking down the sidewalk, and out of nowhere was hit really hard in the back of the head,” said BYU employee Mike Brousseau. “About 15 seconds later it hit me again on top of the head, and drew blood.”

The Utah Division of Wildlife Resources said bird attacks happen quite often. The instinct is like those of any animal, to protect their young.

“They’re very protective, defensive,” said Bob Walker, Utah DWR wildlife program coordinator. “And not only to human intruders, but certainly competitors, other birds and even mammals.”

Walker said the nesting period for Cooper Hawks is between 27 and 34 days, meaning the hawks will be around for the next month or so.

He said there’s not a lot to be done, except cover your head, or plan a different route to class.

“It’s a good idea to wear a hat,” Walker said. “And if you don’t have that, if you’ve got a sweatshirt or even a towel because, yeah, some of those birds really will get so close they will, in fact, ‘attack’ you.”

So far, no serious injuries have been reported. BYU has put up a sign warning pedestrians of the danger zone.