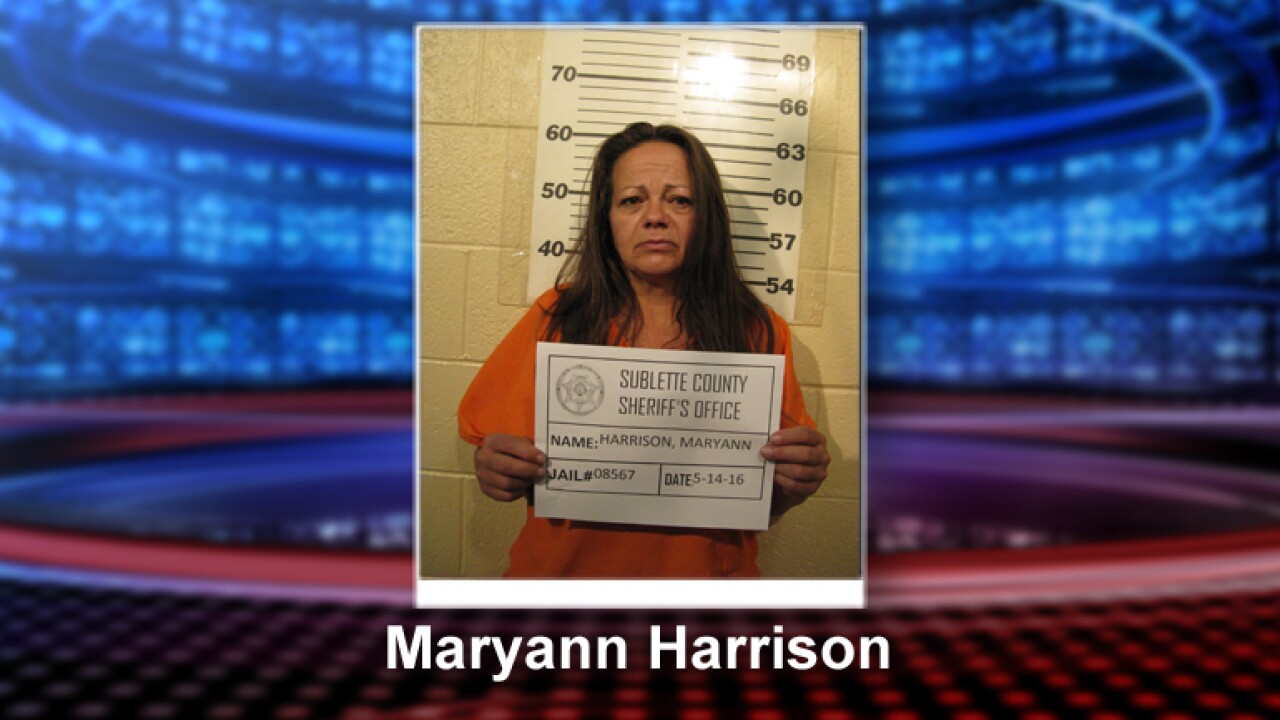 PINEDALE, Wyo. -- Multiple agencies were searching for a Utah man wanted in connection with an alleged assault and kidnapping, and by the end of Saturday  that suspect, his father and his mother were all behind bars.

Police were looking for DJ Harrison and his father Flint Harrison after the pair allegedly assaulted and kidnapped a mother and her four children. Flint Harrison surrendered before his son did, and DJ's mother came to Pinedale as authorities searched for her son.

Maryann Harrison told FOX 13 News over the phone she was coming to the scene in hopes of talking her son into surrendering peacefully, but the woman was arrested Saturday and was found to have $10,000 in cash on her person.

The woman told police she brought the cash to pay her son's bail if and when he was arrested. However, Maryann Harrison is on parole and isn't allowed to leave Utah. After refusing to return to Utah after a conversation with her parole officer, the woman was arrested.

"She's sitting in jail, so all three of them are in the Sublette County Jail right now," police said of DJ, his mother and his father.

Maryann Harrison traveled to Wyoming with DJ's grandmother, who police escorted back to Utah.