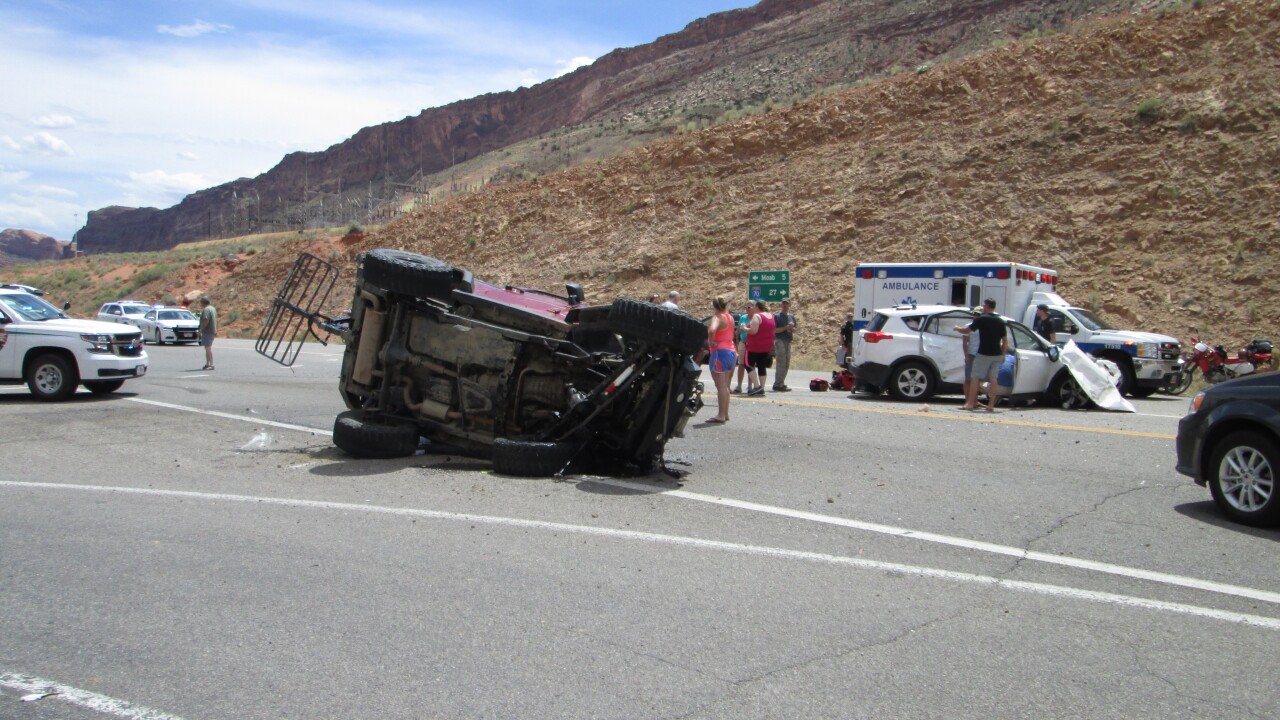 The scene of a fatal crash near the entrance to Arches National Park May 14, 2016. Images courtesy Utah Highway Patrol. 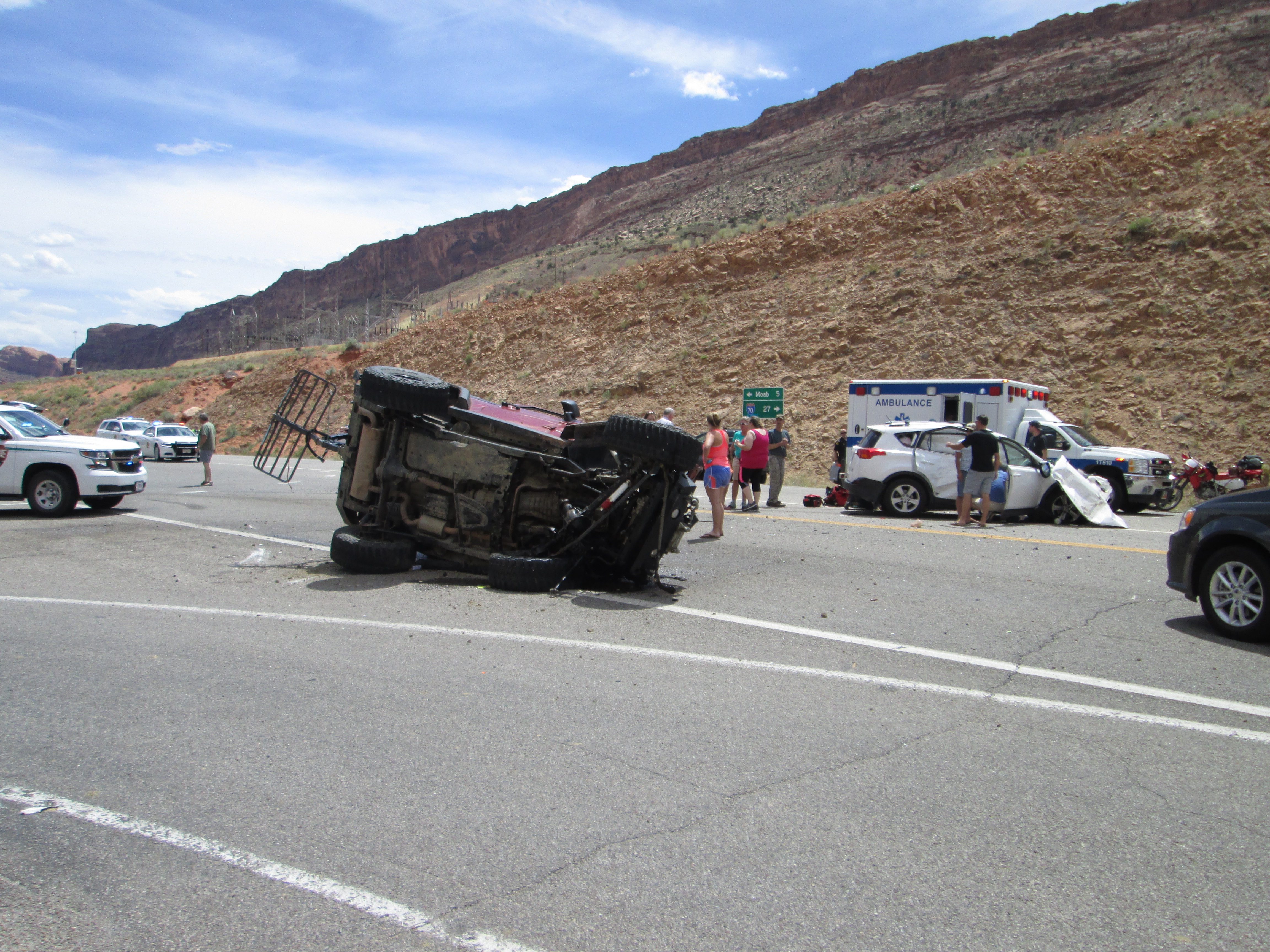 ARCHES NATIONAL PARK, Utah — A teenage girl from Texas died after she suffered injury in a vehicle crash near the entrance to Arches National Park, and authorities say an improperly worn seat belt may have contributed to her death.

The crash occurred Saturday around 1:41 p.m. on SR-191 at the intersection with Arches Scenic Drive near the entrance to the park.

A Jeep was stopped at a stop sign and waiting to turn southbound onto SR-191, according to information from the Utah Highway Patrol. At the same time, a Toyota Rav4 with four occupants inside was northbound in the right lane of SR-191 while a pickup truck was traveling north in the right-turn only lane.

When the driver of the Jeep attempted the southbound turn, the Rav4 struck the Jeep broadside, causing the Jeep to overturn while the Rav4 spun and came to a stop in the roadway.

Two adults and a 5-year-old girl inside the Rav4 suffered minor injuries, and police believe those three were restrained. The fourth occupant, 15-year-old Hanna Greening of San Angelo, Texas, was believed to be wearing her seat belt incorrectly. She was taken to a hospital with critical injuries, where she later died.

While details about their relationship were unclear, three of the four occupants in the Rav4 share the same last name and all are from San Angelo, Texas.

There were two occupants of the Jeep, two adults from Evansville, Wyoming. Both parties suffered injuries but are expected to survive. They were taken to Moab Regional Hospital. Specific details about their condition were not available.

Police said they do not believe alcohol, drugs or excessive speed were factors in the crash.