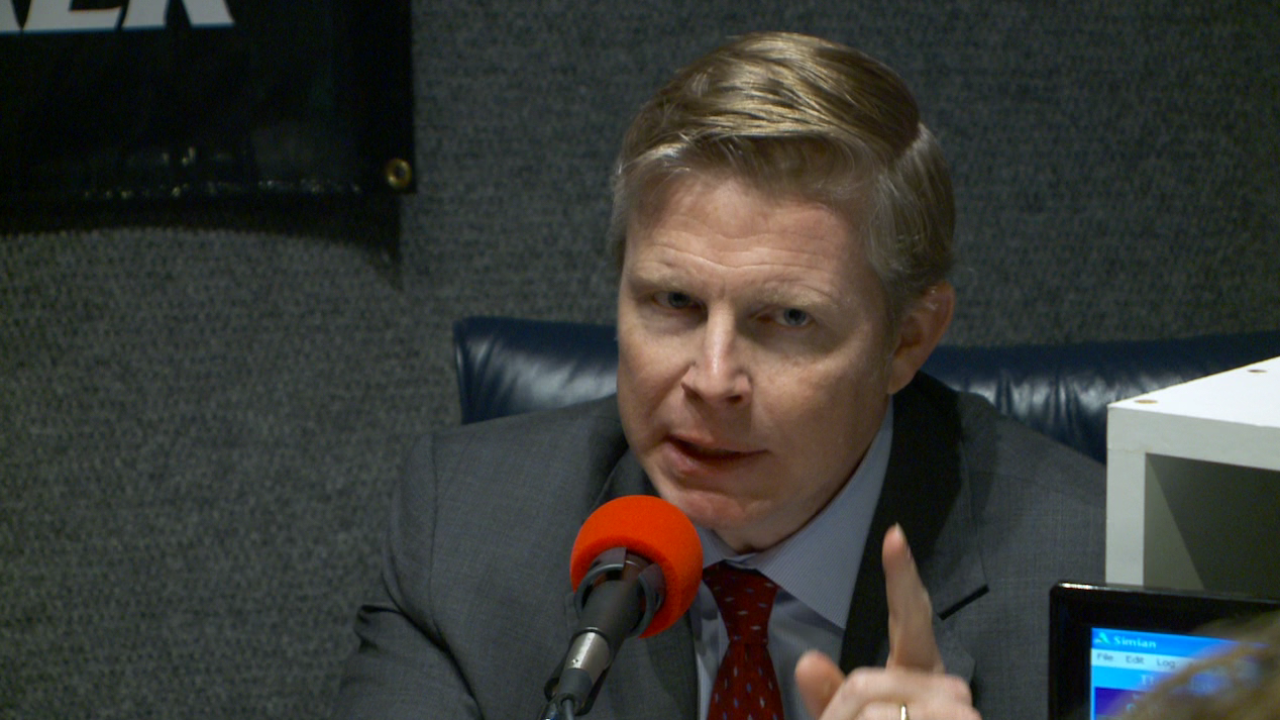 FILE: Republican candidate for governor Jonathan Johnson at a debate on KTKK Radio.

SALT LAKE CITY — Jonathan Johnson’s campaign issued a statement Wednesday in response to a poll that shows incumbent Gov. Gary Herbert with a strong lead in the race, saying “To put it bluntly, Utah Policy’s polling numbers are wrong.”

The poll published by Utah Policy May 11 surveyed nearly 600 adults between May 2 and May 10, and it found that among Republicans Herbert leads 74 to 19 percent with 8 percent undecided.

The poll puts Herbert in the lead 62 percent to 23 percent among all voters, though only registered Republicans can vote in the primary. Visit Utah Policy’s website for more in-depth findings from the poll.

In a statement, the Johnson campaign accuses Utah Policy of attempting to influence the race through the release of poll data and claims the numbers are wrong.

“Prior to the Republican State Convention last month Utah Policy attempted to influence the Governor’s race results by releasing poll numbers that were proven to be outlandishly wrong. Their efforts now with the release of these latest polling numbers, once again conducted by the Herbert campaign’s own pollster, are beyond rational comprehension.

To put it bluntly, Utah Policy’s polling numbers are wrong. Utah voters don’t want a third term of a governor who’s raised out taxes by $625 million and forced Common Core and SAGE testing on our kids.

Just as Jonathan Johnson defeated Governor Herbert convincingly at the state convention, he will end Herbert’s 26 years as a career politician at the upcoming primary election.”

Johnson and Herbert were the two candidates to emerge from the state GOP convention in April, where Johnson secured 55 percent of the delegates’ vote to Herbert’s 44 percent.