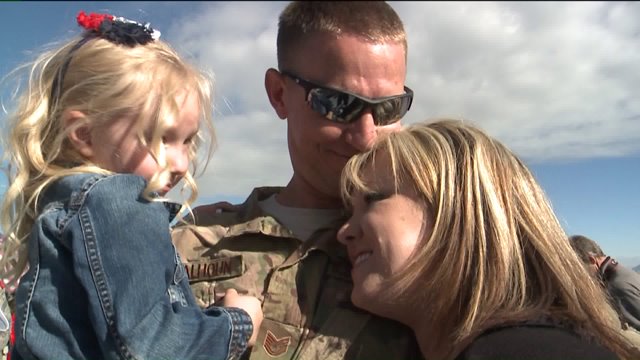 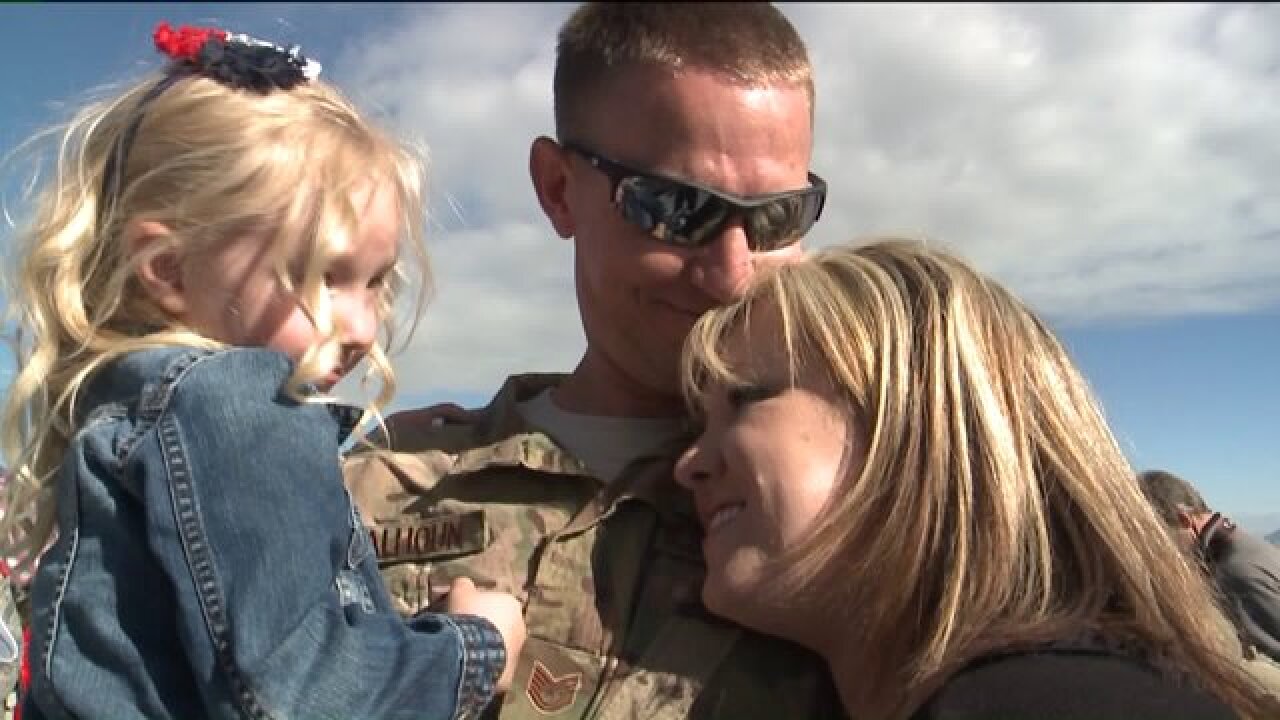 HILL AIR FORCE BASE – Dozens of families waited anxiously to greet their loved ones at Hill Air Force Base Tuesday morning.

Three hundred airmen from the 421st Fighter Squadron came home after being deployed for nearly eight months in Afghanistan.

“We're here to pick up our daddy, yeah? You're here to get your daddy?” Kalli, a wife of an airman, asked her baby.

“It’s Exciting and anxious and nervous. All wrapped in one,” said Brooke Wiggins, a wife of an airman.

Once they touched down, they were welcomed with open arms, long awaited hugs, tears of joy and plenty of kisses.

There were some heartfelt banners on display; one was on a stroller with a baby inside.

One girl held a sign that read: “Over here daddy. I’ve waited 200-plus days for this hug.”

“I'm very, very excited almost to tears were just really excited to have him home,” said an emotional wife.

During their deployment, the 421st Fighter Squadron provided air support to coalition forces.

“We had probably 60 percent of our pilots first combat deployment and then those of us a little longer who have done a few. Who've been in both Iraq and Afghanistan,” said Lt. Col. Mike Meyer, Commander 421st Expeditionary Fighter Squadron.

This mission could be the last deployment for the F-16’s with the F-35’s coming online now at Hill Air Force Base.

“Obviously, we could still send them there, the aircraft is every bit as capable as it has been for all that time,” Meyer said.

For now, the airmen are looking forward to resuming duties at home.

“Go catch cat fish and all that good stuff,” said Molly, daughter of an airman.

The airmen will have about two weeks to relax and catch up with family before reporting back to work.