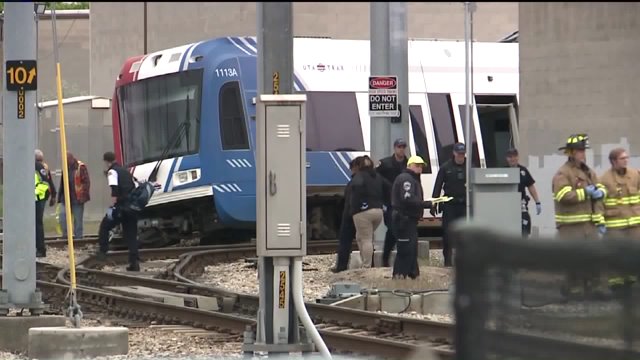 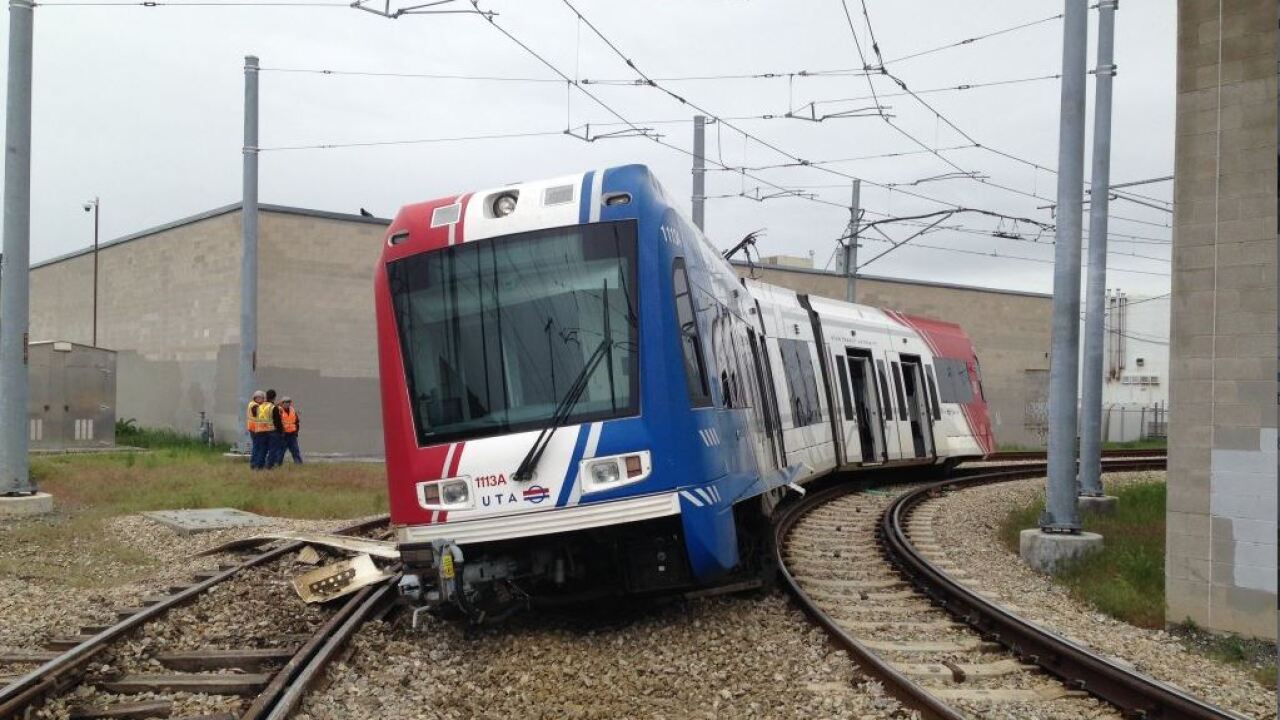 Remi Barron, Spokesman for the Utah Transit Authority, said a green line train traveling south derailed while making a turn after leaving the Central Pointe Station near 2100 South and 200 West.

"The whole train just slid, it went off the track," said Michael Jereb, a passenger on that train.

"It took off like it was out of control," he said, of the moments before the derailment. "It was way too fast. It was like it was going to go straight, like the regular trains usually do."

Jereb said people went flying. "One got his head bumped up pretty bad and a lady, she was on the ground and screaming in pain," he recounted.

Captain Mark Bednarik from Salt Lake City Fire said the call came in to them around 3:30 pm, and they sent their heavy rescue team to the scene.

Gary Keller, South Salt Lake Police Department, said there were 14 people on the train when the incident occurred. While initial reports showed four patients were taken to hospitals, with two in serious condition, Barron later said only three passengers ended up in the hospital with minor scrapes and bruises.

Some reports from officials also stated the train had been approaching Central Pointe Station at the time, but it was later confirmed the train had left the station when it derailed.

Fire officials said several other patients were evaluated by paramedics at the scene.

It was not immediately clear how fast the train was going or what caused it to derail.

"Not sure how they're operated, if there's certain automatic controls that take place," Keller said. But, he said they can guess one factor.

"It appears at this point... speed may be a factor," he said adding, "that waits to be seen."

A bus bridge has been set up to shuttle passengers between River Trail and Central Pointe stations, according to UTA. That bus bridge is expected to remain in effect for most of Sunday.

Barron said they expected the line to be operating as normal Monday, but they are preparing contingency plans in case further issues arise. Visit their website for information regarding service alerts. 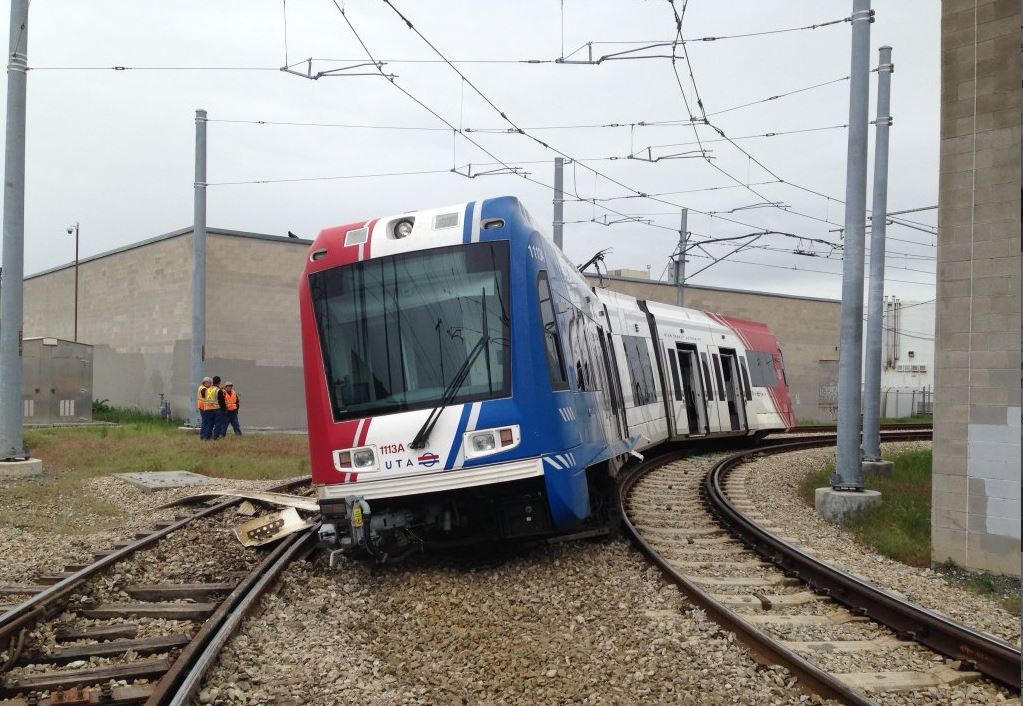