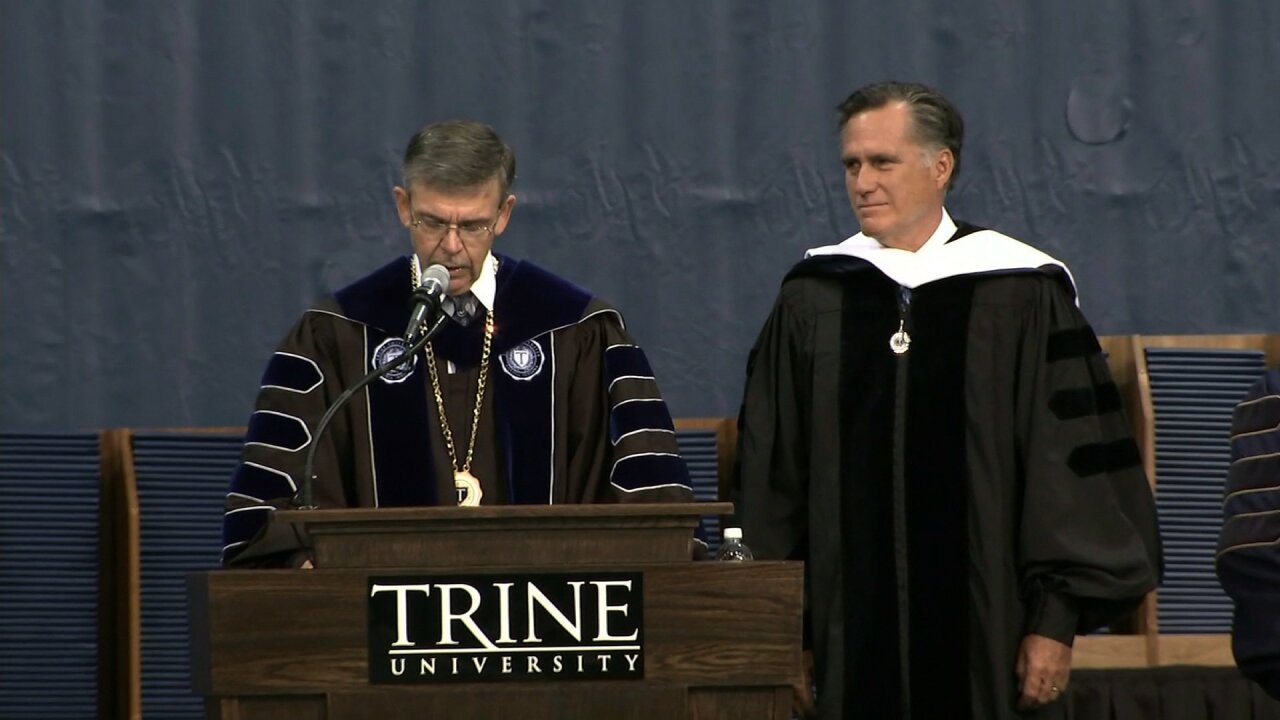 Mitt Romney warned of “demagogues” in a commencement speech in Indiana in a thinly veiled shot at Donald Trump and Bernie Sanders.

“Demagogues on the right and the left draw upon our darker angels, scapegoating immigrants and Muslims or bankers and business people,” Romney told graduating students in an otherwise politics-free speech at Trine University in Angola, Indiana.

He didn’t name Trump or Sanders. But the former Massachusetts governor and 2012 GOP nominee was clearly referencing Trump’s proposals to ban Muslims from entering the United States and build a wall along the U.S.-Mexico border, as well as Sanders’ consistent criticism of Wall Street.

The speech comes two days after Romney quietly met with The Weekly Standard editor Bill Kristol, a conservative movement bulwark who is attempting to court a third-party candidate to oppose Trump and Hillary Clinton in November.

He made no reference to that meeting, but did say: “Almost nothing I’ve done in my career was planned in advance. I could hardly have predicted I would get into politics.”

Romney has been among Trump’s sharpest critics since the former Massachusetts governor delivered an early-March speech in Utah, attempting to rally conservatives around alternatives to the real estate mogul. This week, Romney said he wouldn’t attend the upcoming Republican National Convention in Cleveland in July.

Romney’s denunciation of “demagogues” came amid warnings of other challenges facing young people.

“Profiteers tempt and endeavor to hook us with compulsive addictions,” Romney said. “Entertainment media distracts us from the things that bring enduring achievements and happiness.”

Romney’s remarks evoke comments made by Michael Bloomberg last week, who also urged college students in a commencement address at the University of Michigan to reject “demagogues” in the presidential race — chastising both Republicans and Democrats, though he, like Romney, didn’t mention any candidates by name.