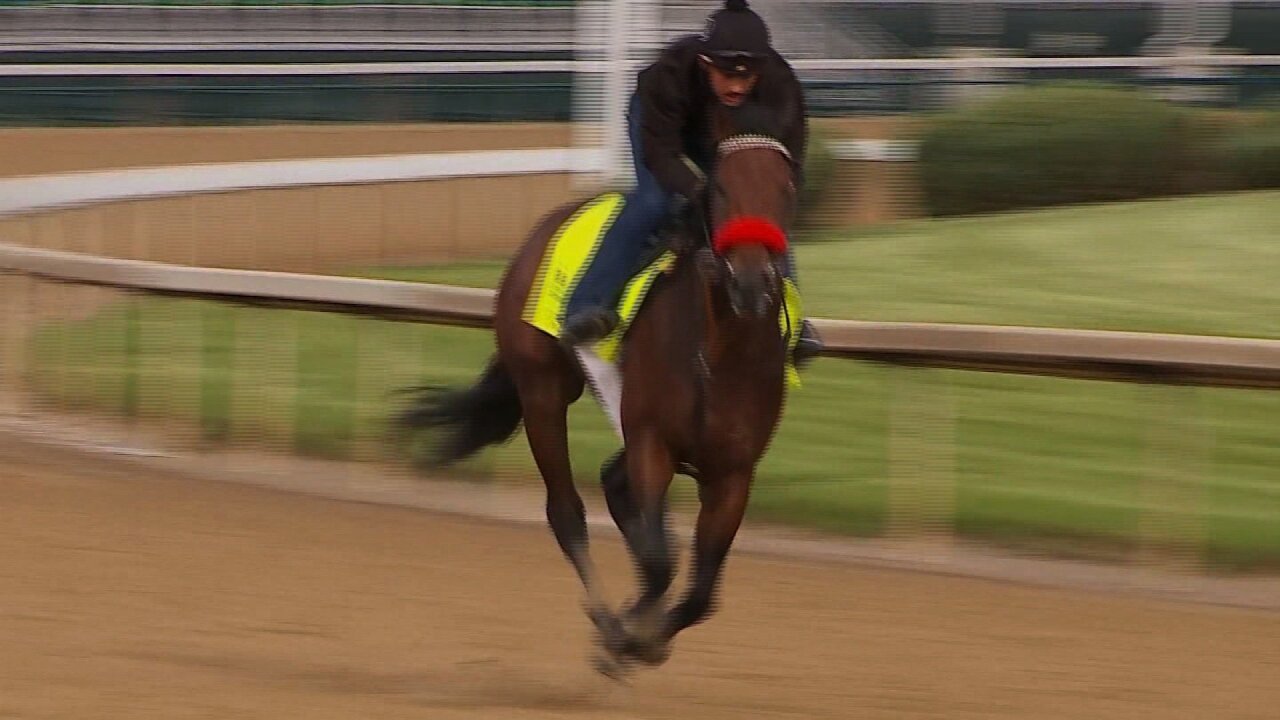 Nyquist, a 2-1 favorite who is now undefeated in eight starts, grabbed the lead down the homestretch and held off Exaggerator to win by 1 1/4 lengths.

“It was an amazing feeling, ” Gutierrez said. “Nyquist only needs a horse to push him. If he feels somebody coming he’s going to keep going as fast as he needs to go. I have never doubted my horse.”

The pace for Saturday’s race was much faster as Danzing Candy raced from the No. 20 post to the lead. Nyquist broke well and settled in behind and was in the top three horses for most of the race. With Danzing Candy fading down the stretch, Gutierrez urged his 3-year-old colt to the lead.

With 1/16th of a mile remaining he looked well clear, but Exaggerator closed fast until he ran out of time and track.

“I thought we had time to catch Nyquist,” said Exaggerator’s trainer, Keith Desormeaux. “What a horse (Nyquist). I can’t respect that horse enough.”

Gutierrez was aboard Derby winner I’ll Have Another in 2012 in his only other start in the Run for the Roses. He became the first jockey to win his first two Derby races.

I’ll Have Another, also owned by Paul Reddam, won the Preakness four years ago but missed the Belmont Stakes because of a tendon injury.

The next leg of the Triple Crown, the Preakness Stakes, will be held May 21.

Reddam said: “I only thought to this (race). Maybe later tonight we’ll think about two weeks from now. Having been close to a possible Triple Crown (in 2012) made me realize it doesn’t happen until it happens, so we’re going to enjoy this moment.”

A total of 167,227 people attended the Derby, the second-highest attendance ever for the race. Last year, there were 170,513 fans.