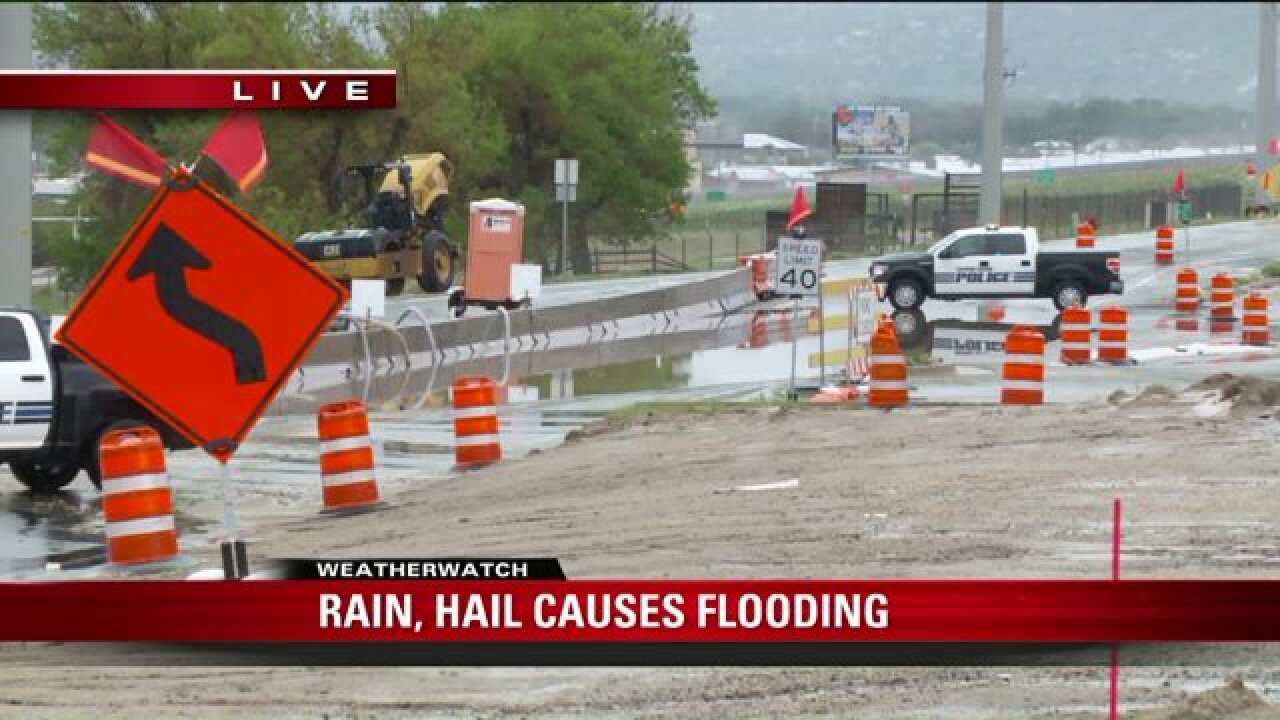 SALT LAKE COUNTY, Utah -- A flood advisory was in effect for about an hour in Salt Lake County Saturday, and several roads experienced issues due to flooding from rain and hail.

The advisory was issued around 3:30 p.m. and applied to Draper, Riverton, Herriman, and Bluffdale. The warning expired around 4:30 p.m.

UDOT reported around 4 p.m. that flooding had closed Pony Express Road at 14600 South, and about 15 minutes later they stated a right-hand lane of southbound Redwood Road was closed at 12600 South in Riverton.

Click here to monitor the storm with our interactive maps and radar.