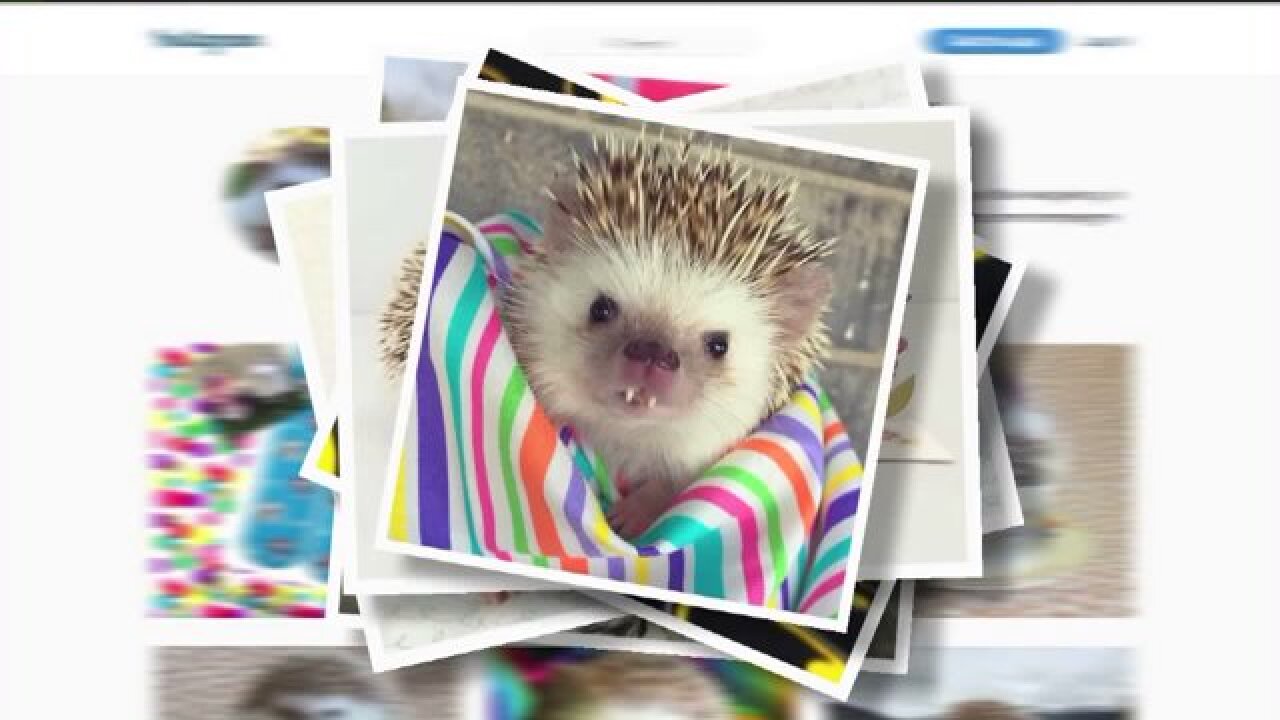 SALT LAKE CITY -- An adorable little hedgehog is winning the hearts of thousands of people online with help from his human, Carolyn Parker.

“His full name is Hodge Huffington the Cricket Slayer, King of the Quills and first of his name,” Parker said, explaining the name was a play off the TV show “Game of Thrones.”

But most just call him Huff.

“He looks prickly and kind of scary on the outside, but he’s really a cuddle bug,” Parker said.

When Huff's not sleeping or running on his wheel, the nocturnal pet poses for pictures that take over Instagram.

“Huff is really cool, and I like to show him off with different themes,” Parker said.

The likes flood in when Parker posts pictures of the little critter showing off his adorable little fangs. But he won't show off his toothy grin without something in return.

In a matter of months, Huff has racked up tens of thousands of fans.

“When people comment and say, 'Oh this made my day so much better', or, 'This is the cutest hedgehog I’ve ever seen.' It’s really exciting,” Parker said.

Carolyn adopted 3-year-old Huff a year ago. He had been with another family that treated him poorly, but Parker says Huff is the one who rescued her.

“I kind of liked the grumpiness of him, I kind of could relate,” Parker said.

While each picture has thousands of likes, her favorite is the first one she took.

“We were just hanging out and he had a smile on him, and I thought it was really cute, and that’s what inspired me to take pictures of him because I realized he was adorable,” Parker said.

She says Huff will keep on hogging all the attention.

“It has been a positive thing in my life, and really an experience I’m grateful for,” Parker said.

The hilariously cute account describes itself as 'the reluctant adventures of a (mostly) happy little hedgehog in Utah.' You can follow Huff’s adorable adventures on Instagram.