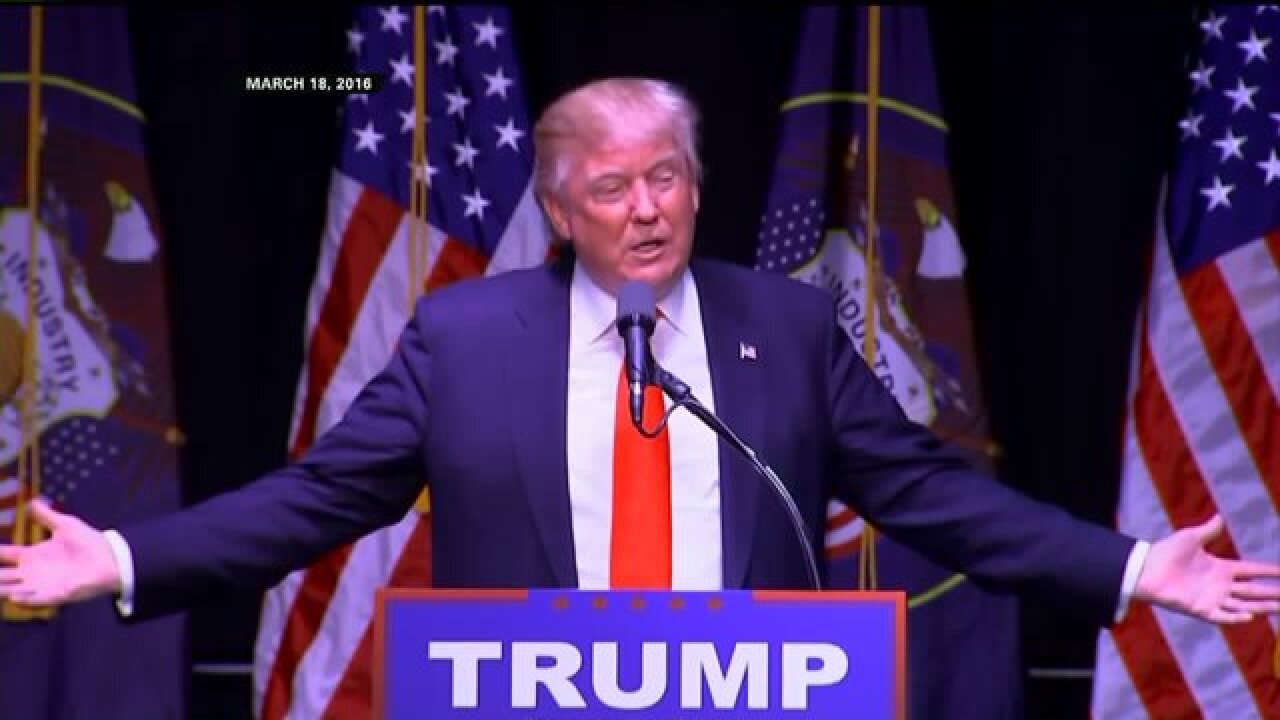 SALT LAKE CITY — Donald Trump, who was defeated by a wide margin in the Beehive State, is the presumptive Republican nominee for president.

“You either vote for Clinton, you stay home or you certainly skip that race on your ticket,” said Maura Carabello, President of the Exoro Group, a political consultant based in Salt Lake City.

An unpopular presidential pick at the top of the ticket could impact voter turnout. For Utah Republicans in tight races, it could spell trouble.

“If there is an unpopular president and there is no reason for Republicans to show up, it’s really going to hurt Mia Love in this race,” Carabello said.

Love is up for re-election for the first time.

Once again she is facing Owens.  Both national parties have put some focus on Love’s seat in congress.

Trump on the ticket would seem to be good for Owens, but he faces his own national challenge.

“The Democrats in Utah also have a big problem, they voted overwhelmingly for Bernie Sanders and they’re going to end up with Hillary Clinton,” said Boyd Matheson, president of the conservative think tank the Sutherland Group.

Utah Democrats gave Sanders one of his most lopsided wins and Clinton never has visited the Beehive State as a presidential candidate.

Matheson thinks the voter apathy will be evenly spread between Democrats and Republicans and will not have a significant impact for any local candidate.

He also thinks Utah voters will go through a period of mourning, but will come around to back Trump.

“I don’t think Hillary has a chance in Utah,” Matheson said.

It could turn into a numbers game, the focus less on who shows up to vote, but who doesn’t show up.

“Voter turnout is going to be lower. The lower it gets I’m going to say the odds are higher for Clinton… I think she’s got a shot in Utah,” Carabello said.