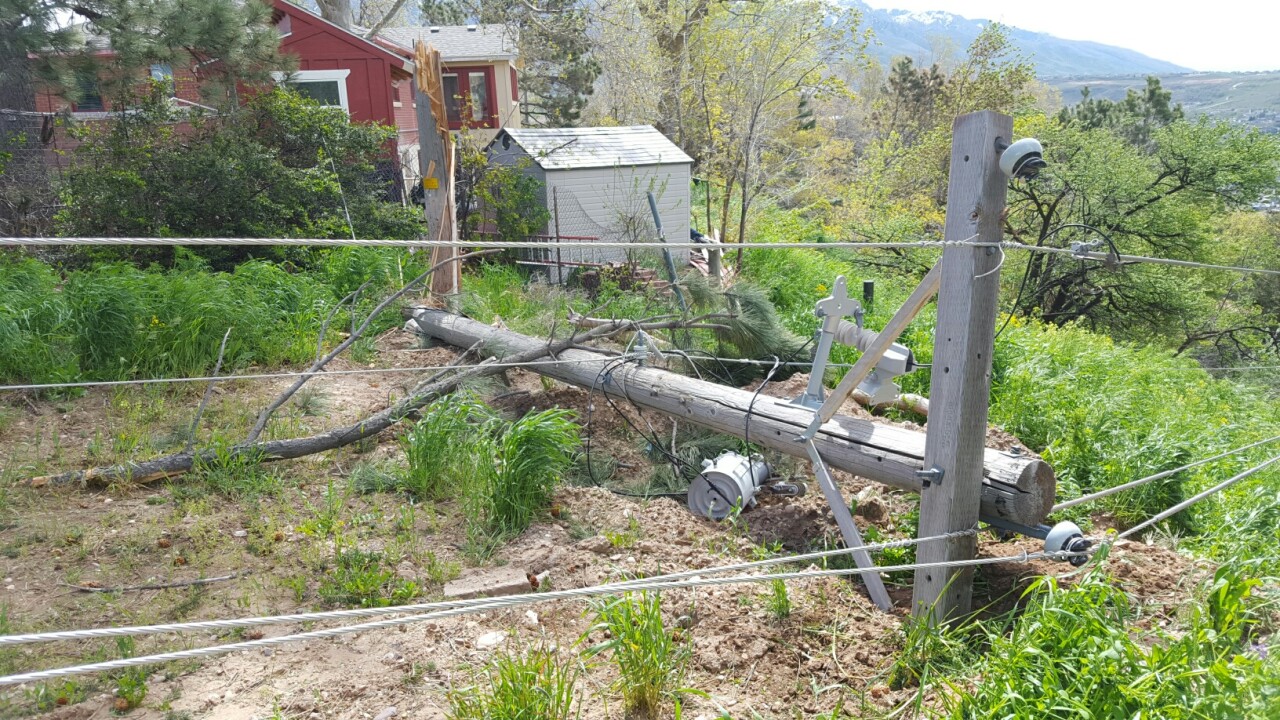 NORTHERN WASATCH FRONT, Utah -- More than 7,000 Rocky Mountain Power customers are without power in the Layton and Ogden areas due to a severe windstorm that tore through parts of the state Saturday night and into Sunday.

"One, two, three," Lincoln Talbot counts the cherry trees that have been uprooted by the winds.

Talbot and his family have owned and operated a cherry orchard in Kaysville for more than a hundred years.

"We get East winds all the time, but this is probably one of the worst," he said.  Talbot counted at least 20 trees that were uprooted by strong winds Saturday night.

"I knew it was going to be bad," added J.R. Morgan, who lives in Ogden.  Morgan is helping a friend who had a tree collapse on their roof.

"They always joke that I have five chainsaws," he said. "But now, you know why."

RMP states they are aware of multiple reports of downed power lines and trees that have fallen on lines due to the severe wind storm. They state that all of their local crews are engaged in repairs and additional contract crews have been enlisted for restoration efforts.

"We will continue to work throughout the day to restore power," the company stated on their website. "Some customers may need to prepare for their electricity to be out throughout the evening in to Monday."

The company also reminds people to treat all downed lines as active and dangerous. Visit their outage page for updates on the status of outages and repairs.

A high wind warning is in effect until 3 p.m. for areas along the Northern Wasatch Front, but a tweet from UDOT indicated that strong wind gusts were expected to persist until 1 a.m.

Sunday, Gov. Gary Herbert was in the area with other officials to assess the damage.

The National Weather Service posted a list of peak wind gusts over a 24-hour period, and as of about 3 p.m. Sunday the strongest was at 91 mph near US-89 and Park Lane around 5 a.m.

On Sunday morning, several semitractor-trailer drivers pulled off Interstate 15 in Centerville near Parrish Lane because of the dangerous wind speeds. A pickup truck struck one parked semi trailer, and a Magna man was killed in the crash.

Another series of crashes and wind-related issues caused a temporary closure of northbound lanes of I-15 near Brigham City.

According to the National Weather Service, strong downslope winds are expected to continue into the afternoon hours. Wind gusts in excess of 70 mph are expected along the areas closet to the Wasatch Mountains.

The highest recorded wind gust during this event was 90 mph in Farmington, according to FOX 13 News meteorologist Brek Bolton.

There are strong crosswinds expected on I-15, U.S. Highway 89 and Legacy Parkway.

Further from the mountain range, wind gusts are expected to decrease to 40-50 mph. 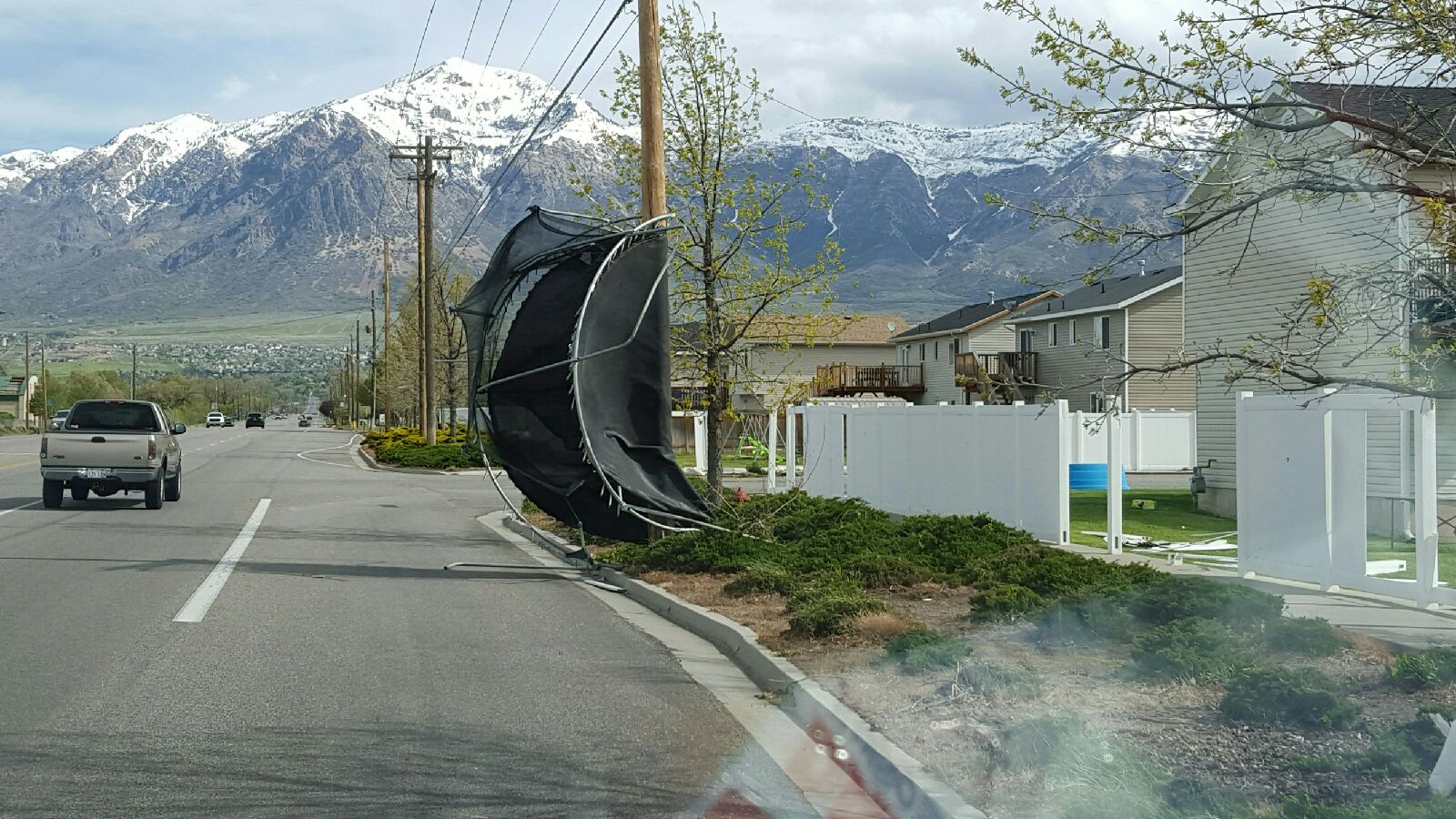