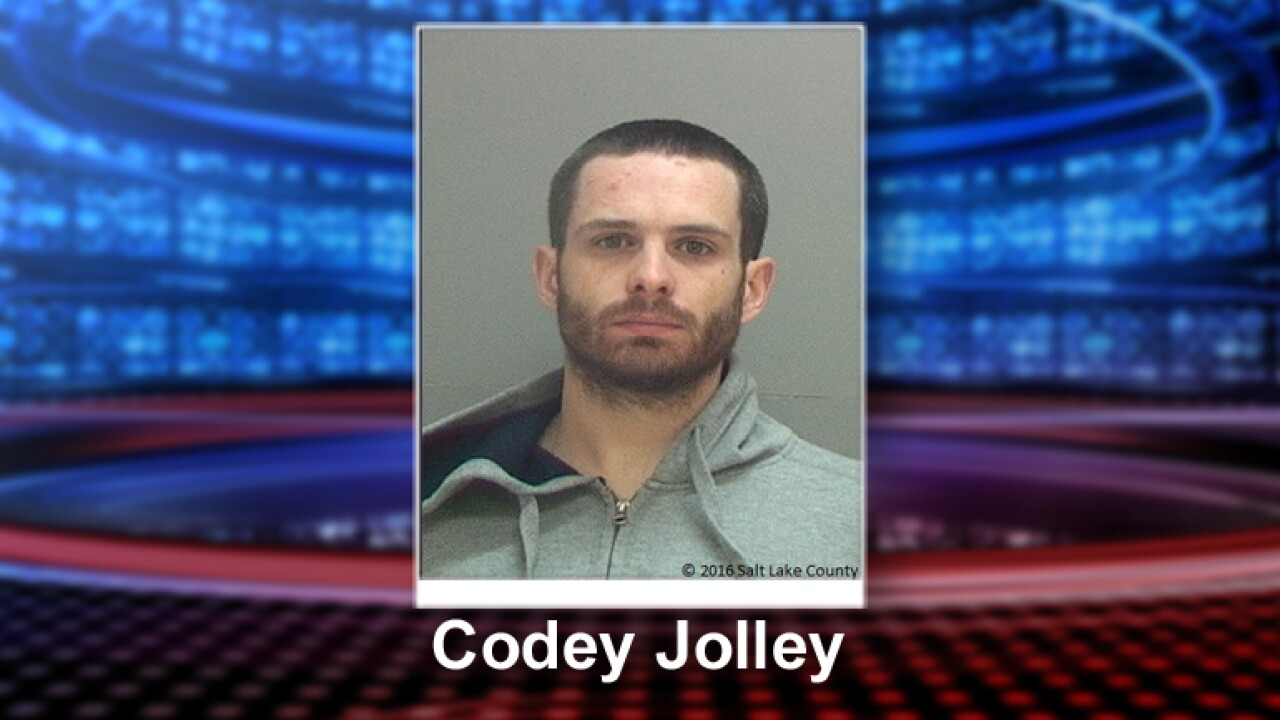 UPDATE: The charges in the case have been amended to child abuse homicide Sunday after police confirmed the 18-month-old boy died due to his injuries.

Police also confirmed the relationship between suspect and victim, saying Codey Jolley is Ethan’s stepfather and that the boy is 18 months old rather than 16 months as previously reported.

MILLCREEK, Utah – A man is facing charges including attempted child abuse homicide after an 18-month-old boy suffered critical injuries in Millcreek and is not expected to survive.

According to a statement of probable cause, police responded to a Millcreek home in the area of 300 East and 4100 South Friday.

Officers found a 18-month-old boy who had suffered trauma to his upper body and who was unconscious and not breathing. The boy had been floating face down in a bath tub, and while the man caring for the boy said it was an accident, police say it may have been an intentional act of abuse.

Police stated, “The child’s injuries were consistent with abuse and [because of the] severity of the injuries he is not expected to survive.” The child was flown to a hospital, and Saturday he remained in critical condition.

Jolley also stated that on Tuesday the boy had fallen from his high chair, striking his head on the table and bruising the right side of his face. Jolley was the only person at home with the child at the time, police stated.

Friday, Jolley said he had placed the boy in the bathtub with water in it, leaving the child in a sitting position while he went to clean some things and cook a burrito. Jolley said when he returned, he found the boy floating face down.

Jolley told police he started CPR but realized he didn’t know what he was doing, so he then called 911. Det. Ken Hansen of the Unified Police Department said the drowning may have been a deliberate act.

“It’s early in the investigation, but after a closer look it appears that this is not an accident, so today we booked the live-in boyfriend for attempted child abuse homicide and child abuse,” he said.

Hansen said that it is critical for parents to scrutinize any injuries their children suffer, and he said it’s important not to deny the possibility that abuse is occurring.

“Well, a lot of times, you know, you have to look for the little things,” Hansen said. “If there’s any indicators of any physical harm to the child, you can’t just deny that, you have to look at it and find out who did it. And if it happens to be a live-in boyfriend or a live-in girlfriend, or whatever the case may be, then that needs to be reported, and they need to be removed from where the child is.”