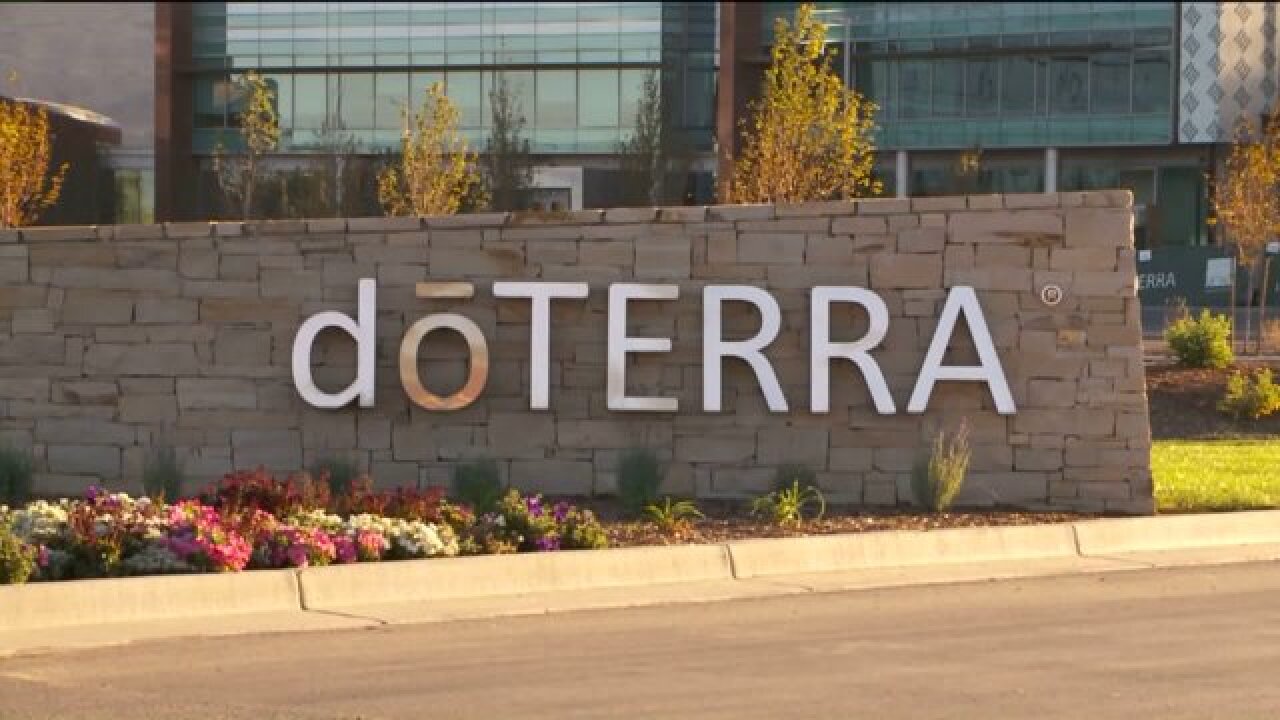 "Our third-party data provider told us that they may have been accessed and we moved immediately and hired industry security firms, forensics firms, contacted law enforcement and the Federal Bureau of Investigation," Jowers said.

Since its start in 2008, the Pleasant Grove company has grown to over three million customers and advocates with roughly 50,000 of them located in Utah.

"I'm like, 'oh, great, wonderful. My information could be out there,'" said Debbie Allen, a doTERRA customer who learned about the data breach.

Others, didn't seem as concerned over the news.

"It's happened to my husband before with another company," said Chelsie McCage, also a customer with doTERRA. "I figure I love their product, so I'm going to keep using them."

DoTERRA does encourage customers to keep an eye on their personal information in the coming weeks and months. In fact, those whose information may have been compromised should have received a letter in the mail with the kind of information that may have been stolen, stating:

So far, Jowers said it appears none of the personal information has been used, but his company isn't taking any chances. They're even offering customers two years of identity protection and credit monitoring service for free.

"Hopefully, it will be much a-do about nothing," Jowers said. "But we can't leave anything to chance."