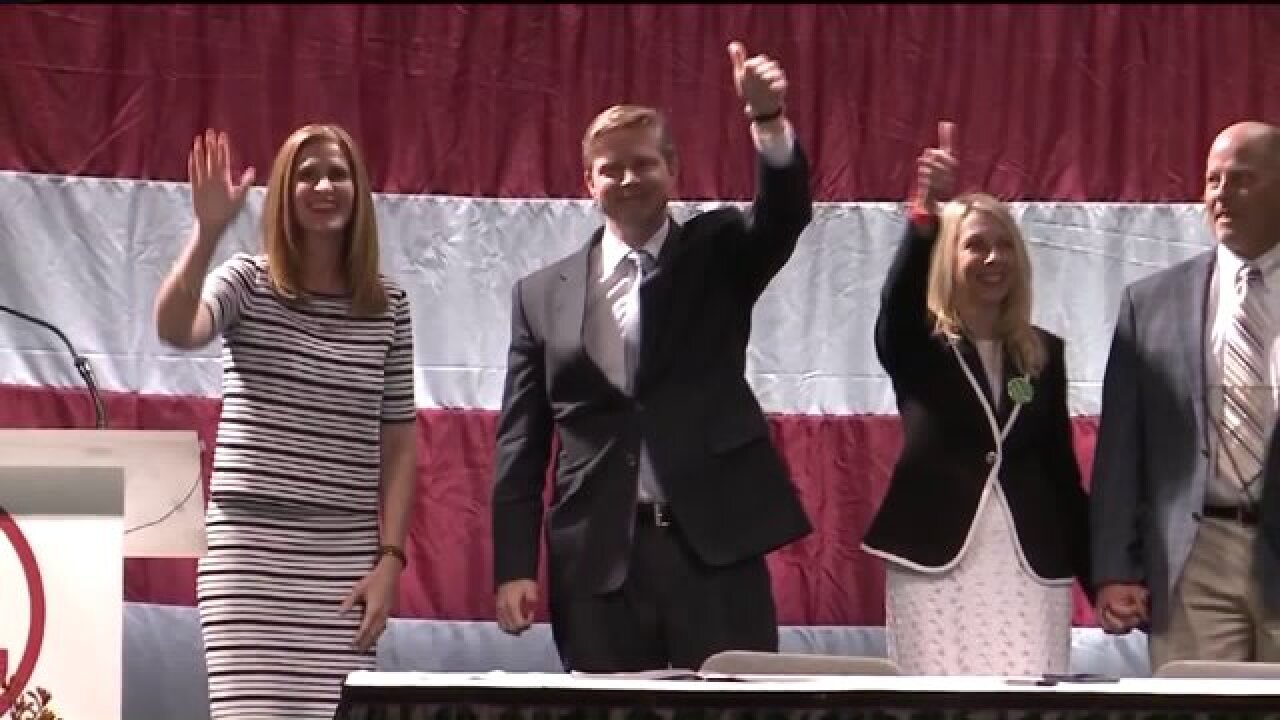 SALT LAKE CITY -- Utah Governor Gary Herbert was forced into a primary election with Jonathan Johnson for the Republican nomination.

After two rounds of balloting at the state GOP convention on Saturday, Herbert was upended by his intra-party challenger. Johnson, the chairman of Overstock.com, secured 55 percent of the Republican delegate vote to Herbert's 44 percent.

Because he gathered signatures under the "Count My Vote" compromise law, Herbert has a guaranteed spot on the ballot, despite failing to secure the convention nomination. The law was created as a compromise from the ballot initiative that creates an alternative path for candidates to get on the ballot if they gather enough signatures. The Utah GOP is in the midst of a lawsuit against the state over the law.

In an energetic speech to the delegates, the governor touted his accomplishments economically and his defense of traditional marriage, his support for the anti-porn resolution and his decision to defund Planned Parenthood. He also defended his education record.

Johnson took the stage to cheers from the crowd, accusing the governor of raising taxes and supporting Common Core.

"This is what the caucus-convention system is all about!" he declared to cheers from his supporters going into the second round of balloting.

After the results were announced, the governor said he was looking forward to the primary.

"We are excited about taking this to the next level. Rather than just 4,000 Republican delegates, we take it to the broader family of 600,000 Republicans which I think our message will resonate very well with," he told reporters.

Johnson was feeling energized and believed he could sway a larger audience than the more right-leaning delegates.

"I'm elated," he told FOX 13. "Eight months ago when we started this campaign, no one gave us a chance. We've been talking grassroots, going to the delegates. The message clearly resonated."

In other GOP convention results, Chia-Chi Teng gathered enough signatures to have a primary election with congressman Jason Chaffetz, who got more than 60-percent of the convention vote for Utah's 3rd Congressional District. David Damschen also emerged as the Republican nominee for state treasurer against Merrill Cook.