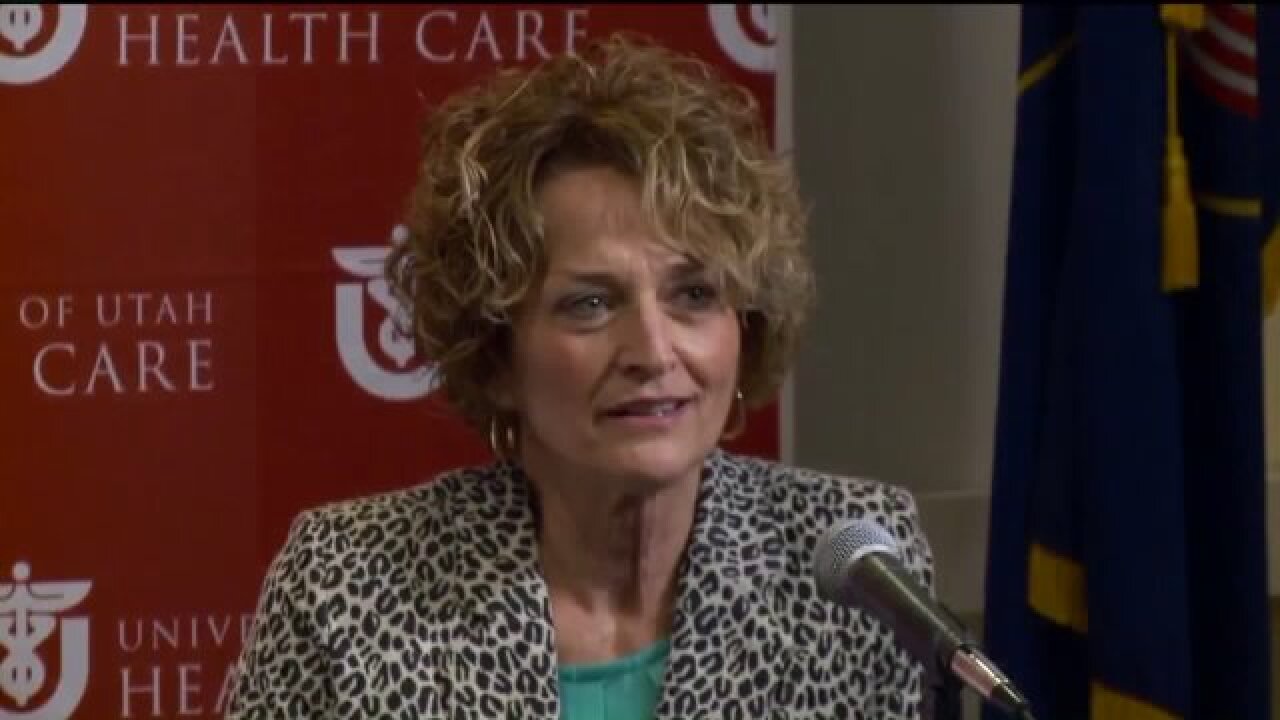 Courtesy of the Church of Jesus Christ of Latter-day Saints

Monday afternoon, about the incident and his recovery.

Richard Norby’s wife, Pam, was joined by doctors and her son, Jason, at a press conference at the University of Utah Hospital. The couple had been serving a mission in Belgium for the Church of Jesus Christ of Latter-day Saints.

Pam Norby said she recalls the morning the attacks occurred. Her husband and two other Utah missionaries, Mason Wells and Joseph Empey, had gone to the airport to drop off sister missionary Fanny Clain.

“When my husband called me that morning just minutes after it had happened he was fully aware of what he was saying to me and that was a shock, it was indeed a shock,” Pam Norby said.

While Wells and Empey were able to return to Utah days after the attacks, Richard Norby’s recovery was slower than expected due to infection and injuries.

Despite that, the family remained positive.

“It has been an interesting journey this whole experience and it was something that was totally unexpected but it happened and we hope to make the best of it and we hope we are,” Pam Norby said.

While Richard Norby’s feeding tubes have been taken out and he’s talking, doctors say, there are more operations that will need to be done and work to get him back to his daily activities.

Richard Norby will be hospitalized for several more weeks.

The Norby family says they are grateful for the medical professionals and the support they’ve received from the community.