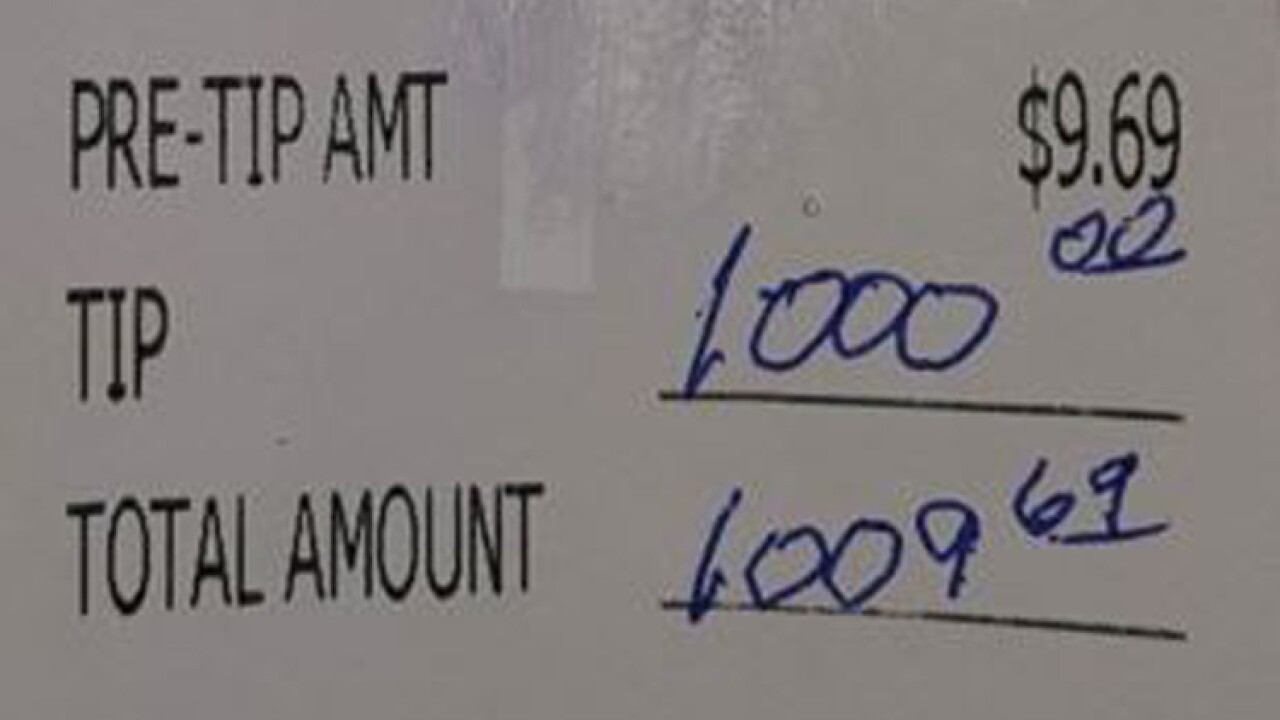 GUN BARREL CITY, Texas — A waitress in Texas was moved to tears after receiving a $1,000 tip from an anonymous customer, who apparently overheard the server telling another couple about her plans for college.

KLTV in Texas reports 18-year-old Alesha Palmer is about a month away from graduating high school and works 30 hours each week at a restaurant to save up funds for her education.

The teen was serving two tables last Saturday, including a couple she knows personally.

“They were asking about my college plans and told them my parents were helping,” Palmer told KLTV about that couple of regular customers.

But her words were apparently overheard by the other customer she had served. After he went to pay, Palmer saw him talking to the owner of the restaurant and wondered if everything was OK with her service.

“He turned over the receipt, and I kind of just stood there wide-eyed, and I just started crying, and I’m in the middle of the restaurant,” Palmer told KLTV.

Vetonis Italian restaurant posted a photo of the receipt, showing a $1,000 tip on a $9.69 ticket. The post notes the generous man requested he remain anonymous.